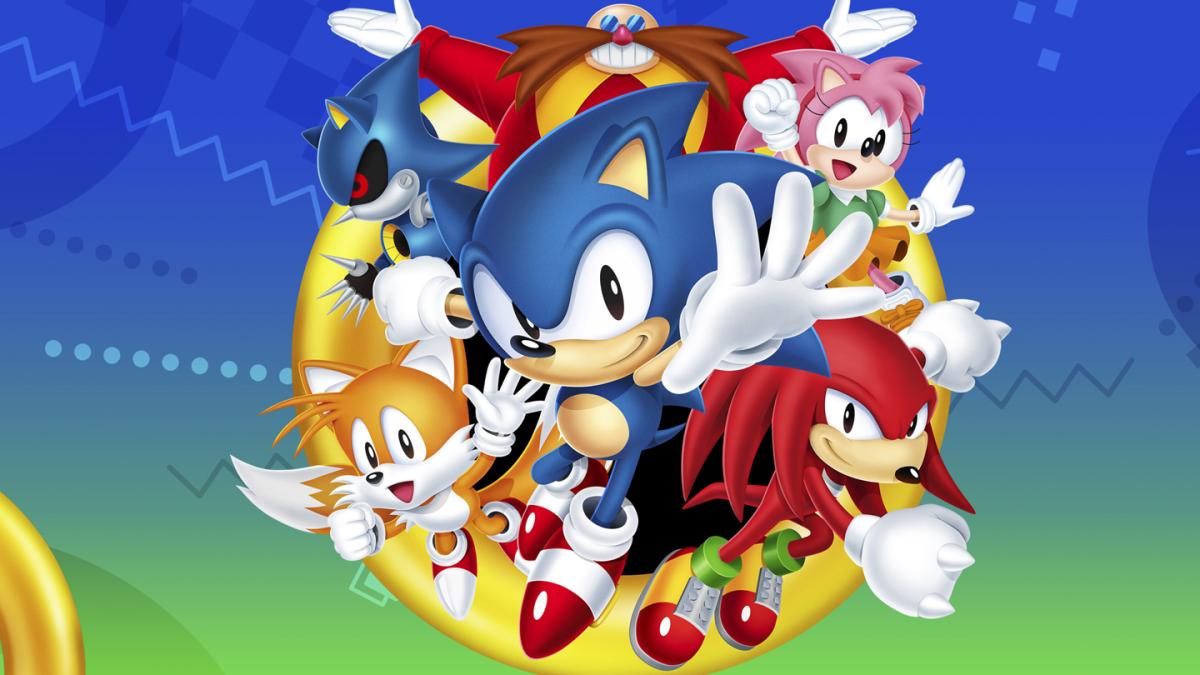 Just a few video game masterpieces they are able to continue to feel fresh decades after their release. This is what happens with the Mega Drive Sonics, whose playability, sympathy and design continue to impress us Like the first day.

SEGA knows this and has exploited them with countless reissues, 3D versions for 3DS, compilations or experiments as attractive as Sonic Mania.

Now, to celebrate the 30th anniversary of the hedgehog (which was fulfilled in 2021), comes this Sonic Origins, which gives a panoramic facelift to 4 games: Sonic 1, Sonic 2, Sonic 3 & Knuckles (i.e. the “assembled” version of Sonic 3 and Sonic & Knuckles) and sonic cd.

All these games can be enjoyed in its original aspect ratio of 4:3 (with very cool frames to decorate) or in 16:9 widescreenwith a few more extras.

Also, each game has some cool animated intro and endings that have been created for the occasion, with the illustrations of Tyson Hesse (a veteran of the Sonic comics) and the writer of the same, Ian Flynn.

From the main menu of Sonic Origins we can access each game and decide which one to play, if we do it in classic mode or Anniversary (panoramic) and if we start a new game or continue with the one we have saved automatically.

And it is that a very important change of the game resides in that in the Anniversary versions of the games no longer have lives that we can win or lose in the games. If we die, we continue from the last post or level start we have visited, with infinite attempts.

So what happens if we get 100 rings or find the typical extra life monitors? well what we will win a coinwhich we are accumulating in all the games together.

These coins can be exchange for extra attempts if we lose in a bonus phase or for special content Museum mode: illustrations, melodies or videos.

This is the official Nintendo controller for your Switch, with Bluetooth and NFC connectivity for scanning Amiibo.

Get it at the best price

We grant you that, in the 90s, we would have killed for the opportunity to have extra attempts in the bonus phases, but still, an option to play with lives would have been nice in Anniversary mode, to more accurately relive the experience we all remember. In classic mode we do play with lives, of course.

Also we miss the possibility of saving game whenever we want (something that was available in recent revisions of these games) or rewind to repeat sections. There are no save slots so if we start a new game in a certain game, we lose the one we had saved in that game.

Continuing with what we find within the menu of each game, we can also enter a Bosses mode (called Total Challenge) to overcome all confrontations in one go with Robotnik / Eggman, with 3 attempts maximum.

In the case of Sonic 3 & Knuckles, also includes a mode to play the sphere bonuses blue without having to go through the main game and for the sheer pleasure of beating them.

We can access the classic bonus phases or new ones created for the occasion, with very complex routes and special spheres, such as a teleportation sphere.

Finally, once we get through each game, we unlock mirror modeso that we can overcome it by running from right to left, instead of in the traditional sense.

If we keep moving through the main menu, we can come to a Challenges mode, which consists of two parts. A: beat ALL games in order (Sonic 1, Sonic CD, Sonic 2, Sonic 3 & Knuckles) and all at once, as if it were all one gigantic story.

The other part is a collection of interesting challenges focused on specific sections of the levels. For example: defeat a specific number of enemies in a few seconds, collect as many rings as required…

If we succeed and depending on how well we do, we will receive a rating and the corresponding number of coins. The challenges are quick, but interesting, especially if you’re a Sonic veteran.

On a graphic level, the games are practically identical to the originalsbut with its famous panoramic mode and the possibility of using an anti-aliasing mode which, by default, is disconnected. And it’s for a reason: it looks terrible, better leave the pixelaco in all its splendor.

For those of you who played the original Sonic in Spain, you will be surprised to see that games come from NTSC version and use 60hz modeso they go faster. There are other small “regional” differences that apply here, like the rippling of the water in the Labyrinth Zone or some changes to the presence of enemies.

In Sonic 2, it is noteworthy that the bonus stages have been rebuilt partially and the “half pipe” that we go through is now more detailed and fluid. This is probably because the original graphics system could not accommodate the wider width of 16:9 mode.

In fact, this is noticeable in some encounters with Robotnik, who is “accelerated” a bit so that he reaches the exact and most distant point on the screen where he has to be. They are small details for the fan who wants to spin fine, but you will live the games with the same nostalgia as always. They keep playing great!

By the way, the sound is also as you will remember it from the originals, although there is the controversial situation that several sonic 3 melodies are changedmost likely due to licensing issues surrounding Michael Jackson’s “secret” collaboration with the original game.

Beyond that, the collection and treatment of the games (thanks to the Christian Whitehead collaborationwhich has already updated several of the games on its own in the past, and Simon Thomley, who has updated Sonic 3 & Knuckles) are very successful and refresh our desire to run again with the blue hedgehog. It is even possible to enter the cheats to choose a level!

But we can’t go into this review without mentioning some of SEGA’s strange policies around this game. To begin with, the base game, with everything we have discussed so far, it has a too high price: about 40 euroswhen these separate games were sold for a couple of euros each in digital stores, until now.

Secondly, the compilation is released only in digital edition, incomprehensibly. Being such a nostalgic title, he was crying out for a physical edition, if possible with extras.

To add insult to injury, there is a Deluxe edition that costs 45 euros and only adds a few extras that do not justify its price: a zoom to see in detail the 3D islands of the main menu, some extra animations in it, more melodies to listen to and a difficult mode. Couldn’t all this have been included by default? Oh the longing…

Nonetheless, we have not taken into account the “pricing policy” when rating the gamebecause it is a variable that can change a lot, we hope, over time and that has nothing to do with its quality itself.

It is true that, in any case, we missed some things that made this a definitive compilationlike more flexibility when choosing characters in each game, more graphic filters, those lost melodies in Sonic 3 or, what the hell, that there were more games to unlock, something that other compilations already had.

It is quite infuriating that the Museum mode includes designs from games like the Master System or Sonic Drift and that there is no way to enjoy them here, even without modernizing, as they came out. After all, the origins of Sonic also have a lot to do with 8 bits…

With everything, we are satisfied with a Sonic Origins that is an interesting compilation, which looks great on modern TVs, has some cool extras, and controls just like we remember, with no lag. If you are willing to pay what it is worth, Sonic and company await you with the full power of the Chaos Emeralds.