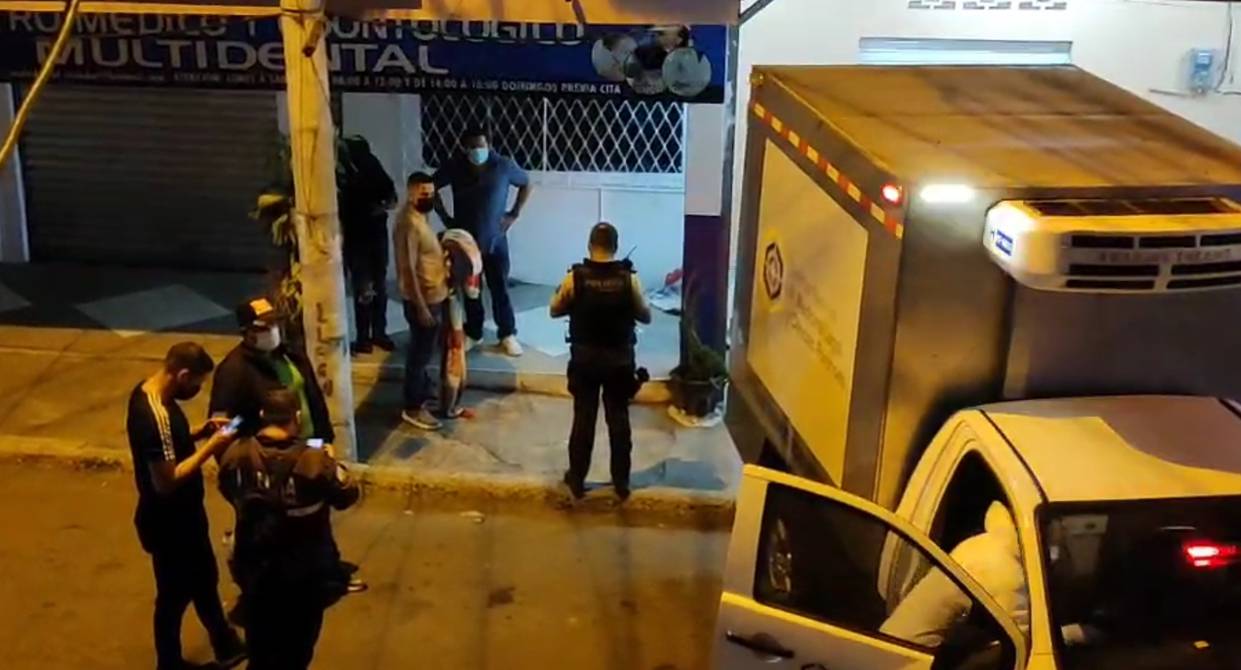 It is known that the protected witness was in Quito in the morning, where he had to testify at a preparatory hearing for the trial that was not held.

The shots against Gabriel Z. and Emilio B., perpetrated by a man who got off a motorcycle and walked to the table where they were eating, in the center of Manta, were intended to end the life of a protected witness of the Prosecutor’s Office in the case investigating the murder of Harrison Salcedo, who was a lawyer for the late leader of Los Choneros, Jorge Luis Zambrano, alias JL, and former Vice President of the Republic Jorge Glas.

It was around 8:00 p.m. on Thursday when the bullets killed Gabriel, who has no criminal record, and wounded Emilio, a protected witness with a large medical record, whose prognosis is reserved, according to Pablo Ramírez, police commander. of Zone 4.

It is known that Emilio B. was in the morning in Quito, where he had to testify in a preparatory hearing for the trial, that he was suspended due to the change of lawyer in one of the three arrested by the hitman against Salcedo, which occurred on April 28. in the capital.

According to the records of the judicial system, the protected witness is also investigated for an alleged illicit association in which the Prosecutor’s Office linked Salcedo and his then client alias JL, murdered in December 2020 in a shopping center in Manta shortly after that the aforementioned lawyer had obtained his release, investigated on suspicion of corruption in the justice system.

Emilio B.’s judicial past records his arrest, in 2011, for the death of the American Max Chamberlain, which occurred two years earlier in Manta. For this fact, he was sentenced in the first instance to 20 years in prison, but in 2015 he was released when he was declared innocent.

In a video that went viral on networks, it is observed how Emilio B. was taken from the inside of the food sales premises with several injuries on his body and transferred to a clinic, where he remains in police custody.

The body of Gabriel Z., who has no record, was left inert in a corner of the access to the food court. Police lifted about ten nine-millimeter casings from the crime scene, Ramírez confirmed.

For the moment, agents are checking the security cameras in the sector where the double attack occurred, which claimed a life, but no possible suspects or arrests have been reported.

Due to the change of lawyer of one of the three people prosecuted for the death of Harrison Salcedo, a criminal judge from Pichincha decided to postpone the evaluation hearing and preparatory trial defined for Thursday at 09:30, in the North Judicial Complex, in Quito.

In this case, for the crime of murder of Salcedo, which occurred on the morning of April 28, they are prosecuted. Luis Iván C., Darío Gabriel S., aliases the Chinese, and Elvis Fabián C. The fiscal instruction This case began on June 1 last with the arrest and filing of charges of the taxi driver Luis Iván C., 46 years old. Due to the preventive detention order he received, he was transferred to the so-called Prison 4, located in the north of Quito. (I)