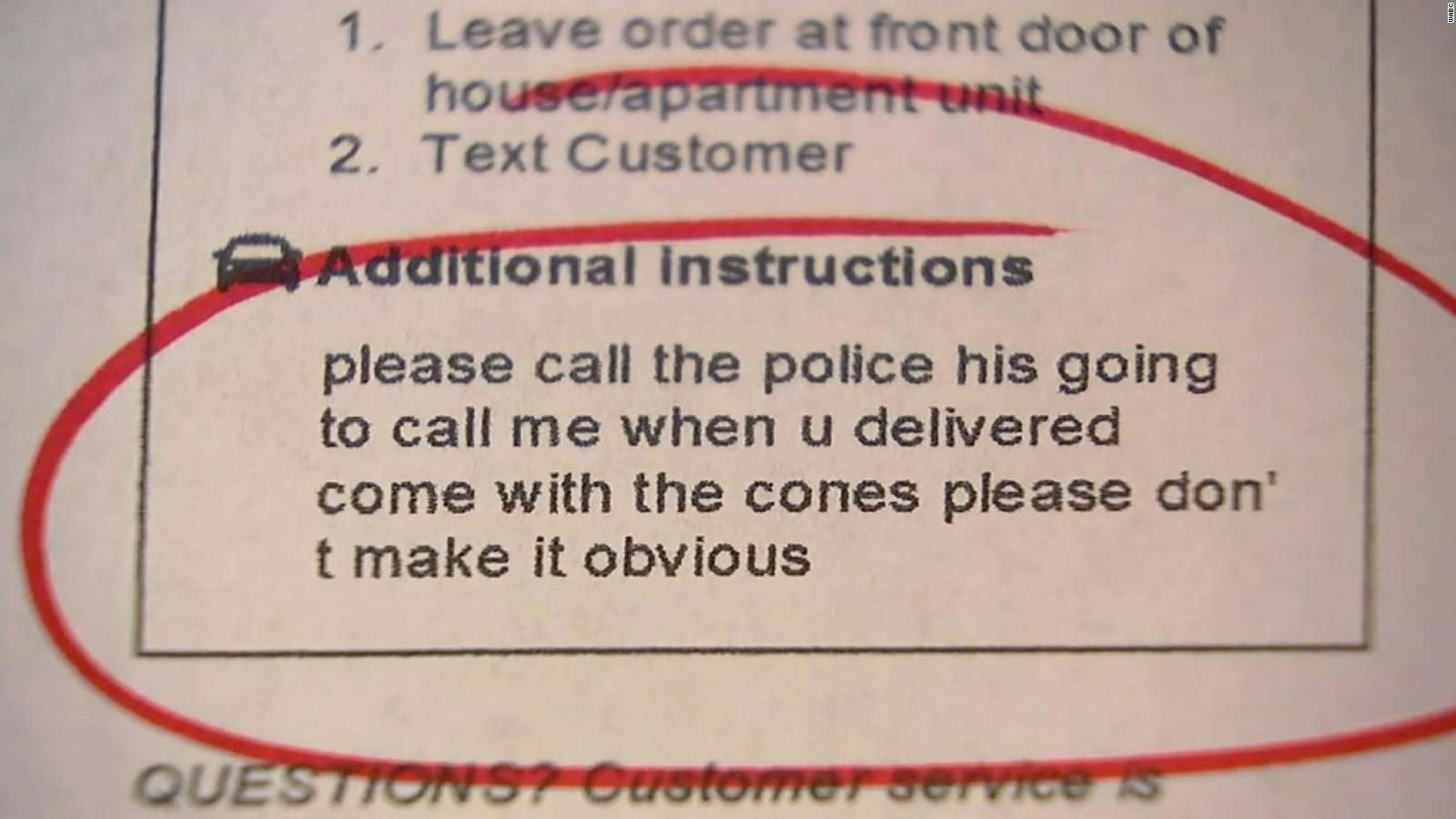 (CNN) — A 24-year-old woman used Grubhub to contact police while she was allegedly kidnapped in the Bronx over the weekend, according to a criminal complaint.

The unidentified woman, who had arranged to meet with a man she had previously been chatting with on a dating app, was allegedly assaulted and subsequently raped by the man, the complaint says.

According to the indictment, the man took the woman’s phone, but she said she was able to get it back when she asked the man if she could order food.

A copy of the order, placed through Grubhub, a food delivery service, shows that she wrote in the comments section: “Please call the Police… please don’t make it obvious.”

When the man answered the door waiting for the food delivery, he was greeted by officers from the New York Police Department, according to the complaint.

Employees at the Chipper Truck Cafe, in Yonkers, New York, received the woman’s Grubhub order and request for help around 5:20 a.m. on June 19.

Alice Bermejo, one of the owners of the restaurant, told CNN on Wednesday that an employee who saw the note called her husband, who advised them to call the police.

“It was a waiting process to see what would happen. We didn’t know if it was real or fake,” Bermejo said.

New York Police officers arrived at the home an hour later and arrested Kemoy Royal, 32, at the scene.

Royal is accused of committing predatory sexual assault, rape, criminal sexual act and sexual abuse, according to a criminal complaint.

Royal was arraigned Sunday and a judge set bail at $25,000 cash. He remains in custody and his next court appearance is scheduled for Friday, according to court records.

Royal also faces additional charges of strangulation, commission of sexual abuse and attempted criminal sexual act for another alleged sexual assault on a 26-year-old woman about four days earlier, according to the complaint. It is not immediately clear how police linked the two cases.

Bermejo said that police officials called on Sunday afternoon to inform them that the woman’s request to the police was real, someone had been arrested and the woman was safe.

He told CNN that he is still in shock for what happened, but is grateful that the woman was rescued.

“We’re thankful that the girl is okay. That’s the most important thing,” Bermejo said.

Although he doesn’t know the woman’s identity, Bermejo said he hopes they will meet one day and that he can give her a hug.

Employees at the Chipper Truck Cafe in Yonkers, New York, received the woman’s Grubhub order, and her plea for help.

Grubhub said Wednesday that its COO contacted Bermejo Wednesday morning to offer her $5,000 “that you can invest in her business as our way of recognizing her and [a su familia] for your quick reaction.

“Every time we see a simple, yet extraordinary act like this, we are amazed at how positively our partners impact their communities,” Grubhub said in a statement. “Whatever use they decide to put the money to, we hope it will help the restaurant and remind all of their customers how amazing they are.” [ellos]”.

Bermejo said the money “will definitely be put to good use.”

“That they called us and thanked us was a pretty big deal for us,” Bermejo said. “We are very grateful to them … because, as everyone knows, the pandemic has been hard on everyone.”

CNN’s Travis Nichols and Emily Chang contributed to this report.