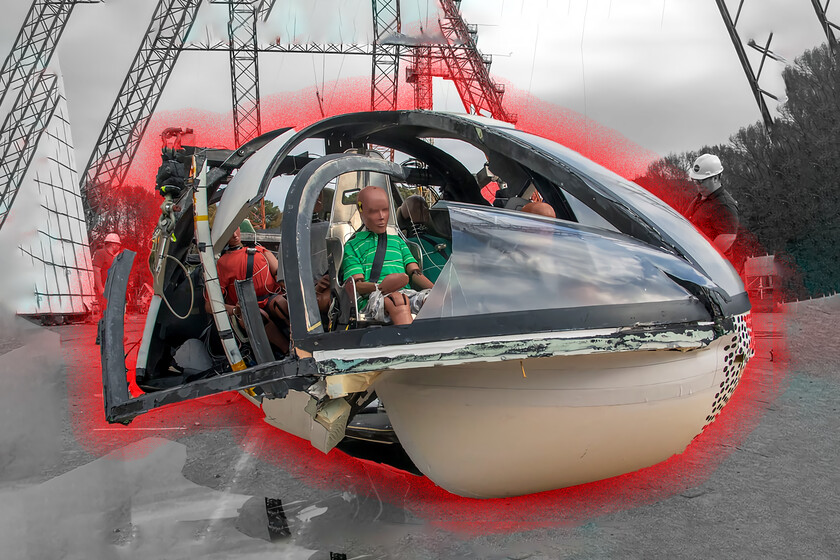 security is a major challenge to overcome

In the future, the idea of ​​a flying car may no longer be limited to works of science fiction like ‘Blade Runner 2049’ and ‘The Fifth Element’. There are currently several projects that aim to make this means of transport a reality, but they are facing a wide range of challengesranging from manufacturing to security.

NASA believes the potential for the flying car concept to materialize in electric vertical takeoff and landing (eVTOL) aircraft is high, so it wants to help this emerging industry build safe aircraft. Under this premise, the agency has just completed a full-scale crash test with an eVTOL.

As detailed in an article, the Revolutionary Vertical Left Technology (RVLT) team prepared a six-passenger test vehicle which simulates the average characteristics of an eVTOL. The researchers omitted some elements such as the rotors, but took into account their weight and impact on the airframe for the test.

The next step was to fly the eVTOL to the agency’s Landing and Impact Investigation (LandIR) facility and lift it with a suspension-by-wire system. The test began when the researchers released the cables and dropped the vehicle mimicking a complete loss of power to the rotors scenario.

“While we are still analyzing the data and video, and these results are preliminary, we see that there were two main events during this test,” said Justin Littell, one of the heads of NASA’s Structural Dynamics Branch. The first event had to do with the crushing of the floor and the impact on the seats. 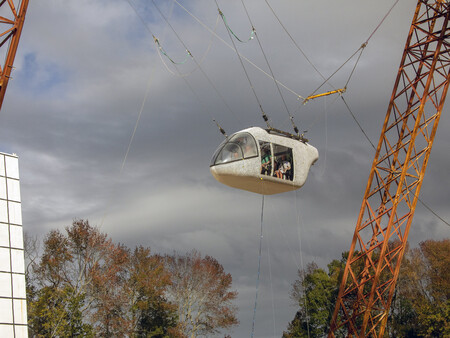 According to Littell, the eVTOL design worked as intended and both the floor and the seats limited the impact on the dummies in the test. The second event was collapse of the upper structure on the dummies, something that in a real scenario would have resulted in a risk to the safety of the crew.

NASA says it will continue to analyze the data, but has reached a preliminary conclusion that the eVTOL ended up more destroyed than expected. And this will not be the only test. The agency hopes to do many more tests with different vehicles to find the safest configurations and contribute to the industry. 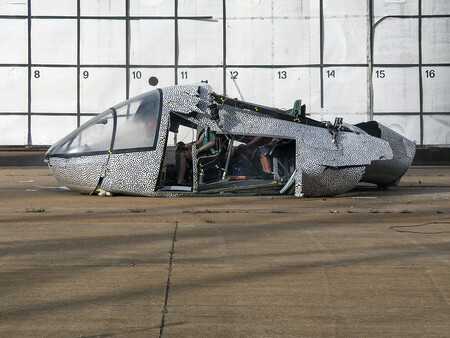 It should be noted the importance of this type of testing with concept vehicles. Littell explains that they had made severals computer simulationsand although they had detected the collapse of the upper structure quite accurately, they had omitted certain data of the general collapse of the vehicle that they did detect later.

At the same time, the projects related to the flying car continue to advance. XPENG AEROHT, a subsidiary of Chinese electric vehicle maker XPeng, has aimed to deliver a first example of eVTOL in 2024. European Volocopter, for its part, aims to launch its air taxi service in Singapore the same year.

While the flying car could become commercially available in 2024, it would only be available to a few people. In an interview with CNBC, Hugh Martin of Lacuna Technologies points out that the costs and safety tests necessary to be able to use them will be the main obstacles that prevent their adoption on a large scale.

In Xataka: Volkswagen signs up for flying taxis: this is V.MO, its first autonomous drone prototype with passengers