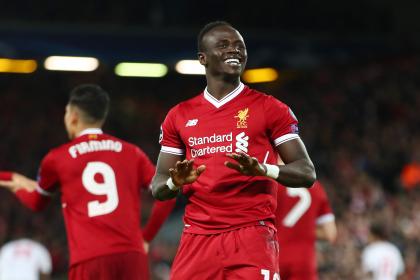 “You will never walk alone,” Liverpool told Sadio Mané, who was introduced as a new Bayern Munich player. Without grudges, without debts, with a lot of love in every sentence, this is how the story of the Senegalese in Liverpool ended.

“He is one of the best in our history, he is leaving and we have to realize how important he has been. He leaves with a lot of gratitude and love. He leaves with a status among the best. He leaves being one of the best in the world “said coach Jürgen Klopp. “We don’t have to regret what we lost, but celebrate how privileged we have been to have him. The goals he has scored, the trophies he has won. He is a legend, a modern icon of Liverpool,” he added at a press conference.

Sadio won the lot with the Reds ❤️ pic.twitter.com/JpKj7q47fD

“I fully respect Mané’s decision and I’m sure the fans do too. If you love Liverpool, you love Sadio, it’s not debatable,” said the German, who has admitted that he will miss his star player, for whom he has asked for love and more. love from a crowd that sang his name and his goals for six seasons.

“The goals I have scored, the trophies I have won; a legend, for sure, but also a modern-day Liverpool icon.”

Mané himself was moved on his social networks: “difficult to find the right words for this. I just want to say thank you from the bottom of my heart, it has been a pleasure to be a small part of this incredible success that we have achieved together during these six years. You guys were always there through the good times and the bad times. I’ll never forget this. Thanks again. You will never walk alone.”

And in the middle of that goodbye, the African champion had words for the Colombian Luis Díaz and for his teammates in the trident, Firmino and Salah: “Bobby (Firmino) and Mo (Salah), what players! I think there are no more secrets because playing alongside these great players makes everything easier for me. I think I’m just rooting for this and especially Bobby who was always coming out of the box and making space for Mo and me, I think that was just amazing. Even so, Liverpool still has great players and now you also have Diogo Jota and Luis Díaz, wow, what a player they have! ”, He said in the club’s networks.

Mané and Díaz coincided in 20 games, with 16 wins, two draws and two losses. One moment stuck with the new Bayern Munich reinforcement: “When Luis received the ball, I knew he was going to cross, so he just wanted to be ready. It was a good cross from Diaz and I was in the box. Even without power, I usually score and that’s what I tried to do. I know him very well, he is a great player. I just try to enjoy every moment. It’s about the team. The boys make it easier for me, ”he said.