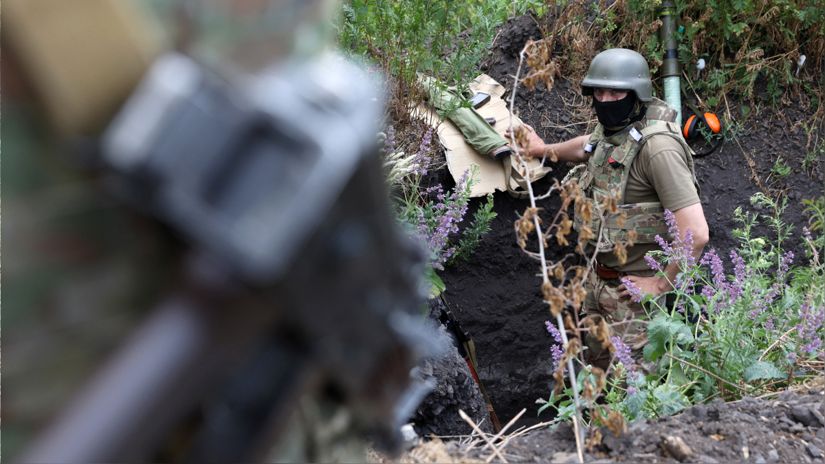 Moscow demands that Washington prevent the recruitment and sending of US citizens to the armed conflict in Ukrainedeclared today the spokeswoman for the Russian Foreign Ministry, Maria Zajárova, who threatened “unpredictable consequences” for relations between Russia and USA

According to the representative of Russian diplomacy, the Embassy of Ukraine in the United States is in charge of this recruitment process, which would take place with the approval of the US authorities in Washington.

“We resolutely demand that the US side put an end to such activities by the Ukrainian diplomatic legation,” he said in a statement.

According to Zakharova, the recruitment of mercenaries by the Ukrainian Embassy “not only creates a direct danger to the life and safety of US citizens and openly contradicts their diplomatic status, but also threatens unpredictable and serious international consequences.” “.

The Foreign Affairs spokeswoman pointed out that these recruitment efforts take place “with the collusion of the White House and the US intelligence services” and are intended to send US citizens to combat in Ukraine and in the self-proclaimed people’s republics of Donetsk and Luhansk.

“These are activities of the Embassy of Ukraine in Washington that contradict the 1961 Vienna convention on diplomatic relations in order to openly recruit fighters for the so-called Foreign Legion of Territorial Defense of Ukraine,” he said.

For Zajárova, this is a sign that “Washington is not interested in solving the Ukrainian conflict but, on the contrary, tries to stir it up, focused on the strategic defeat of Russia.”

They will not be treated as prisoners of war

Russia has repeatedly denounced the presence of foreign fighters in Ukraine and has warned that if they are captured they will not be treated as prisoners of war.

As reported in mid-June by the Russian Ministry of Defense, Russian troops had killed 1,956 mercenaries in Ukraine, out of a total of 6,956 foreign fighters fighting with Ukrainian forces.

The spokesman for the military entity, Igor Konashénkov, pointed out that the majority of these combatants are Poles, but also assured that there are many from Romania and the United Kingdom.

The Russian command reported that 601 Canadians and 530 Americans arrived in Ukraine from across the ocean.

Russian separatists have already sentenced three foreign fighters, two British and one Moroccan, to death and are threatening to sentence others, including two Americans, to death. (EFE)