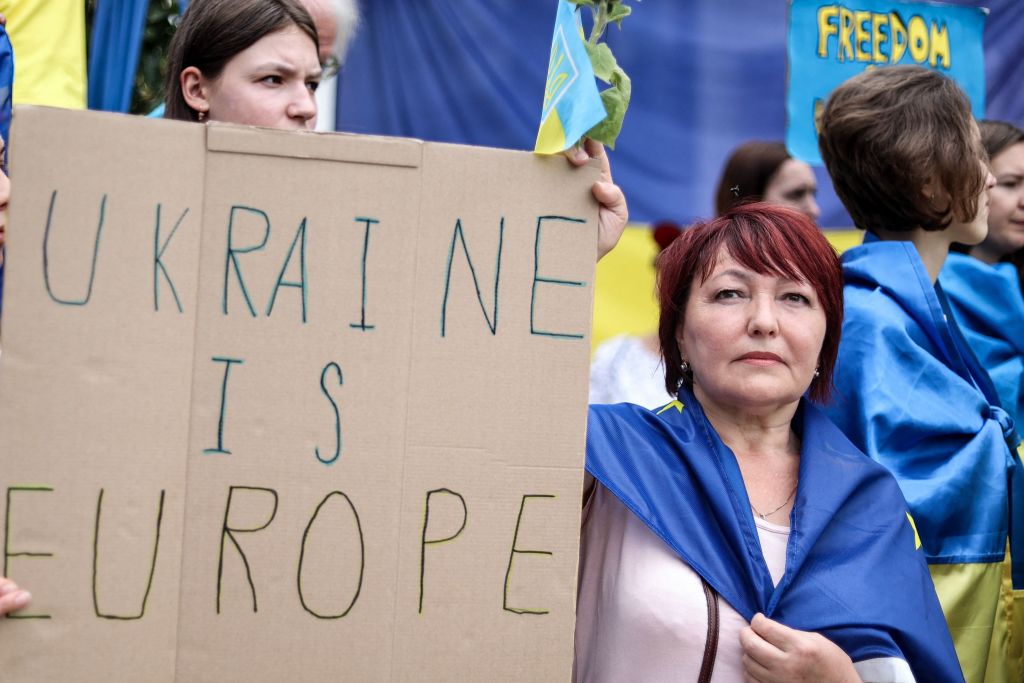 (CNN Spanish) — While suffering from the Russian attacks in the east of the country, Ukraine could receive crucial support in the coming hours when the leaders of the European Union decide, at a summit in Brussels, on granting it the status of a candidate to join the bloc.

Meanwhile, Ukrainian troops face a dilemma in the Luhanks region, where Russia has taken new territory under its control: either face a superior force in arms, or withdraw tactically to assess a possible counteroffensive.

Follow the main news of this Thursday June 23 of the war that extends in time and is about to enter its fourth month.

“It is a decisive moment for the European Union. A geopolitical decision that we will take today,” Michel told reporters upon arrival at the European Council summit in Brussels.

The president of the European Council was “confident” that the EU leaders will grant the status of candidates to Ukraine and Moldovo and “will express a clear and strong European perspective” for both nations.

The head of the European Parliament, Roberta Metsola, also hailed Thursday as a “historic” day, expressing her “hope” that Ukraine’s candidate status would be given the green light.

“A day when I thought we would wait much longer to have it on paper, and I really welcome the unity and leadership of the European Union on this,” he said.

More than half of the cities in Ukraine’s Donetsk region are under Russian control.

Only 45% of the Donetsk region is under the control of Ukrainian forces, leaving the other 55% under Russian control.

“It is very difficult to say that the rest [de las ciudades/territorios de Donetsk] they are controlled by the enemy, because these cities are being destroyed by the enemy, they are just territories,” Pavlo Kyrylenko, head of the military administration of the Donetsk region, said on Thursday.

Kyrylenko also referred to the concentration of tactical groups of battalions in Sloviansk and Lyman.

Ukrainian forces have “serious battles ahead,” he said, adding shelling continues along the Bakhmut-Lysychansk highway to “cut off” supplies from Severodonetsk and Lysychansk.

Ukrainian servicemen ride a bus to their positions in the Luhansk area, Ukraine, on June 19. (Oleksander Ratushniak/EPA-EFE/Shutterstock)
As Russian forces close in on the city of Lisychansk, Ukrainian military commanders have an unenviable choice. They can defend the city, block by block, against vastly superior firepower, or they can withdraw to take up new defensive positions further west.

Defending the city would inevitably mean heavy casualties, both among the soldiers and among the thousands of civilians still sheltering there. Russian bombing of the city – like that of neighboring Severodonetsk – has been largely indiscriminate.

In addition, the resupply corridor along the T1302 road to Bakhmut could be cut off, leaving the Ukrainian troops surrounded.

In some places, Russian units advancing from the south are less than five kilometers from the road. Although other resupply routes are available, they would be difficult and vulnerable.

“Russian forces are likely to continue to regroup and intensify operations in the area between Bakhmut and Lysychansk to advance towards Lysychansk from an additional axis, cut off Ukrainian supply lines and attempt to consolidate control of the entire Severodonetsk-Lysychansk area in the coming days,” said the Institute for the Study of War, in its latest assessment.

This is how the island of Serpents has remained after the Russian invasion 0:58

On the other hand, one of the advantages of staying and fighting in Lisichansk is that it is on higher ground than surrounding areas, and Ukrainian forces are likely to be able to hold off and damage Russian units for some time, maybe weeks. Lysychansk could become another Mariupol.

By absorbing the Russian units, the city’s defenders would likely relieve pressure on other fronts, such as Sloviansk.

The dilemma for the Ukrainian military is urgent. As the pocket of the defending Luhansk and Donetsk regions shrinks, the option of a tactical retreat to new lines of defense may not last long.

Ukraine grain crisis must be resolved within a month to avoid ‘devastating consequences’, UK says

UK Foreign Secretary Liz Truss said Thursday that it is “urgent” to resolve the grain crisis in Ukraine within the next month to avoid a “devastating” outcome.

In his speech in Ankara together with the Turkish Minister for Foreign Affairs, Mevlut Cavusoglu, Truss once again accused the President of Russia, Vladimir Putin, of “turning hunger into a weapon” and stressed that, if this difficult situation is not resolved, it is likely that there will be “an enormous famine throughout the world”.

“The [Putin] has blocked Ukrainian ports and is preventing 20 million tons of grain from being exported around the world, keeping the world on edge,” said Truss, who is in Turkey to discuss the United Nations-backed plan to move the grain out. United.

“We are clear that commercial ships must have safe passage to be able to leave Ukrainian ports, and that Ukrainian ports must be protected from Russian attacks,” he said, adding that “Russia cannot be allowed to delay and prevaricate.” “.

“We are very clear that this grain crisis is urgent and must be resolved in the next month, otherwise we could see devastating consequences,” Truss said.

“Gas is scarce in Germany”, warns the Government, which declares the “alarm level”

“From now on, gas is in short supply in Germany,” Habeck told reporters at a news conference in Berlin.
Habeck called on Germans to reduce their fuel consumption as part of a national effort. “We are making an appeal to reduce gas consumption, especially with a view to the coming winter months.”

The minister said that the government’s decision to raise the “alarm” level is due to the cuts in Russian supplies made since June 14 and the continued high price of gas on the market. Habeck said the third and highest level is “emergency.”

Which countries can help with corn and wheat exports to avoid a world famine? 4:05

Germany relies heavily on gas from Moscow to supply its homes and heavy industry, but has managed to reduce Moscow’s share of its imports to 35% from 55% before the start of the war in Ukraine.

Habeck said that security of supply is currently guaranteed despite the “worsening of the situation on the gas market” in recent days. The price hike is “Putin’s strategy to destabilize us, raise prices and divide us,” Habeck said.

“We are in an economic confrontation with Russia,” Habeck said.

Habeck said that although gas storage facilities are currently 58% full — more than this time last year — the goal of reaching 90% by December will not be met without further measures.