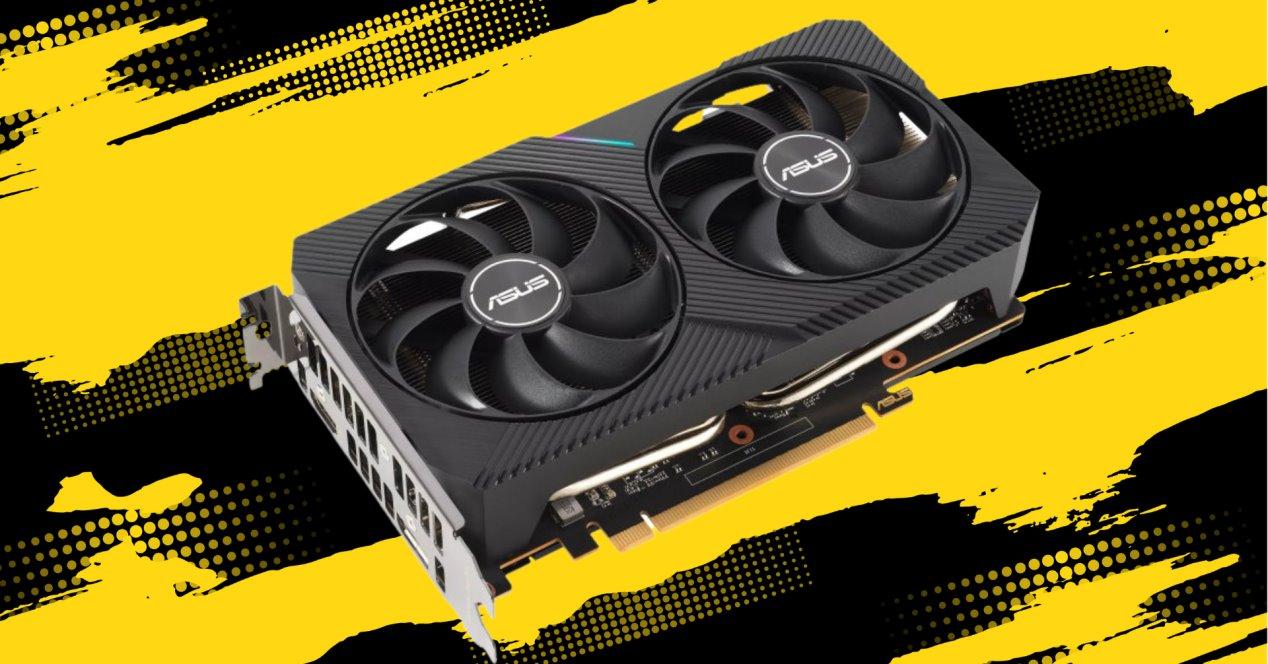 For months, acquiring a graphics card to play games was more of a whim than anything else, due to its prices. Luckily, the price of graphics cards has been normalizing and they are already, more or less, at reasonable prices. if you want one Graphic cardwe have found a ASUS Radeon RX which has a 24% discount.

The ASUS Dual RX 6500 XT OC Edition graphics card is a very good entry-level solution for gaming. It is not designed to move the latest games on the market to ultra graphic quality or anything like that, but we can play any game without problems.

If something characterizes this hardware and peripheral manufacturerIt is the quality of their products. Well known and valued is its Republic of Gamers range, which has been on the market for many years. Then it offers the TUF range, which would be a little lower in terms of features and finally, a more affordable general commercial line. Precisely, this graphics card belongs to this more general line.

According to the RX6500XT, to say that it is one of the simplest that AMD currently markets. Does this graphics card have 1024 Stream Processors, 64 TMUs, 32 ROPs and 16 RT Cores. This ASUS graphics card has two operating modes. In Gaming Mode you have a 2650MHz gaming frequency and a Boost frequency of 2820 MHz. Then OC Mode changes the Game frequency, which is 2670 MHz, while the Boost frequency remains. The base frequency is not disclosed, but the one set by AMD is 2310 MHz. 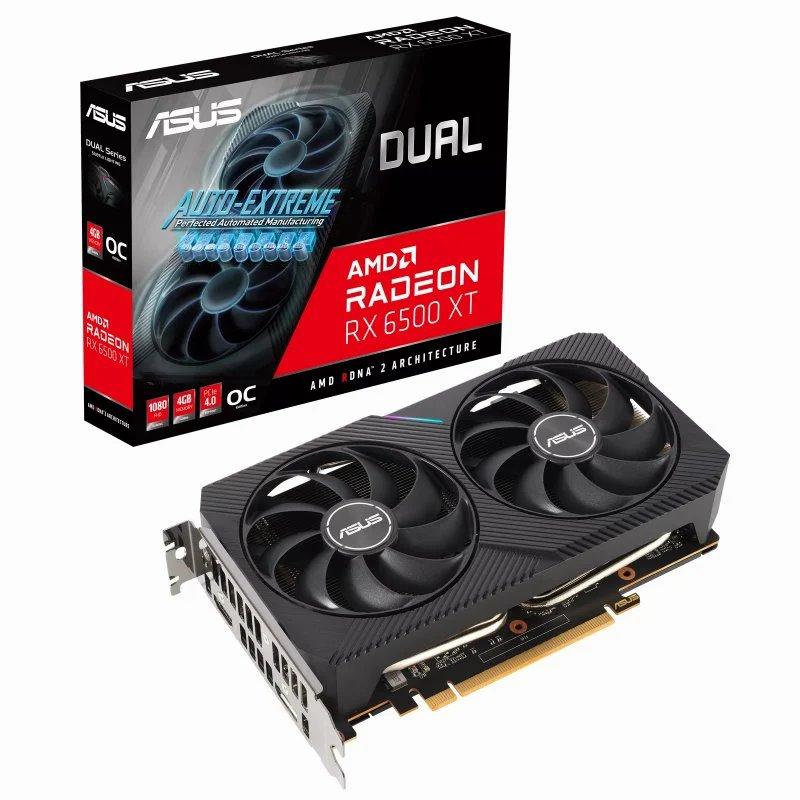 In addition, this graphics card is accompanied by 4GB GDDR6 running at 18 Gbps with a 64-bit memory bus and a bandwidth of 143.9 GB/s. The graphics card is based on the PCIe 4.0 x8 interface, more than enough for this one. Regarding the video outputs, it has an HDMI 2.1 and a DisplayPort 1.4.

We have to talk a bit about the fan and this graphics card has a heatsink with two fans. The fans are Axial-tech, an ASUS design that allows for better airflow and more efficient heat dissipation. The heatsink has a small RGB line that gives it a touch and is not very flashy. 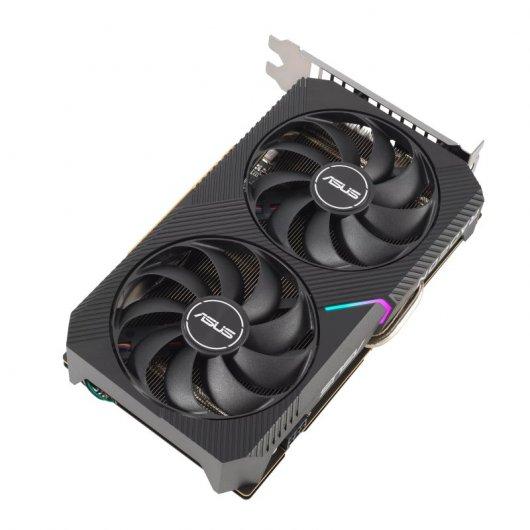 This graphics card has been targeted at casual gamers and those who enjoy eSports titles like LoL, CS:GO and the like. They are graphically light games that can be moved without problems with this graphics. The most modern games will require to worsen the graphic quality considerably.

A downgrade of graphic quality will have to be made to increase FPS due to the limitation of VRAM, which is 4 GB. AMD indicated in its presentation that it had so little VRAM to prevent it from being used for Ethereum mining. Remember that AMD does not have any restrictive measures for mining, as if NVIDIA has implemented it.

Despite this, it is a very good graphics card with a fairly reasonable price. If you are one of those who have waited, this is a great opportunity to acquire a graphics card and be able to play whatever you want.