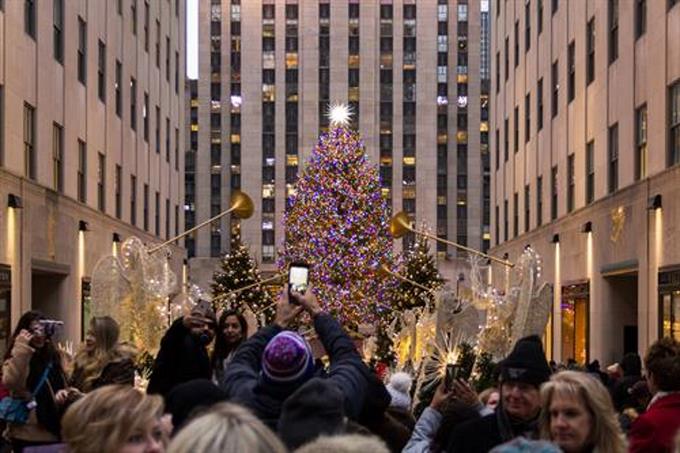 New Yorkers today welcomed the long-awaited Rockefeller Center tree, after a two-day journey from the state of Maryland and whose lighting on December 1 will mark the beginning of Christmas in the city of skyscrapers.

The famous tree was cut down on November 11 and brought on a flatbed truck and to be transported to New York required permission from the states of Maryland, Delaware and New Jersey due to its large size, he told channel 7 of the ABC network. Maureen Mandich, president of the New York Truck Escorts and Permits that transported him.

“You have to have special permits, special escorts, police escort, obviously for security reasons and just to get here safely,” Mandich said.

The iconic Christmas tree, a 90-year-old tradition, will be adorned with more than 50,000 lights and a 900-pound Swarovski crystal star for the lighting ceremony.

“The best job of the year. Bringing smiles to everyone who sees us go by,” said the New York Truck Escorts and Permits on its Facebook account, which documented with photos the departure of the tree from Maryland and its arrival today at Rockefeller Center.