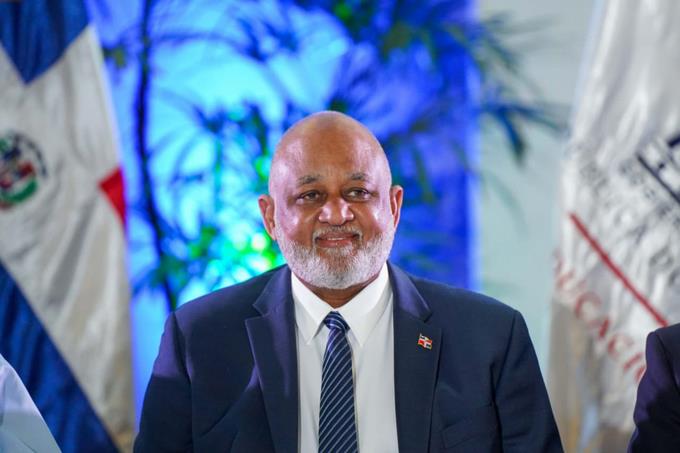 When in 2015 Luis Abinader defeated former president Hipólito Mejía, in the first convention of the Modern Revolutionary Party (PRM) and became the first candidate for the presidency of that party, Roberto Fulcar was appointed as his campaign manager ahead of the 2016 elections.

He had already performed those functions in the internal conflict in which the near-rookie defeated the master.

Fulcar had been the head of the Abinader project from the very moment they left the Dominican Revolutionary Party (PRD) in 2014 and from that moment he began to build the structure that would bring him to power in 2020.

In an interview with this newspaper, ahead of the 2016 elections, Fulcar commented that the presidential projects in the country merited of at least four years to be built, so it seemed that Luis was ready to assume the first magistracy of the State in August of that year. At that time, he was referring to the fact that Abinader had already been a vice-presidential candidate in 2012, as former President Mejía’s running mate.

For 2016, Luis and Fulcar saw themselves at the other extreme of the historic 62% achieved by Danilo Medina in the elections of that year, but both remained in that project and since then they have continued working on the strategies that would make Luis later become the Visible face of the political opposition to the Dominican Liberation Party (PLD), and defeated former President Mejía “easily” in the October 2019 primaries, again.

Once Luis was installed as the official candidate of the PRM, Fulcar took offensive action as campaign manager and he was also designated as the “head of the presidential project” and official spokesman.

Between October 2019 and July 2020, the political leader was the main organizer of the campaign days carried out by the then opposition party and, according to testimonies from several members of the PRM, he was one of the first to help cause the social outbreak produced After the failure of the suspended municipal elections of February 2020, due to the failure of the automated vote, it became “a point in favor” for Abinader’s campaign.

Once the count of the fifth of July passes and the current president was declared the winner of the elections, Fulcar was recognized by the members of the PRM and recently, in the act of handing over certificates to the members of the political leadership, the president of the ruling party, José Ignacio Paliza, highlighted the contributions of the then minister and proposed to chair the party’s National Strategy Commission.

“Fulcar was the campaign manager of the last electoral process of 2020, an intelligent political communicator with deep roots within that organization, and the manager of important strategies that were key to the PRM’s victory,” Paliza said on that occasion.

Fulcar was dismissed Wednesday night as Minister of Education after several media outlets denounced scandals of alleged overvaluation of purchases in his management.

He was appointed by President Abinader as a minister without portfolio and the presidential provision does not indicate the functions that he will have in charge.

Roberto Fulcar Encarnación graduated with a degree in Education with a Mention in Social Sciences from Baní in 1987. Later, he completed a postgraduate degree and four master’s degrees in education at the Autonomous University of Santo Domingo (UASD).

The former minister served as Minister of Education since August 16, 2020, after being appointed through a decree by President Luis Abinader.

In 1980, Fulcar taught primary and secondary, For years later, he became a facilitator in master’s degrees and a professor at various universities in the country and abroad.

According to the biography published in the Ministry of Education, Fulcar has been a teacher in all educational areas at a national and international level. In addition to being president of the Teachers’ Union (ADP).

Likewise, in the ranks of the Dominican Revolutionary Party (PRD), at the end of the government of Hipólito Mejía, he served with different positions within this organization, such as Deputy Regional Campaign Coordinator for the Southern Region in the 2004 Electoral Process; National Advisor to the Teachers’ Front of the PRD; General Coordinator of the Campaign for the South Region, of the presidential candidacy of Milagros Ortiz Bosch (2004); National Vice President, member of the Executive Committee and the National Political Commission of the Dominican Revolutionary Party (2008), being the most important position within the entity.

The former minister founded the Institute for the Promotion of Education, Democracy and Development (Ifeed).

Fulcar is the National Vice President of the Modern Revolutionary Party (PRM). The politician was Minister of Education from August 2020 to August 2022, after being dismissed by President Abinader by decree.