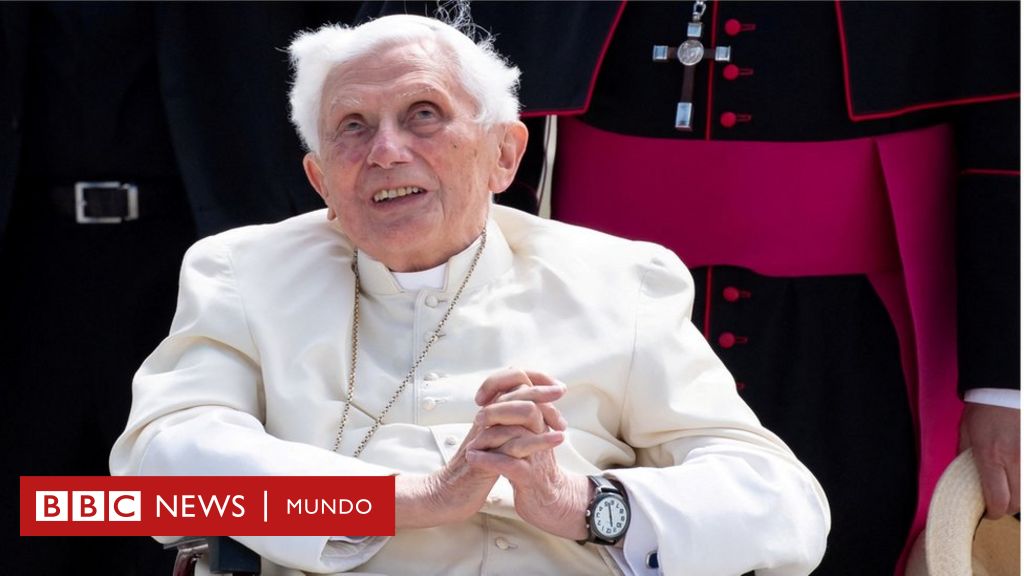 An investigation revealed on Thursday indicates that Pope Emeritus Benedict XVI failed to publicize four cases of sexual abuse when he was Archbishop of Munich.

Benedict XVI, whose given name is Josef Ratzinger, was in that position between 1977 and 1982.

For years, the former pontiff has denied those historic accusations. However, a new report on this matter delivered by a German law firm directly incriminates him.

According to the document, the sexual abuse continued during the years that Ratzinger was in office and the priests accused of these crimes continued to be active in different parishes and posts attached to the German Catholic Church.

The report, made by the firm Westpfahl Spilker Wastl, was commissioned by the Church itself catolic.

“Two of these cases concern abuses committed during his tenure and sanctioned by the local government,” attorney Martin Pusch said in presenting the report.

“In both cases, the perpetrators remained active in pastoral work.”

Ratzinger, now 94, in 2013 became the first pontiff to resign in more than 600 years, saying he was exhausted from Vatican work.

Since then he lives in retirement in Vatican City.

In one instance, the report states that Benedict XVI knew of the sexual abuse accusation against one of the priests, who was transferred from diocese but continued in pastoral work with the community.

It is also reported that the Pope Emeritus responded in writing to the questions posed by the legal firm, in which he expressed support for the investigation but at the same time denied being aware of the allegations of sexual abuse or having responsibility for the inaction of his part.

However, the report contains documents that state categorically that he was present at a meeting where the issue of abuse was discussed.

The Vatican, for its part, has said in a press release that will analyze the report in detail once it is formally published.

“By reiterating the feeling of shame and sorrow for the abuse of minors by priests, the Holy See expresses its support for all victims and confirms the path to protect minors, guaranteeing them safe spaces,” the Vatican added.

A previous report on historical cases of sexual abuse in Germany had concluded that more than 3,600 people nationwide had been abused by members of the clergy between 1946 and 2014.

Many of the victims were minors who served as acolytes or assistants in their parishes.

The new report emphasizes the cases registered in the Munich and Freisin regions, where there were at least 497 victims of abuse between 1945 and 2019.

In addition to referring to the responsibility of the pope emeritus, the report criticized other figures in the Church, including the current archbishop of the region, Cardinal Reinhard Marx. It was found that he did not act in two cases of alleged abuse.

The cardinal has already offered Pope Francis his resignation in June 2021, saying he should share responsibility for the “catastrophe” of abuse that was coming to light.

Francisco, however, refused to accept the resignation. Days earlier, the Supreme Pontiff had changed the criminal laws of the Vatican, toughening the Church’s position on sexual abuse.

Now you can receive notifications from BBC World. Download our app and activate them so you don’t miss our best content.