***President Xiomara Castro assured that she was not informed about the violent eviction against members of the Garífuna community in northern Honduras, while demanding the immediate release of the detainees.

The leader of the Garífuna community in Punta Gorda, Máximo Castro Molina, confirmed that this Tuesday the six Garífuna detained on Monday after a violent eviction in that community of Islas de Bahía were released under precautionary measures other than prison. .

After appearing in a hearing for the accused, the judge ordered the six Garífunas to defend themselves in freedom.

However, a group of Garífunas who posted themselves outside the departmental courts said they will continue fighting for their lands.

It should be noted that President Xiomara Castro assured that she was not informed about the violent eviction against members of the Garífuna community in northern Honduras, while demanding the immediate release of the detainees.

“I have requested a report on the violent eviction ordered by the court. I was not informed prior to executing the eviction. The Garífuna demand justice for their ancestral lands. This should go to trial not to eviction that criminalizes rights. I demand immediate freedom and respect for human rights,” Castro wrote on Twitter.

“The President of the Republic (Xiomara Castro) alleges that she was unaware of what was happening, that she was not informed and that it was illegal. President, she should not claim ignorance, what happened yesterday (Monday) was done by the Police and they are under her command, ”said the president of the Association of Afro-descendants in the Sula Valley, Héctor Castillo.

“It was a violent eviction carried out by the Police, we understand by court order. They arrived at the community of Punta Gorda where there were neighbors taking possession of their ancestral lands and they evicted them, some were thrown into police cars and six of them were imprisoned”, condemned the Garífuna leader.

For her part, the Minister of the Secretariat for Human Rights, Natalie Roque, indicated that an investigation will be carried out into this eviction, while also demanding the release of the Garífuna detainees.

“We urge the release of the defenders detained for the defense of their ancestral territories: Dorotea López, Richard Martínez, Efraín Sánchez, Keider Gonzales, Augusto Dolmo and Melissa Faviola Martínez,” he said.

“An inter-institutional commission has been created, the commission will be on an on-site visit, from November 9 to 11 with the purpose of knowing the situation in Punta Gorda, it will investigate the verification of full and useful domain titles,” he announced.

Likewise, the president of the Committee for the Defense of Human Rights in Honduras (Codeh), Hugo Maldonado, stated that the executing judge, the prosecutor of the Public Ministry and the police chief in charge, must be investigated for the violent eviction of Garífunas in the community of Punta Gorda.

“We believe that the judge should be investigated, the prosecutor of the Public Ministry, as well as the executing judge and those who participated in the eviction in Punta Gorda,” Maldonado declared.

In the opinion of Hugo Maldonado, President Xiomara Castro should have been informed of the eviction, indicating that she is responsible for the administration in matters of human rights.

He considered that this case may be emblematic for the United Nations (UN) because there are convictions in favor of the Garífuna people.

The president of the Codeh opined that this case should have been settled in the civil jurisdiction instead of the criminal one.

He stressed that the person who owns a public deed has decided to resort to the judicial system, but recommended that they should have gone first to civil law. GO/Hondudiary 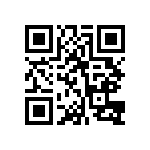 Previous The Mexicans Jacobo Lieberman and Karla Castañeda, invited to the Hollywood Academy
Next Tom Cruise cake that he gives to his friends for Christmas