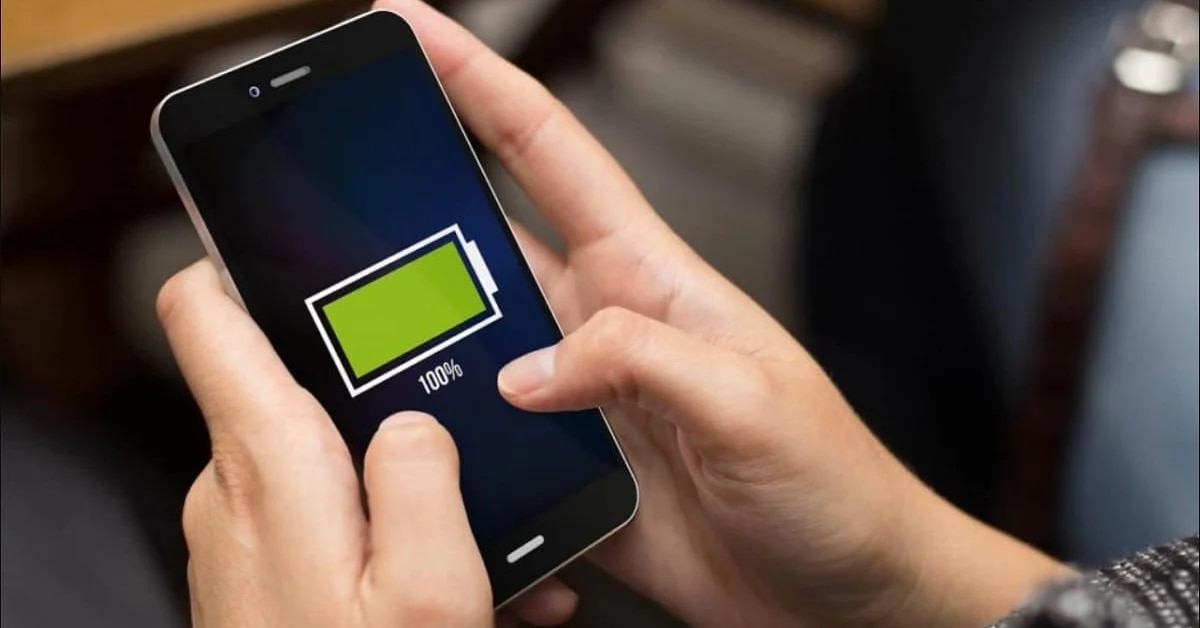 Stay without drums It can be a tragedy for many, and even more so, when it is a sign of its damage, which is why the decision is made to change the device.

– Use maximum brightness: This option is not recommended because the screen is the biggest consumer of energy. If the user is in a situation where the light does not make it impossible to see the information on the screen, it could be activated, but in other cases it is better to avoid it.

– The ‘Screen always on’ option, Also known as ‘Always on Display’ by its English name, it is a useful option to see the time or some preliminary functions when the phone is locked, but it causes constant battery consumption, even though the refresh rate in this point can be minimal.

– Continuous use of cellular data, that generates a greater consumption than connecting via Wifi because it has to constantly communicate with the transmitting antennas. If the user also physically moves, consumption increases even more.

– Video calls in google-meet, zoom, Skype or any other service. The sending and receiving of video and audio by iinternet generates significant consumption due to the “effort” made in this action, added to other elements of the screen that are active at that time, such as the factors mentioned above.

– video recording, especially if it’s continuous and at full resolution, it can quickly drain your battery.

– ‌ Video and photo editing, if it is done with powerful tools, it consumes a lot of graphic resources of the cell phone and causes the battery consumption to drain.

– The video game with high graphical requirements, according to the same rules as the previous case, they cause the battery percentage to drop very quickly. And although, to a lesser extent, casual games are also usually associated with high consumption.

– For check it out on a iPhone just go to Settings > Battery > Battery health.

In this section, a percentage will appear in which 100% indicates the most optimal state, while below 80% it is considered already deteriorated and is thus indicated in this same panel, urging a battery change so that the device returns to perform in top form.

– In Android applications will have to be used of third parties.

There are several tools with which to check the status of the battery, although Infobae recommends Ampere for its simplicity. Once it is open, you will be able to see a section dedicated to the technical data of the battery, having to look at Level Y Condition to know the percentage of health and its interpretation respectively.

Extend the battery of an iPhone and Android. (photo: iPhone/Jose Arana)

You have to know which applications are generating a higher battery consumption to take action. Yes it is detected that an app consumes a lot and is not really used frequentlyyou might want to delete it or even contact the developer to find out if it’s a technical problem.

For see which apps use the most power, either on an iPhone or Android mobile, you have to go to the Settings of the device and access the battery panel.

Depending on the version of Android, the list could be a little more hidden, but it will always be found among the options in this panel.

Extend the battery of an iPhone and Android. (photo: Composition/Jose Arana)

It was already indicated above that the screen is one of the elements that consume the most battery. Hence, it is important to carry out actions on it that can help increase autonomy.

Next, Infobae will explain what parameters are recommended to configure, all of them within screen settings:

– Reduce brightness of the screen manually, for which it is also recommended that Remove the ‘Auto Brightness’ option. It may seem tedious to have to move it manually each time, but this way you can ensure that you are never giving a higher percentage of brightness than necessary.

– Use system dark modeas long as the mobile screen is OLED or derivative. And it is that these panels represent the black color as off pixels and, therefore, suppose a lower consumption while the device is used. To this we must add activating said modality in all those apps that offer this visualization option.

– Activate special functions (if you have them)given that many cell phones offer options that help save battery life and reduce eye strain, such as the True Tone and the way Night Shift in the case of the iPhone.

Extend the battery of an iPhone and Android. (photo: iPhone/Jose Arana)

Having the apps updated to their latest available version is important, but if you have serious problems with the autonomy of the cell phone, perhaps it would be convenient to prevent them from updating automatically.

I know they can still update manually if you enter google play either appstore, but you will be preventing them from automatically searching for new versions and updating if they find them.

For block updates on iOS we have to go to Settings > App Store and look at the section ‘Automatic downloads’. Here you have to disable the app updates Y, incidentally, also the Apps so that applications that are downloaded on other devices linked to the same Apple ID (if you have them) are not downloaded either.

In Android cell phones you have to go to Google Play, click on the Photo at the top right and go to Settings > Network preferences. Once there, click on Automatically update apps and choose the option Do not update apps automatically.

Extend the battery of an iPhone and Android. (photo: Composition/Jose Arana)

On occasion it has been commented that closing apps on the cell phone is not as good as it seems. It does not necessarily serve to make the device go faster and It does not mean a battery saving either if it is going to be reopened later..

However, if it is an app that is not going to be used again in the short term, closing it is a good way to avoid consuming resources in the background.

To do this, you just have to look at the apps that are open in multitasking. If you have gesture navigation configured, just slide your finger from the bottom to the top.

These are the trends of the labor market in technology
This artificial intelligence is capable of predicting the structure of millions of proteins
Work in Silicon Valley, these are the requirements to be hired remotely