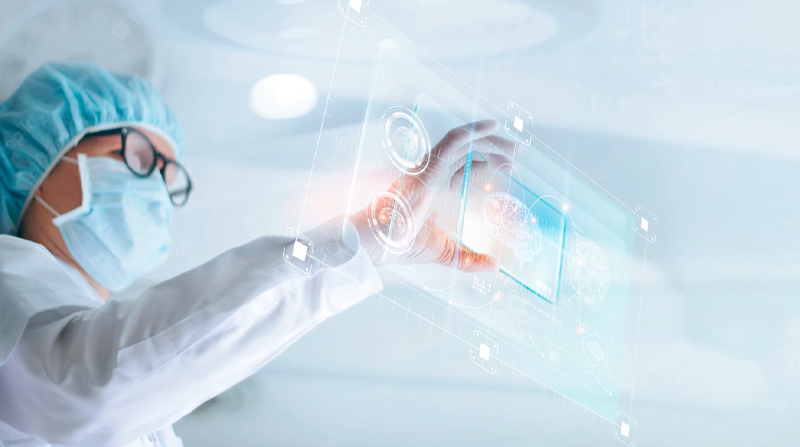 Real medicine makes the leap to the virtual environment

The limits are diluted. The Health in it metaverse starts in the world realjump to digital and undertakes a return trip after completing a specific mission: hitting the target with diagnoses Y treatments from precision.

Technology in this field has been making its way for decades.

In 1990, the virtual reality It began to be used only as an analgesic in dental offices. In 2000, 3D printing entered the operating rooms to accurately guide the surgeons. And telemedicine emerged in 1988, but accelerated its march with the covid-19 pandemic.

What else can come? A lot of.

the giddy technological development and the interrelationship of various disciplines scientific create a world of possibilities personalized treatments.

On this road embarks the mathematical modeling with the digital twins. Spawned by countless equationsare a useful copy for experimenting with the therapy plus adequate before trying it on real world.

Every component of the blood, every part of the heart and its arteries. Everything has been taken to the computer under a mathematical model built in the last decade. This is one of the examples plus real of a twin digitala design that adds the contribution of different prestigious centers, including the John Hopkins University.

Juan Carlos de los Reyes directs the Center from Mathematical Modeling of the National Polytechnic School (EPN), where this is used tool to make predictions of covid-19 in Ecuador.

Explain that you are part of a real problemthe most important variables are sought, the structures of the issue with differential equations and relationships quantitative. Then the simulation is done and, finally, a foresight in the real world. “With this type of relationship you know what the reaction will be, for example, before a determined medicine”, says the researcher.

The investigation goes further. They are running right now gigantic alliances Come in institutions scientific to immerse yourself in the complex workings of the heart and brain.

When AnimaEC It was released two years ago, it benefited about 500 users. The help line attention in crisis Y emergencies from mental health it went from the conventional phone to an ‘app’ that closed 2022 with almost 3,000 users.

José Rivadeneira coordinates this service technological of Institute from neurosciences of the Council from Charity from Guayaquil. He says that through this 24/7 virtual assistant they have managed to lower the costs of more than 80%. discomfort indiceslinked to suicide attempts.

The next step will be to queries with helmets of reality virtual what will they be calibrated. Proximity versus distance and having a professional on hand. This formula has given impetus to more than 97,000 ‘apps’ of Health available in the world, from those that measure the stress by the voice to those who alert the risk of sun exposure.

To give more impetus to the technologiesthe Organization world of the Health created the Atlas of the digital health. The platform Unites doctors with donors and has led to more than 800 projects to improve the quality of life with applications to combat malnutritionthe sexual violencestrengthen Health mentalamong other fronts.

Previous The unexpected guest at Lionel Messi’s party that stole all eyes
Next What to watch on Netflix: the 10 most watched movies in the last week in the United States, recommendations and upcoming releases | Chronicle