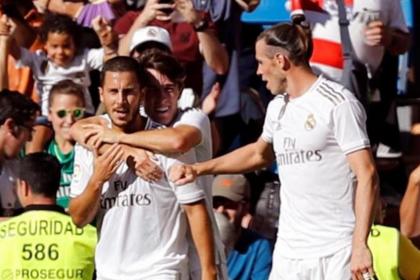 The winter market in Europe is approaching and they begin to speculate about future signings and departures of players in the main clubs of the Old Continent. In Real Madrid they point to a rout, which could involve the departure of up to eight players in January 2022. Will it happen?

The team led by Carlo Ancelotti goes through a replacement, and there are figures that no longer generate expectations. On the contrary, it is expected that Florentino Pérez, president of the Spanish club, will hire brilliant players for next year, so the squad must be refined to make room for new ones.

Other great hires made by the merengue team did not measure up. Thus, the list of departures for January would be headed Gareth Bale and Eden HazardTaking advantage of the fact that they have a market and that, although they did not shine in Madrid, they can relaunch their career in other European clubs.

Up to 8 Real Madrid footballers could leave the team if they are placed in the next market. Also on the list is Isco, who ends his contract in June 2022 and they do not plan to renew (like Bale).

In addition, they would be Nacho, Luka Jovic, Mariano, Dani Ceballos and Jesús Vallejo. The truth is that Madrid is preparing for a great change in its team, with departure, but also with the arrival of footballers.