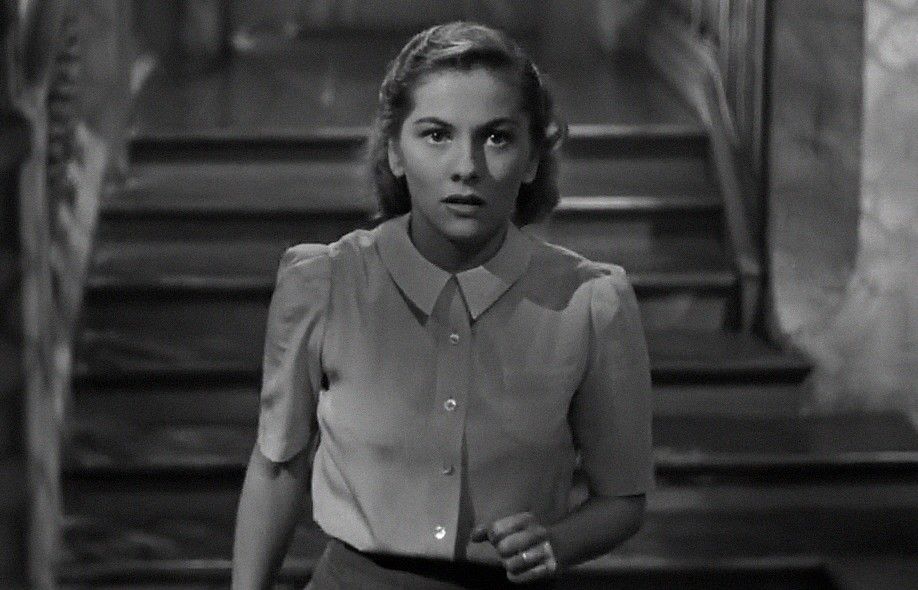 Rebecca (1938), by Daphne du Maurier, may sound more familiar to us from the film adaptation of Alfred Hitchcock (1940) than from the novel. However, du Maurier’s work remains disturbing and visionary today, and contains many details worth exploring.

In addition, none of the multiple audiovisual versions has yet managed to capture the complexity of the book, inspired by two intertwined Victorian narratives: jane eyre (1847) by Charlotte Brontë and the folk tale of Bluebeard.

Du Maurier rewrites these two stories in a context of the early twentieth century, and in this way reflects on cultural discourses of the time around marriage and the emancipation of women.

The novel achieves all this through an absent but omnipresent character: Rebecca, the late wife of Mr. de Winter. The innocent protagonist abruptly falls in love with him and moves with him to his mansion in Manderley, thus becoming the second Mrs. Winter. Obsessed with the image that other characters and herself have of the first Mrs. de Winter, the protagonist reveals the desire to approach the model of transgressive femininity that Rebecca symbolizes, as a version that is both feared and satirized, but somehow , idealized from the new woman.

Bluebeard and the crazy woman in the attic in ‘Jane Eyre’

The fable of Bluebeard, that story about a wealthy man who murders a series of curious women who enter the forbidden chamber of his mansion, is reformulated in jane eyre and it becomes more than just a self-righteous warning about the dangers of marriage for women. In this novel, the protagonist breaks with the ideal of a woman without desire that Victorian society expects of her by falling in love with Rochester, Brontë’s Bluebeard, despite the fact that he has his first wife, Bertha Mason, locked up in the attic. of his Thornfield Hall mansion.

Branded crazy to justify her confinement, Mason is considered Jane’s double because she can be seen as an embodiment of the most liberated and passionate part of the protagonist. This connection unites it in a subversive way with the notion of fallen woman of the time. This is characterized by her transgressive femininity as opposed to the conception of the home angela patriarchal ideal that relegated women exclusively to the domestic sphere and to a restrictive and demure femininity.

However, the relationship between Jane Eyre and Bertha Mason could be said to be built on a metaphorical level, and is colored by patriarchal and colonial visions that leave Bertha in the background.

Rebecca’s ideation as an eccentric woman

Du Maurier’s narrative transfers the transgressive model of jane eyre to its context, in which the appearance of the figure of the new woman It aroused suspicion among the most conservative circles. And why?

This figure represented the social transition to a new era in which women had a little more room to question the gender roles that were imposed on them, thanks to the suffrage struggles that arose at the turn of the century and their progressive inclusion in the public sphere. However, being a transitional figure between the old and new order, these women were still largely economically dependent and could be socially punished if they strayed too far from accepted gender roles.

The image of Rebecca that the second Mrs. de Winter reconstructs based on the stories of others corresponds to the idea of eccentric subjects of Teresa de Lauretis, a concept that helps to understand what the new woman.

As eccentrics, these subjects take an “excessive critical position… that is achieved only through practices of political and personal displacement across the boundaries of sociosexual identities and communities, between bodies and discourses.”

Rebecca is remembered as a transgressive woman due to her sexuality and, in fact, the novel suggests that she had extramarital lovers of different genders. Also, she is somewhat described as a determined woman and in tune with traditionally “masculine” characteristics; like his equestrian and naval skills, or his authoritative presence.

These attributes are sometimes exaggerated, which contributes to the feeling of being overwhelmed by the second Mrs. de Winter in Manderley. They also approach the satire of the new woman that the more conservative factions of the turn of the century tried to propagate.

Even so, the “nameless & rdquor; Mrs. de Winter, in her attempt to get closer to the eccentric presence of the first woman, she ends up undergoing a metamorphosis in some way. That not only makes her behave as she thinks Rebecca would, but it gives her the tools to break what is expected of her by approaching a model of femininity outside the norm at the end of the novel.

Revisiting the heritage of Villette

Although Rebecca has generally been studied in relation to jane eyrethere is another novel by Charlotte Brontë that shows us a relationship similar to that between the two ladies of Winter.

In Villette (1853) we also find an idealization by the protagonist, Lucy Snowe, much more explicit and detailed than the link that can be inferred between Jane and Bertha.

Before a theatrical representation of the biblical character of Vashti, the first wife of the Persian king whose destiny influences that of his second wife Esther, Lucy describes her in similar terms to Rebecca, both in her physical appearance and in her attitude. Lucy considers that Vashti, although sometimes demonized, is “neither a woman nor a man & rdquor; and she wishes to approach suffering with strength even in adverse situations.

Although the character is ambivalent and orientalizing, Lucy not only admires her, but also manages to imagine and approach non-normative identities through her eccentric ideation of Vashti. In this way, she can interpret the relationship between the second Mrs. de Winter and Rebecca in ways that go beyond a dramatization of the patriarchal idea of ​​rivalry between women.

Will include Villette In these debates, it is key to reconsider the enormous influence of eccentric women and revalue the transgressive desire to approach alternative models of femininity, something that directly contradicts certain discourses of the hegemonic patriarchal culture.

When the latest adaptation of Rebecca on Netflix (2020), an article in Guardian I argued that it was not necessary, because we already have numerous versions of the novel. However, we continue and will continue to need to revisit Rebeccabecause only then will it be possible to recognize the legacy of eccentric women.

Trailer for the adaptation of Rebecca in 2020.

Of course, it is time to leave behind patriarchal and hegemonic conceptions whose interest is to perpetuate the fantasy of romantic love or restrictive femininities that have prevailed in the popular rewritings of du Maurier’s narrative. In this respect at least, we may not have been, so far, more insightful than our Victorian ancestors.

This article was originally published on The Conversation. Read the original.