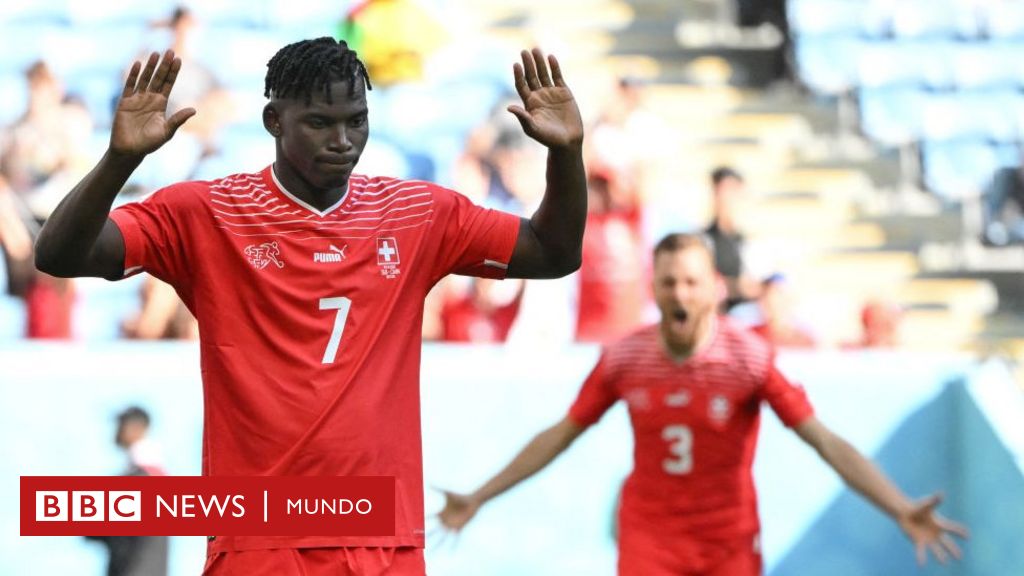 Qatar World Cup 2022: the goal for which striker Breel Embolo apologized in Switzerland’s victory over Cameroon

Forward Breel Embolo scored the goal in Switzerland’s 1-0 win over Cameroon on Thursday, but it was his reaction to the goal that caused one of the most striking scenes so far at the 2022 Qatar World Cup.

It was running in the 47th minute of the game when Embolo was left alone in front of the rival goal, so he only had to push the ball to secure the goal.

His instant reaction was that of any footballer who scores, to run out to celebrate. But turned around and stood stillHe raised his hands to his face and made a gesture as if asking for forgiveness.

Anyone who was not paying attention to the game would have thought that he had committed an own goal. But Embolo simply omitted a celebration ago to have written down the country that saw him born.

And it is that the striker was born 25 years ago in Yaoundé, the capital of Cameroonthe country from which their parents also come.

When he was 5 years old, he emigrated with his mother to France and later to Switzerland, a country of which he became a citizen through his stepfather.

Qatar 2022 is Embolo’s second World Cup with Switzerland, but this year’s group draw pitted him against the African country of his birth.

His goal has been very important for Switzerland as they share Group G with Brazilone of the favorites to win the world championship.

“You have an opponent and of course he wants to score a goal for his team. And he did his job, so we are very happy,” Switzerland coach Murat Yakin said after the game.