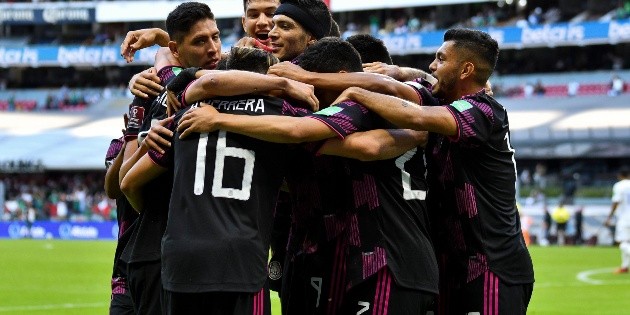 A great first half of the Mexican National Team suggested that those led by Gerardo “Tata” Martino could win the TQL Stadium, but the North American team was much superior in the second half and tipped the balance 2-0 in their favor, with goals from Christian Pulisic and Weston Mckennie.

Weston McKennie marks the second for the North American team, after staying hand in hand with Guillermo Ochoa.

Timothy Weah sends a center to the small area and Christian Pulisic sends it to save with an accurate header.

It’s already 65 minutes at TCL Stadium and the Stars and Stripes have maintained dominance over the Mexican team throughout the second half.

Mexico begins to suffer in the midfield, where Herrera and Romo are overtaken time and again by Adams and McKennie.

Weston McKennie took a shot with his right foot inside the area and Guillermo Ochoa reflexively shot to send a corner kick.

The Second Half begins

The ball is rolling again on the TQL Stadium court.

End of the First Half

The referee whistles and the first 45 minutes of a very pleasant match end.

The North American team has kept the pressure high throughout the first half and Mexico has managed to attack the back of the rival defense, generating some clear scoring chances.

Hirving Lozano sent a spectacular center to the area and “Tecatito” Corona, alone before the goalkeeper, tried to hit with an internal volley and to everyone’s surprise he sent the ball to one side of the North American frame.

The “Tecatito” Corona filtered a spectacular ball for Hirving Lozano who with his speed got into the area and took a shot that sought to sneak past the goalkeeper’s left post, but Steffen made a save that drowned out the Mexican goal cry.

Between several rebounds on the edge of the area, the ball fell to Edson Álvarez who did not hesitate to take a shot with his left-foot inside leg, but goalkeeper Zack Steffen was very attentive and with a great stretch sent a corner kick.

Timothy Weah led a dangerous counterattack from the Americans, but never raised his head and took a low shot that Ochoa easily parried.

If the winger had raised his head, he had two teammates in a better position.

On a cold night in Cincinatti, the referee whistles and the ball is already rolling on the court at TQL Stadium.

Mexico and the United States face off on the seventh round of the Concacaf Octagonal Final.

Gerardo “Tata” Martino knows that scoring against the United States would be the blow on the table that the Tricolor needs to deliver, and he sends the best he has available for the match.

Hirving Lozano, Raúl Jiménez and “Tecatito” Corona will lead the attack of the national team.