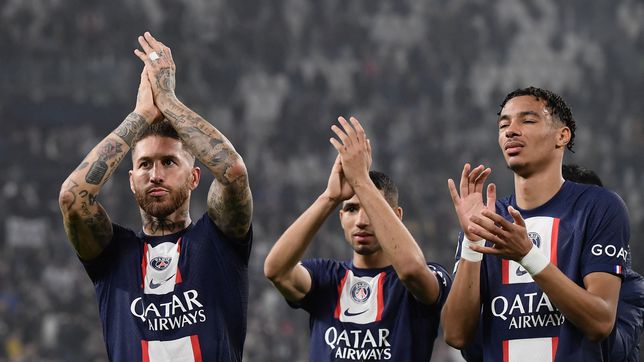 PSG finished second in the group despite their victory in Turin

PSG have once again finished second in the group in the year in which it seemed that they had everything in their favor in their Champions group. The Parisian team beat Juventus 1-2 thanks to an extraordinary goal from Nuno Mendes in the second half, but Benfica’s 1-6 win against Maccabi caused Galtier’s men to finish second. Therefore, on Monday, in Nyon, site of the round of 16 draw, the current leader of Ligue 1 could have a fearsome opponent in the round of 16 of the Champions League.

With many options in favor of finishing first in the group, Galtier barely rotated. In fact, it was surprising that the coach established Bernat as a starting left-back after the recovery of Nuno Mendes. The Spaniard, together with Fabián Ruiz and Carlos Soler, the latter starting out due to Neymar’s absence, was the starter in another transcendental event for PSG. Juventus, diminished by casualties, wanted to secure a qualification for the Europa League that could, although to a lesser extent, compensate for the poor group stage it has done.

Whatever they say, this PSG is still in the process of finding itself. Or to look for a system that definitely gives you balance. Because, even if he has the best players in the world, it is of little use if the rival, Juventus this Wednesday, continually submits him in defense. Allegri’s men came out with a devilish pace to meet. As if it were a final. As if he wasn’t eliminated from the Champions League. And PSG, who felt in a privileged position, were surprised.

Juventus came and went, but had no force in the areas. Something that PSG has left over. In a great combination with Messi, Mbappé destroyed two rivals and defined the long stick as if he were in the patio of his house playing against children. 0-1. The result did not reflect what was seen on the pitch, but this PSG needs little, very little, to win the games.

Fabián’s injury and the entry of Renato Sanches, lost in the first half, caused the Parisians to lose control of the ball. The arrivals followed one another in the Donnarumma area, until Bonucci, an unexpected arrival, attacked Ramos’s back after a good cross from Cuadrado and put the tables on the scoreboard. Mbappé, again to a pass from Messi, had the 1-2, but Szczęsny avoided it.

PSG had the obligation to go on the attack in the second half. In Israel, Benfica thrashed Maccabi Haifa and put the Ligue 1 leader second in the group for several minutes. The change of Nuno Mendes by Bernat was key. The Portuguese, a bullet into space, took advantage of an excellent pass from Kylian Mbappé to anticipate Cuadrado and make it 1-2 on the scoreboard. PSG was once again the group leader, butBenfica thrashed Maccabi 1-6 and caused Galtier’s men to finish, for the second consecutive year, second in the Champions League group stage.

Previous Musk announces that Twitter suffered a “massive” drop in revenue
Next Early retirement of nurses and doctors: Spain looks at it