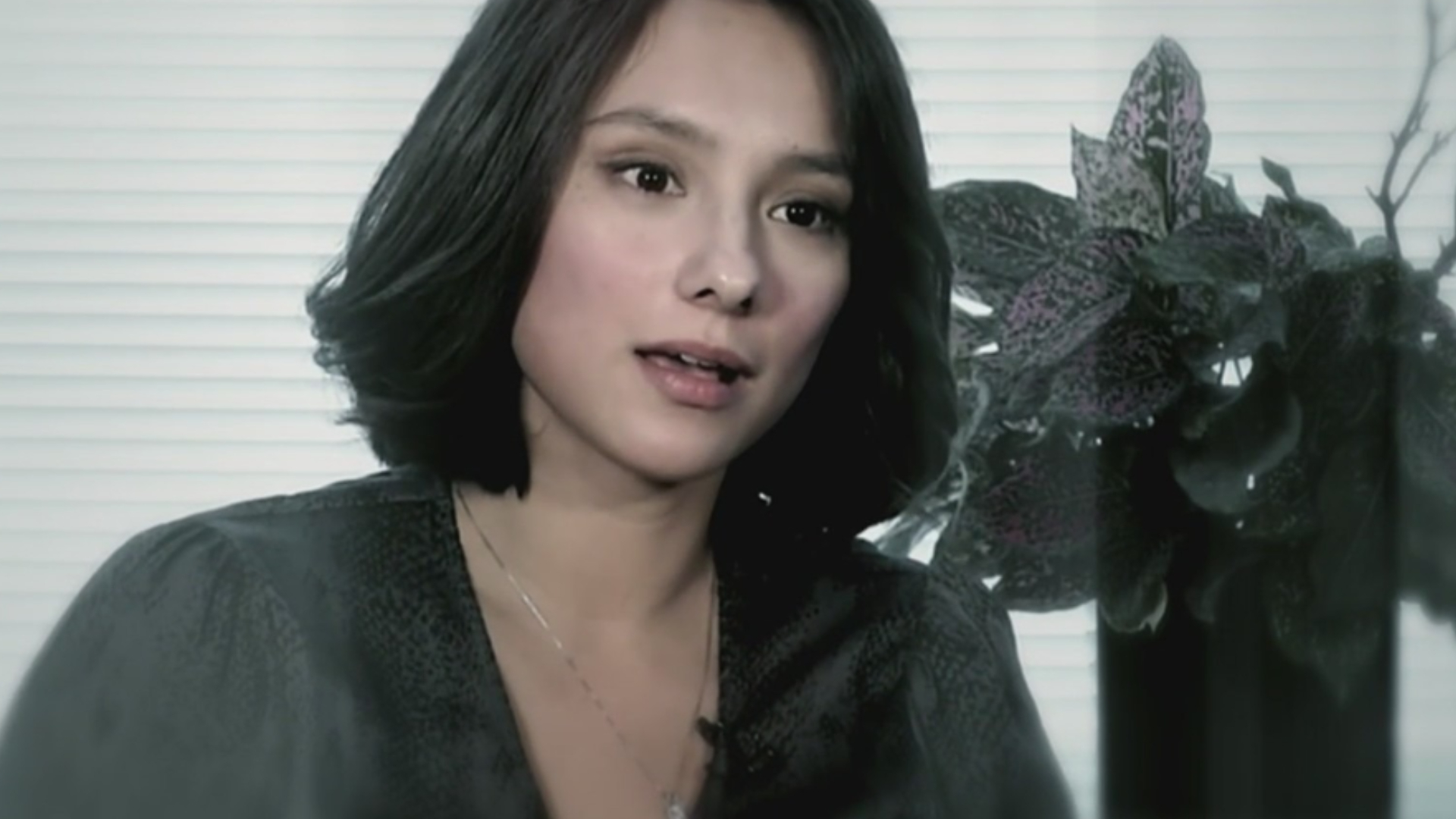 In an emotional Los Angeles court hearing, California Department of Justice officials affirmed that members of the La Luz del Mundo church and the lawyers of its leader Naasón Joaquín García they have intimidated prosecutors from this country and Mexico who are investigating the case.

Joaquín García’s legal defenders, for their part, denied those accusations and described them as being a “theater” and “Wonderland”. They said that their actions are due to the legitimate right to prepare the case in favor of their client , accused of sexual abuse of minors, child pornography and rape. He has pleaded not guilty and is still being held in a Los Angeles jail. His trial remains scheduled to begin on May 9, 2022.

The Light of the World, which claims to have five million faithful in almost 60 countries, did not comment on the matter.

Patricia Fusco, the prosecutor leading the case, said Monday in the Superior Court of Los Angeles that the harassment that the complainants have suffered for months has already escalated to former prosecutor Amanda Plisner, as well as officials of the Attorney General’s Office ( FGR) of Mexico. He warned that the latter are “in danger” because their names were published by Joaquín García’s lawyers.

“What is more worrying, Your Honor, is that multiple problems have occurred in this case, pertinent to security and in an attempt to intimidate witnesses and now it has been extended to prosecutors and this behavior, not only on the part of Mr. Garcia and his people, it now appears that the defendant’s attorneys are engaging in similar conduct, ”Fusco said.

“We have had Mr. García’s people harassing and trying to harass victims. We have church members in and out of court, your honor, trying to harass and intimidate prosecutors, “the official added, without offering details of any incidents in or around the court.

Univision Noticias has reported that several men identified as the “guards” of the family that governs La Luz del Mundo stand outside the court, at the entrance for the buses that transport the detainees who attend their hearings, near the corner of Temple and Spring streets. This Monday, at least three of them were inside a black SUV. The photos of some of these men are in the file of the FGR, which has reviewed this medium.

Verbal attacks and intimidation on social media against people who have left the church and who speak out against the so-called ‘Apostle of Jesus Christ’ are not new, according to articles of this medium.

Visibly upset, Fusco recounted in court how Joaquín García’s lawyers decided to serve a summons to the door of former state attorney Amanda Plisner’s apartment, after they were unable to do so in her new job in the private sector. For Fusco, it is a malicious tactic that left this message to the leader of the case: “What do you think? We know where you live ”.

“Her husband accepted the package and inside the box was a subpoena… This is done with a purpose and an intention to intimidate and harass her. It is unethical and it is completely reprehensible ”.

He also said that the defense attorneys’ plan is “Damage the reputation” of the former prosecutor. “Stop harassing Ms. Plisner and stop posting false information about her,” he asked.

“What they did exceeded the limit”

For her part, the prosecutor Diane Callaghan, who has been part of the team that prosecuted the Mexican pastor since his arrest in June 2019, denied the version of the defense lawyers that they first tried to leave the summons at a California prosecutor’s office .

“They didn’t, instead they chose to intimidate Mrs. Plisner at her home. What they did exceeded the limit, ”she said with a broken voice. “I apologize, your honor, this is very personal,” he explained his excitement.

In a judicial document mentioned in the hearing, an agent of the State Prosecutor’s Office warns that he is “concerned for the safety of Mexican prosecutors,” whose names have been exposed by Joaquín García’s lawyers in another document.

“They have also tried to intimidate a Mexican prosecutor despite the order that this court gave,” Fusco said at the time. “They know very well that these people could be in danger, but they did it anyway. This is completely irresponsible ”.

In response, Judge Ronald Coen approved a motion by prosecutors asking to block the subpoena directed at former prosecutor Plisner.

The prosecutors also asked Judge Coen to seal the defense document that mentions the FGR officials, to investigate how the summons was delivered “to find out who went to Mrs. Plisner’s house,” that a order to “destroy any document that identifies information” of the former prosecutor and take the necessary steps to find out who has this personal data, “including members of the church.”

In addition, they asked to punish the lawyers of the leader of La Luz del Mundo for this fact. “A sanction should be imposed for this. It does not follow due process, it is completely inappropriate, it is unethical and it is frankly dangerous behavior, ”said Fusco.

Judge Coen said he was not sure if he had the authority to take action regarding withholding personal information about Plisner, refused to seal the defense document containing the names of the FGR prosecutors, and said that, in his opinion, no violation of the court order was committed for the way the summons was delivered to the former prosecutor. He clarified that it is the right of Joaquín García’s lawyers to obtain information that they consider relevant in the process.

“There were no threats,” says lawyer

Alan Jackson, the main lawyer for the leader of La Luz del Mundo, affirmed that they did go to the state Attorney’s office to deliver a summons requesting messages and other information on Amanda Plisner’s cell phone, but “they told us: ‘go away, She does not work here”. He added that they later went to their new place of work, but could not even enter through security measures.

“As a last resort we went to the residence … It was done professionally, without harassment, there were no threats.”

His objective, he explained, is to obtain copies of the conversations between Plisner and the anonymous whistleblowers, in particular ‘Jane Doe 4’ and ‘Jane Doe 5’, both adults, because among the evidence there are messages about alleged payments, promises to obtain immigration status and even avoid prosecution in Mexico.

According to Jackson, these messages were on the cell phone of ‘Jane Doe 4’ referring to Amanda Plisner or that the former prosecutor herself wrote to the complainant:

Amanda said she will help us with a payment.

Hello (Jane Doe 4), just checking. I know from (a name) that you are feeling pressure from Sóchil to report in Mexico. I want to let you know that we are in contact with the government of Mexico, also with the Mexican Prosecutor’s Office, pertinent to our case in California, and what I need to have and not have in Mexico so that our case can be properly processed here.

Hello, I just want to let you know that I am working to find out what happened to the authorities in Mexico.

Jackson said the message about the alleged “payment” was written by ‘Jane Doe 4’ a day after her client’s arrest at the Los Angeles airport more than two years ago. The attorney noted that there is “overwhelming evidence” that Amanda Plisner had “robust communication with her Mexican counterparts in Guadalajara and Mexico City.”

Jackson himself traveled to Mexico City two months ago to learn details of the investigation against his client carried out by the FGR. His version is that the agency does not have the peephole on the pastor, but on the whistleblowers. But that is not accurate. In fact, the Financial Intelligence Unit (FIU) has also been under scrutiny for alleged tax evasion and investing the tithe that his faithful gave in activities outside his church, such as buy luxury properties and cars in there.

“They (the Mexican prosecutors) are not enemies of Mr. García. They, in fact, investigate people who falsely accuse Mr. García, “said Jackson, adding that one of the FGR officials agreed” not to interfere with our case. “

Jackson also traveled to the Hermosa Provincia neighborhood, the church’s headquarters in the city of Guadalajara, where he was received with emotion, according to Univision Noticias sources.

The investigation of the FGR has been mentioned in various reports of this medium. A few months ago it was published how Mexican policemen posed as tourists to enter Hermosa Provincia, to collect data and contact ‘Jane Doe 5’. Another note is about the accusations against the rector of a private university in Tijuana whose owner is Naasón Joaquín.

Jackson explained in court that he decided to put the names of the Mexican prosecutors in a court document because they were not on the list of anonymous people that the California government has protected.

Therefore, the lawyer added, “we believe that there is relevant information on Ms. Plisner’s phone. We don’t want to harass anyone ”.

Regarding the messages on the complainants’ cell phones, Callaghan replied that they were taken out of context by Jackson. He claimed that Plisner never made any promises to offer the victims and their families immigration status.

Regarding the “payment” he said that, in effect, they have been made by the victim services unit of the State Attorney’s Office “to support their well-being and keep them in safe circumstances throughout this case.”

“They have been placed in safe places due to the harassment and threats they have received, as a result of the abuse they suffered from Mr. García,” the prosecutor emphasized.

Joaquín García was in the audience and he was seen with quite short hair. His younger brother Uzziel Joaquín García, who is bishop of the congregation, attended the court.

Previous Adamari López and Jacky Bracamontes do sexy dance with very short dresses in the corridors of Telemundo
Next Do you want a 3D printer? Pay only € 254 for this resin