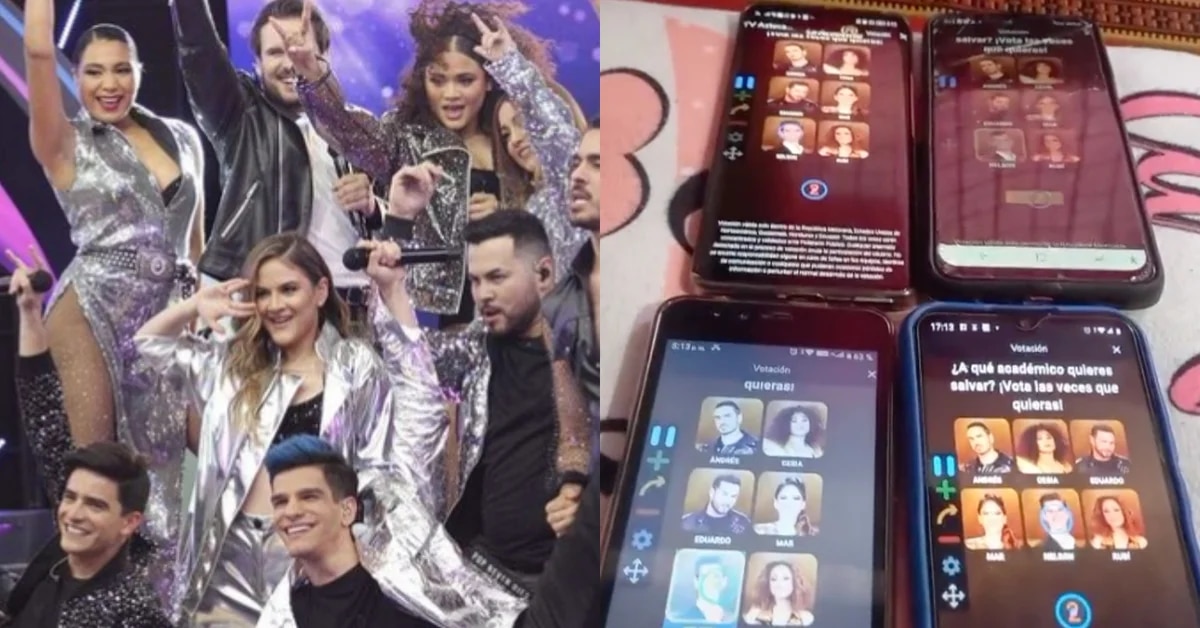 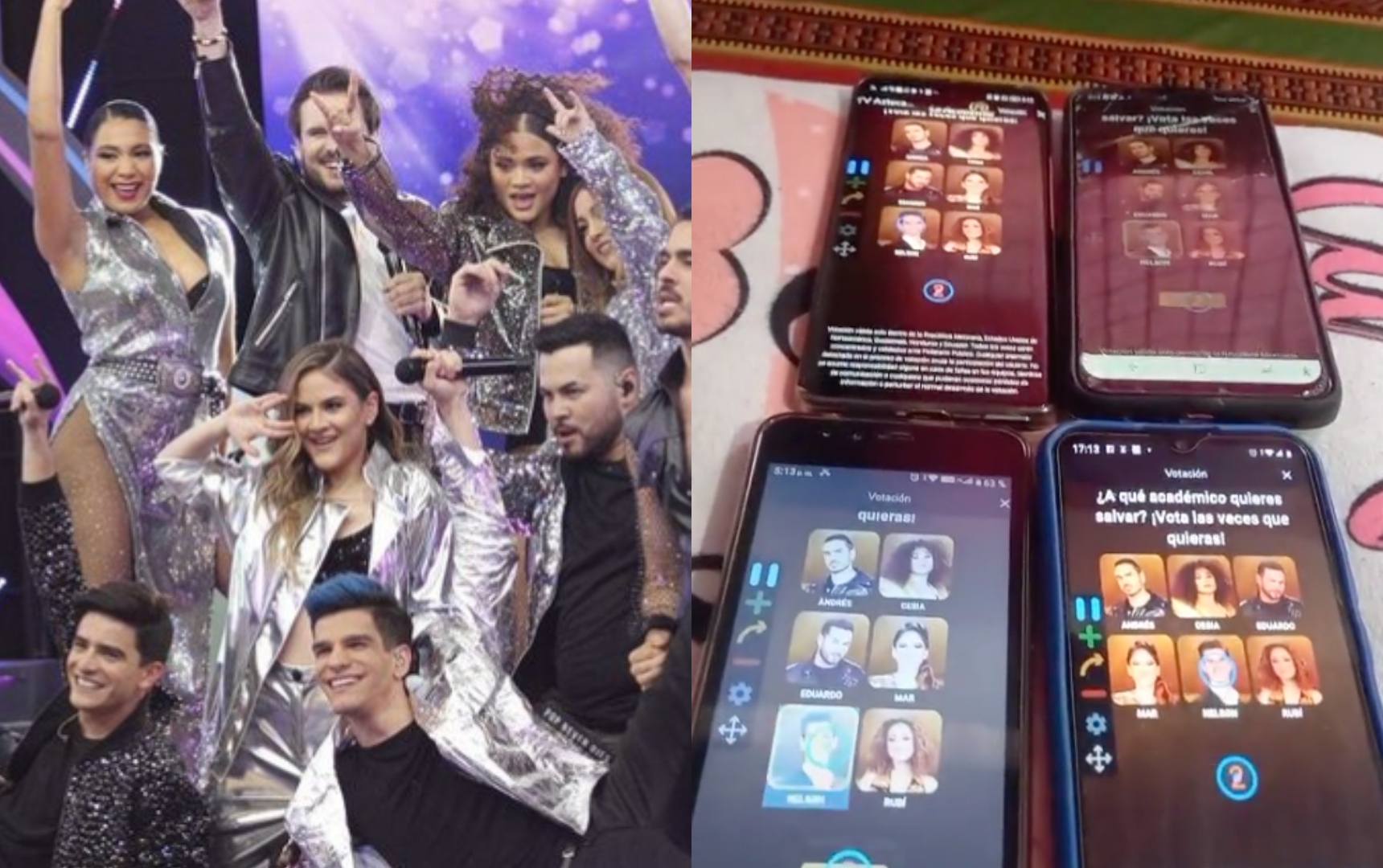 The Academy: 20 years is in its final stretch and fans of the program can make use of the application of Aztec TV to vote unlimitedly for your favorite semi-finalist. However, recently several videos began to appear on social networks where you could see as some of the followers of the program were helping themselves with some technological tools to automate voting and thus give more number to your favorites.

It was from a video TikTok where this became more evident, as you can see a user who placed four phones together and with the help of a bot managed to make each one they will register votes for Nelson. Also, in the audio of the clip you can hear: “I want the machines working 24 hours a day, as if this were a network.”

After the clip went viral, users of Twitter They shared it and were dismayed by the way some fans of the famous singing contest acted: “What do you think of this way of making the votes? #The academy”. “Too bad, what’s the point of making X student win if in “reality” he doesn’t have that support. They will be able to stay in a good place or even win The Academy, but what will it be worth if they are not going to buy their records, they will not go to their concerts or they will not make them a trend on the different platforms, ”were some of the comments.

Given this, the official account of The academy in Twitter answered to the concern of netizens and delved into the fact that they would not allow this type of action, since their intention is that the vote registry be as transparent as possible.

“The voting system of the Academy It has a security module, stopping counting those votes that are detected are generated by bots. and not by a natural activity of a human”, reads the brief comment that launched the program.

Likewise, the public was exhorted not to rely on this type of application, since it could be counterproductive for the participants of the show.

“If you really want to support a student, don’t use bots, those votes are not going to add up ”, concluded @LaAcademiaTV. 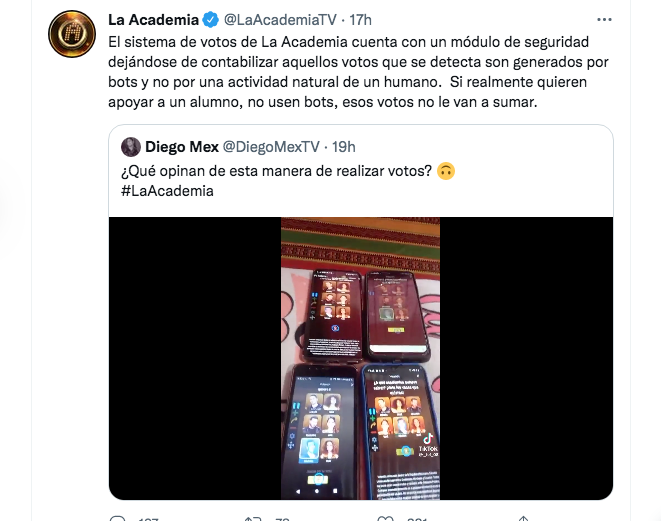 Once again, the reactions from the users of this social network were immediate and several of them were incredulous at what was said by the production of Aztec TV.

“Hopefully your system doesn’t fail… because I want to know how they distinguish votes from bots and votes from real people like me, who in a minute and 50 seconds give approximately between 260 and 300 votes to Nelson”. “Don’t you have a budget for that?” “They pretending that they did not put the unlimited votes mode to precisely show off their millions of votes,” were some of the mentions.

Students must learn four songs to participate in the semifinal. To start, will be held on saturday the same dynamic which took place last weekthat is, they will all form duets and eliminate each other until there is only one left. 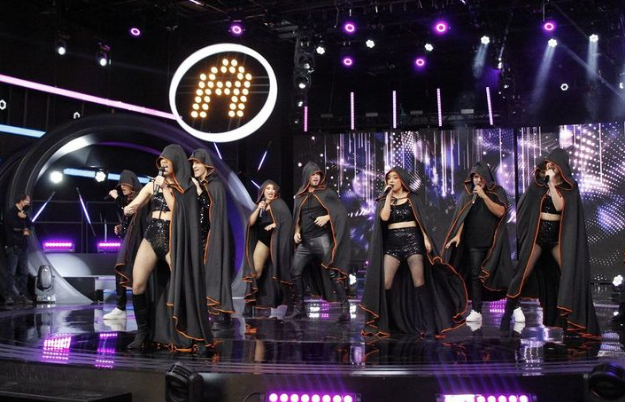 This Saturday the semifinals will start (Photo: Ig @laacademiatv)

Thus, the duet made up of Sea and Andrew will sing Mourn by Jesse & Joy and Mario Domm, whoever moves on to the next phase will perform Laura is not here of Nek and if someone reaches the end of the dynamic they will sing Blue by Christian Castro.

Cesia and Nelson they will sing Was you by Ricardo Arjona. In the next phase they must sing Here I am by Luis Fonsi and if one of them reaches the final they will interpret What was not will not be of Jose Jose.

Ruby and Edward make up the third duet, who will start with Hanging on your hands by Carlos Baute and Marta Sánchez. Whoever goes to the next round will sing This afternoon I saw it rain of Armando Manzanero and if someone reaches the third stage they must sing The love of his life by Julion Alvarez.

Master of ‘La Academia’ branded judges as “the four horsemen of the Apocalypse”
Carlos Rivera and Cynthia Rodríguez returned to Mexico after rumors about a possible pregnancy and wedding
Alexander Acha reacted to his fights with Lolita Cortés at La Academia: “She is not my friend”