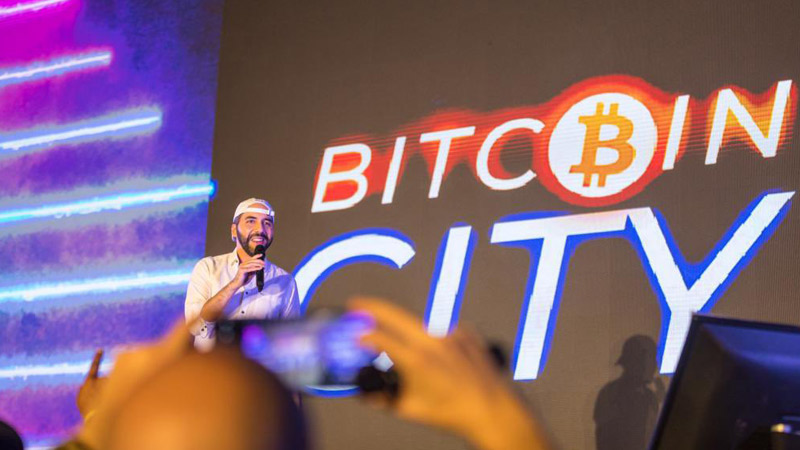 According to the international market, this Friday the crypto asset registers a decline, reaching a price of $ 54,552.20 for each Bitcoin. To date, there are already 1,220 bitcoins bought by the Salvadoran government, which spends $ 95.9 million to date.

The president of El Salvador, Nayib Bukele, whose country has been the first to give legal tender to Bitcoin, announced on Friday the purchase of 100 of these cryptocurrencies taking advantage of a drop in the price.

“El Salvador just bought in the fall 100 extra coins acquired at a discount,” said the president in a message on his Twitter account.

The president did not provide further details of the transaction, or how much the country invested in the purchase of those 100 coins, which are added to another 1,120 acquired since last September 7, when the crypto asset was given legal tender in the national economy.

The Salvadoran government has not revealed how much money it has invested in the purchase of Bitcoin, although it has done so with funds from the Salvadorans’ pockets, but according to the prices that the cryptoactive had at the time the announcements were made, the expense in 1,120 virtual currencies it would amount to $ 90.5 million.

According to the international market, on Thursday Bitcoin closed at $ 58,975.40, and this Friday it registered a decline, reaching $ 54,552.20 for each virtual currency. At that price, the government of El Salvador would have invested about $ 5,455,220 in the purchase of the 100 Bitcoin, which added to the other bitcoins makes an expense, to date, of $ 95.9 million.

On November 22, the International Monetary Fund (IMF) considered that El Salvador should not adopt Bitcoin as legal tender due to the risks involved.

Following a periodic assessment of the country’s finances known as Article IV, the IMF recognized the Salvadoran government’s efforts to promote financial inclusion and economic growth through the use of crypto technologies.

However, he considered that “given the high volatility of bitcoin” its use as legal tender “implies great risks for consumer protection, the integrity of the financial system and financial stability.”

In addition, he warned that “its use can also cause fiscal contingencies” and concluded that “bitcoin should not be adopted as legal tender.”

However, Bukele is determined to continue promoting the use of cryptocurrency and even announced the construction of the world’s first Bitcoin City in the eastern part of the country.

Using geothermal energy from volcanoes, Bitcoin City would be built in the city of Conchagua, near the volcano of the same name and the Gulf of Fonseca, in the Pacific Ocean.

MORE ON THIS TOPIC

Previous Why are the presidential elections important in Honduras?
Next Who is Ralf Rangnick, a manager who points to Manchester United and is considered the master of Klopp and Tuchel?