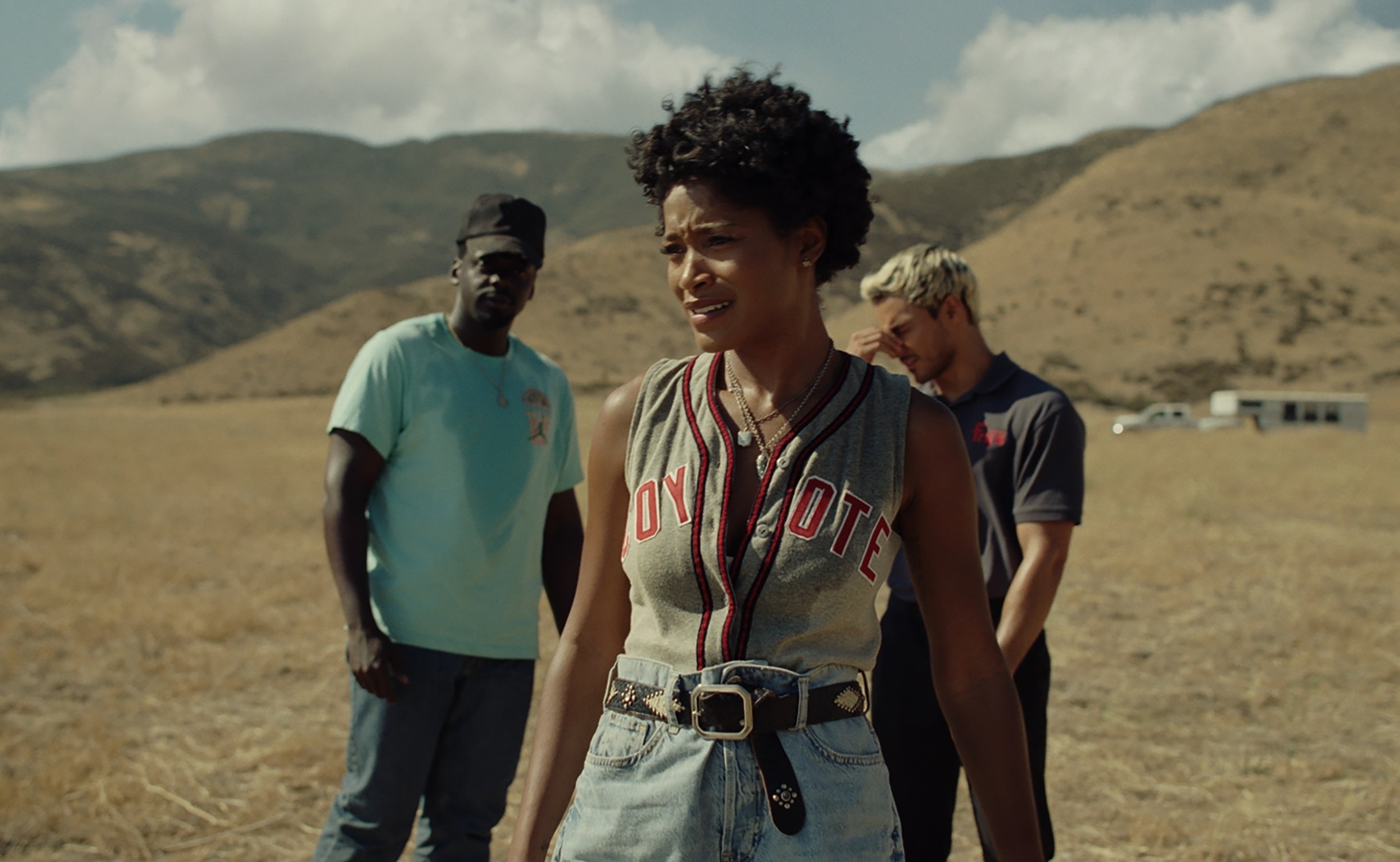 Premiere on the billboard: ‘Nope!’, the colossal human stupidity refusing to accept the evidence

“I will cast filth on you; I will cover you with dishonor and I will make a show of you“. It was the wrath of God against Nineveh, capital of the powerful Assyrian empire. Jordan Peele, a great outsider infiltrated in Hollywood, takes advantage of this fragment of the book of nahum, from the Old Testament, to warn now from the cinema that the time for revenge has arrived. The curse of an angry God against the destructive and evil human being, “despicable”, opens the door to the fascinating and very audacious universe of Nope!.

The third feature film in a brilliant career that the filmmaker is building together with his friend, the producer Ian Cooper, the film was born in the days of confinement due to the pandemic and it reflects the terrors “of that time and its current consequences”…. and the excessive stupidity of the human being refusing —saying not, Nope!— to accept the evidence.

Starring Daniel Kaluuya —unbeatable in its sobriety—, Keke Palmer, Steven Yeun, Michael Wincott and Brandon Perea, the film aspires to be, in the words of the director, screenwriter and producer, “the great American UFO movie”.

they are up there

It’s a daring mix of horror movies and monster movies, science fiction and western, a free creation that flouts Hollywood conventions and, from pure entertainment, delves into deep considerations about race, the environment, work, entertainment and the toxic power of modern popular culture. This, in addition to making public a genuine love for cinema and for all those who do it, especially those who never appear on the screen.

It is the story of two brothers, OJ Haywood and Emerald, who have inherited their father’s ranch in California’s Santa Clarita Valley. There they tame horses for film and television productions. His father, Otis Sr., has died in an unexplained supernatural event. OJ suspects that a visitor from space watches them from the sky. The brothers hire Ángel, a specialist in surveillance technology, to prove the existence of this entity, and they convince a prestigious cinematographer, Antlers Holst, to make a movie. that which is between the clouds.

Addiction for the show

It’s a tale of exploitation. a horror story for this world in which we overexploit natural resources, where women, children, workers… are victims of any type of exploitation, where animals, forests, beaches, air and water are contaminated by exploitation. A universe in which human beings abuse and destroy, and continue to do so, despite the warnings that he gives us every day, and with increasing forcefulness, nature.

But it’s also a film about the addiction of the human being for the spectacle and by the need to be seen and recognized. A harmful dependency that in this fiction embodies very especially Ricky Jupe Park, a former ’90s child star who suffered a traumatic end to his television reign. A chimpanzee participating in his Show He went crazy on the live recording and killed all the actors except him – a sequence that Jorden Peele shows at the beginning of the film. Now, Jupe runs a Wild West theme park in the desert, complete with horses, on land next to the main characters’ ranch.

Animals warning humans. Humans self-absorbed in social networks and in the superficial, obsessed with recording everything, while avoiding those warnings. Exploitation, spectacle and, of course, when it comes to Jordan Peele and Ian Cooper, racism, discrimination and differences.

“This is not a film about race per se, although race does have to do with the idea of ​​exploitation”says the filmmaker who turns the two leading brothers into descendants of the black jockey on horseback who appears in one of the first examples of chronophotography, the one created by Eadweard Muybridge in 1887.

That set of plates No. 626, known as moving horse, is in the permanent collection of the Gallery of Art, in Washington DC, where it is indicating the name of the mare and its owner, but not the rider. This appears in Nope! as the ancestor of all movie stars and workers, many of them of color, silenced in history.

“The film has to be recognized as something that couldn’t have been made five years ago. By that I mean it’s an original story. starring people of color, directed by a person of color, with a big budget and some pretty weird content“.

“The soul of the film, just by existing, compels us to honor all those people who were never able to say hello, all those people who were not allowed the chance to succeed or fail. That’s what the film is about. “, has written in the director’s notes Jordan Peele, an artist who has refused to continue in the gallery of the invisible from Hollywood.

Nope! is subversive and disturbing cinema, which provokes astonishment and terror, which aspires to entertain and conquer the general public, with great movie moments. A film in which Jordan Peele yearns to capture, like Antlers Holst’s character, the impossible shot and in which signs a proclamation of admiration for Spielberg.

Encounters in the Third Phase and above all, Shark they are in the talented mind of the filmmaker and now also in this fiction. The director, in this story, is moving away little by little from the titles of the genre that grant “wonderful qualities to an alien civilization much more advanced than ours”, because “what if the truth were much simpler and darker than what What have we imagined so far? And because his declared ambition is very different. “Hopefully, after seeing this film, people will look at the clouds as they looked at the sea after seeing Shark“.

Previous NOBODY WAS EXPECTING IT! The new and surprising destination of Norma Palafox in the Women’s MX League
Next Price of the dollar today Saturday, this is how the exchange rate woke up