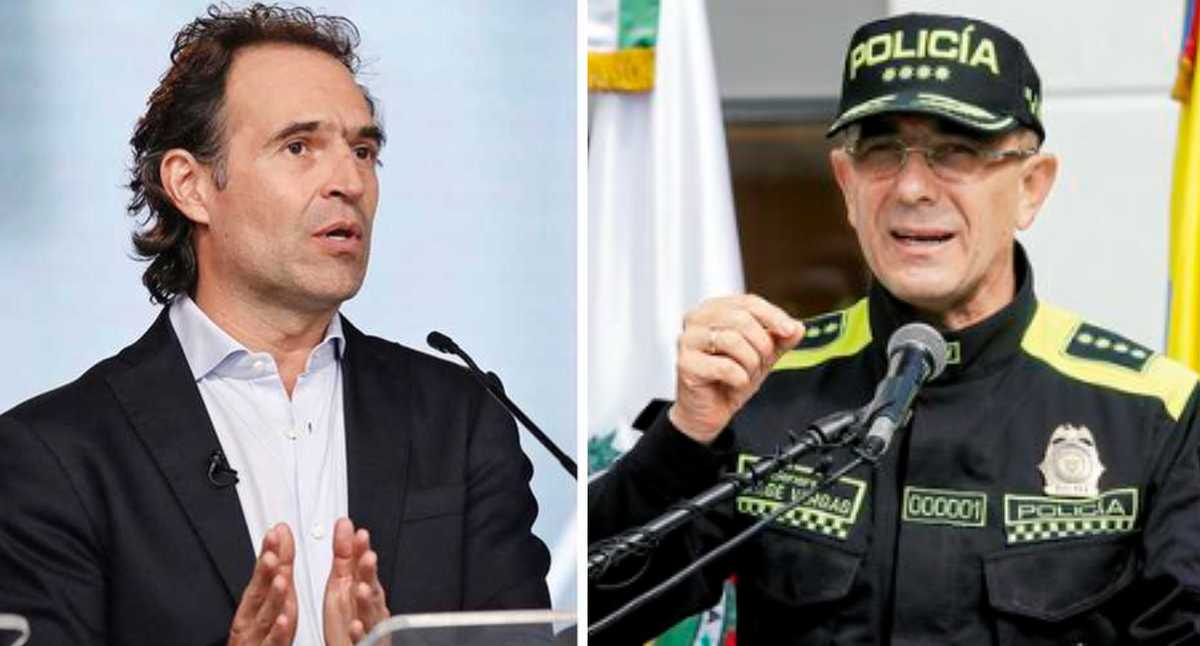 After a meeting between the presidential candidate Federico Gutiérrez, the Minister of the Interior, Daniel Palacios, and General Jorge Luis Vargas, director of the National Police, the conclusions were rendered on the findings found at the candidate’s campaign headquarters in Medellín, where a recording device was located.

General Vargas confirmed that, indeed, it was a recording device and not a ballast, as some versions pointed out.

“An electronic device with an integrated micro-camera system was collected, with an SD card”, General Vargas pointed out. “It is a device with a camera that could allow recording,” reiterated the director of the Police.

He added that other evidence was collected, such as genetic and fingerprint elements, which will be evaluated by criminal experts to determine who is responsible behind this espionage.

General Vargas affirmed that, after the judicial order, they worked in the place investigating the facts for 24 hours. “The respective report was submitted and criminal news is opened,” General Vargas told the media.

The director of the National Police also referred to the threats via pamphlet against the presidential candidate of the Team for Colombia by the Black Eagles, and confirmed that these intimidations do have a basis and, therefore, Fico’s security will be doubled. Gutierrez.

“Instructions have already been given by part of that document, of that pamphlet; Some instructions have also been given through the Ágora Plan to reinforce protection sites that correspond to the National Police, where we are with the maximum capacity”General Vargas assured.

He also said that together with the UNP they received information from the campaign in which there is evidence of threats against the candidate in the Urabá region, which is why formal investigations will be carried out with specialized agents to find those responsible for these events and thus avoid any criminal act.

The director of the Police commented that, in that case, it will be evaluated if a new criminal news is opened or if it becomes part of the current investigation regarding the threats of the Black Eagles.

“We are advancing in two ways, in the investigation of these three facts, with all the mechanisms of the Ágora Plan, criminal investigation, intelligence, with orders from the Judicial Police and investigation by the National Police,” said the director of the Police.

General Vargas confirmed that President Iván Duque’s instruction is that any fact that affects any of the candidates or the campaigns must be guarded and investigated by the authorities to avoid any criminal act.

For his part, the Minister of the Interior, Daniel Palacios, assured that the important thing for the Government is to investigate all the threats that have been known against any candidate and that in this case they cannot be dismissed either. In addition, he mentioned that the corresponding investigations will be carried out in the case of the former mayor of Medellín.

Additionally, it confirmed preventive increases in security for all candidates, not only for travel and public events, but also in residence and campaign areas.

Regarding an alleged leak by criminal groups to Federico Gutiérrez’s campaign, Palacios stated that the complaints made by the candidate’s campaign are related to the Urabá region and members of the Clan del Golfo, facts that will be investigated.

“That information was received today, it will be evaluated by intelligence, criminal investigation, to find those responsible, to validate that information”commented the Minister of the Interior.

Palacios reiterated the concern about the Black Eagles pamphlet in which the integrity of Fico Gutiérrez is threatened and that, for this reason, the decision was made to reinforce the security and protection of the Team for Colombia candidate and his campaign.