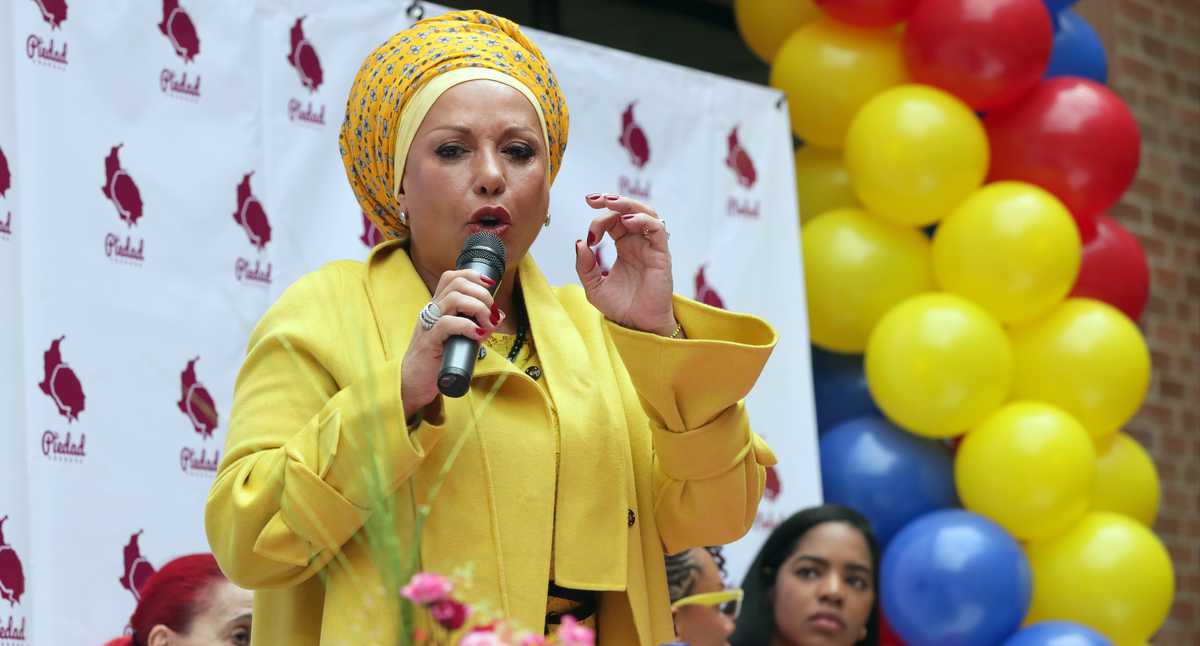 A recusal presented against the magistrate Cristina Lombana has halted, for two months, the investigation that was being carried out against the elected senator Piedad Córdoba for her presumed links with the FARC guerrilla. Currently, Judge César Augusto Reyes Medina evaluates whether or not there are merits to support the challenge.

As long as a substantive decision is not made, the order that ordered the practice of documentary and testimonial evidence is suspended. Judge Lombana had requested the statement of Venezuelan General Cliver Antonio Alcalá Cordones, who is currently being held at the Westchester Country Department of Correction, in New York (United States).

The retired officer was summoned for allegedly knowing the relationship between Piedad Córdoba and high-ranking officials of the Venezuelan regime, including those who managed the National Commission for Foreign Exchange Administration and the Local Supply and Production Committees. The political leader would have obtained economic resources from different entities in Venezuela.

Córdoba Ruiz would have achieved an economic benefit for her and her family nucleus. “The money obtained with these financial operations, it is inferred, was used on the one hand to illegally enrich the investigated and her family circle and on the other, to carry out various political events that sought for the investigated to obtain a privileged position of power. in Colombia, for their benefit and that of the criminal organization.”

In the second half of 2021, the magistrate ordered the practice of several testimonial tests in order to establish whether, in fact, the then senator abused her status as a mediator for the release of hostages who had been in the hands of that guerrilla group for several years.

Political leaders and members of the Public Force were there and, during the investigations, statements were received from several people who they worked with Córdoba and were aware of his activities.

Former presidential candidate Ingrid Betancourt, who was kidnapped by the FARC for nearly seven years, assured the Court that she was aware that Piedad Córdoba had postponed her release, since she was waiting for the right moment to make a public opinion and thus benefit the Venezuelan President Hugo Chavez.

Betancourt went a little further and assured that within the guerrilla structure the senator was known by the alias of Teodora de Bolívaremphasizing that he always had control over releases.

“When ‘Teodora’ ―Piedad Córdoba― writes that ‘don’t release Ingrid because she has always been skinny’, she ignores that I am dying at that moment, that is, I was in a very complicated health situation,” he added in his moment, thus confirming, in part, what reviewed on the computer of the dejected guerrilla commander, Luis Édgar Devia Silva, alias Raúl Reyes.

In several emails the relationship with the FARC secretariat is manifested. However, this evidence was not taken into account, since in 2011, the Supreme Court of Justice considered that the chain of custody had been violated after the operation in which Reyes was killed, in March 2008, in a border area with Ecuador.

For his part, Andrés Vásquez Moreno, who was an advisor to Córdoba, assured that the political leader was known by the nicknames of Teodora and Gaitán. Likewise, he mentioned that she had a constant and direct communication with the members of the FARC secretariat, Raúl Reyes and Mono Jojoy.