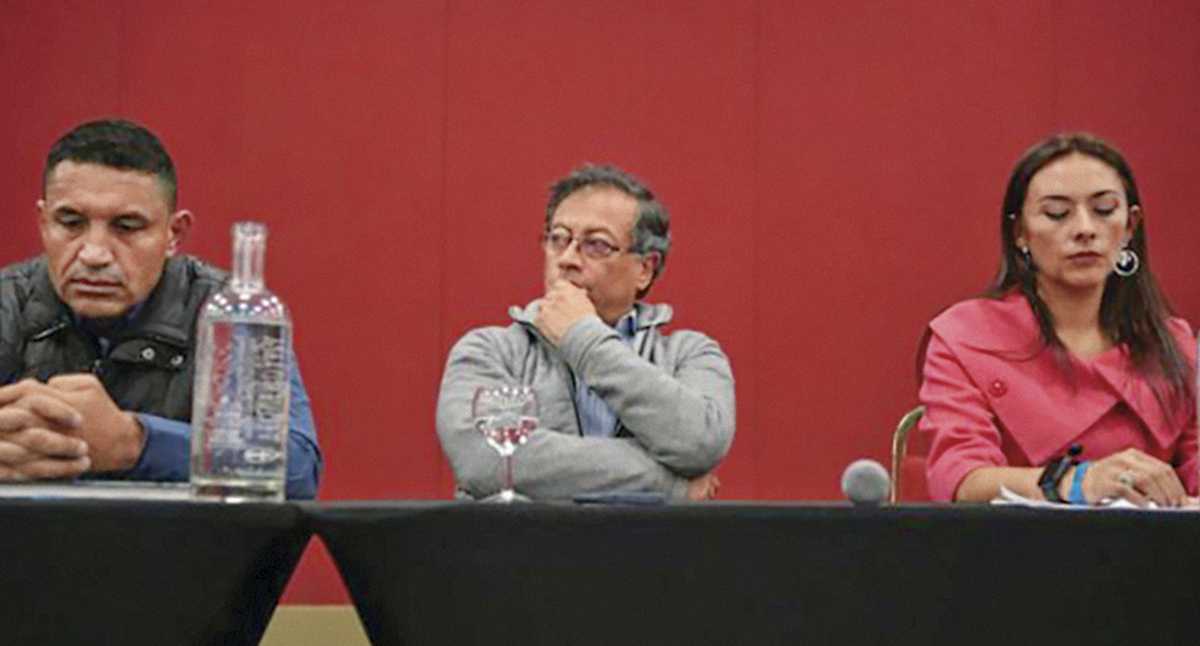 The victory of Gustavo Petro in the elections becomes an unprecedented political turn in the country’s recent history and will surely bring about profound changes in the Military and Police Forces.

There are more than 300,000 men who will be addressed in a new doctrine synthesized in the concept of “human security”. The now president-elect has said how he conceives the future of the Forces, an issue that will raise eyebrows.

The concepts are clear: the elimination of the thesis of the internal enemy and the Mobile Anti-riot Squad, Esmad; change the way of keeping statistics in which casualties do not prevail but the number of lives saved; democratization of benefits for the Forces in terms of access to pension and remuneration and, an issue that echoes in the troops, the possibility of promotion, even to the top of the leadership, knocking down what Petro has pointed out as an “aristocratic wall” for now whoever started as a soldier, and has the merits, can become a general.

The resistance to Petro has not been unrelated, so much so that it led to a claim by the Army commander, Eduardo Zapateiro, who on his Twitter account stated: “I have not seen any general on television receiving ill-gotten money. Colombians have seen you receive money in a garbage bag.”

And he added: “There is no one who is more hurt by the death of a soldier than those of us who wear camouflage (…) his supreme sacrifice for the country should not be used in political campaign narratives.”

The heated response was given by another message from the president-elect, who had said that “while the soldiers are killed by the Gulf Clan, some of the generals are on the Clan’s payroll.”. The leadership is corrupted when drug-trafficking politicians are the ones who end up being promoted to generals.”

The episode, which was seen as Zapateiro’s participation in politics, generated an investigation in the Attorney General’s Office, but nothing happened. He even received the support of President Iván Duque. And the general said at an event: “I will never leave… I will leave many Zapateiros in the institution.”

A warning of the resistance that Petro may face with the changes and the doctrinal shift towards “human security”, which seeks to eliminate the concept of internal enemy, in his words, “politics of death”, whose reflection is “false positives ”.

Petro points out that “a security that poses an internal enemy says that a sector of society is the enemy: the peasant producer of the coca leaf, the young man without opportunities who wanders the street.” He explains that it is a doctrine that rewards casualties, murders within the same society, for that reason false positives occurred, for qualifying casualties in combat as successes.

The explanation given by Víctor Gaviria, one of his security advisers, is that the internal enemy “is an ancient policy that invites Colombians to kill each other, with the aggravating circumstance that it is an idea imposed from abroad. In the 50s and 60s the enemy was the communists, they had to be killed. Then came the guerrilla groups, then the drug cartels; signed the peace agreement, the residual groups. It will always be necessary to look for an enemy.”

In a country full of illicit crops and criminal organizations that fight for control of the criminal business of drug trafficking, often financed from abroad, it is utopian to think that the force of arms by the military and police is not the way.

But Petro solves it with a maxim. “We need a doctrine around life. We must change the conception of crime that has social causes and see it in a multidimensional way. The increase in cell phone theft has to do with an insurgency of hunger, what we end up proposing is more prisons, more penalties, without a solution to crime, ”he says. For this reason, he points out that military results will not be measured in casualties, but, on the contrary, by the number of lives saved.

The sentence is clear, and it has some sectors on end: “Immediately let us win the Presidency, we must make an emergency decree to face hunger. The public force must play a role in bringing the food from the peasants’ harvests to where the hungry people are. Not because we want them back boy scouts caring for forests, but because it is about human security. We need to save the Amazon jungle, fight hunger, and the Military and Police Forces must respond to this”.

From the outset, it changes the armed vocation of defense, attack and protection of sovereignty through the monopoly of weapons, to move to a social work that even completely excludes the conflictive reality and the millions of dollars that criminal businesses move.

That is one of the controversies. The Colombian Forces are recognized for their armed operation, to the point that they train armies of other nations. The proposal is to go from military service to social service, to the care of school environments, forest rangers and tour guides.

For Petro, the war on drugs is a lost issue that has not made progress in 40 years: “Drug trafficking moves by murdering peasants or persecuting them, those who cultivate cannot be criminalized, we have to think about the reasons why Colombia has such powerful drug trafficking.”

Make it clear that glyphosate spraying is not on the agenda; First, the environment and health. Nor will those who grow coca be prosecuted for being peasants with no alternative. What has not been answered is how its increase in cocaine production will be avoided, and that Colombia is not the main player in the world.

music for the ears

Beyond the confrontation against Zapateiro, in military bases and retirees, the exhibition sounds good. Petro knows that the stability of his government depends on having the military on his side. Of course, it is emphatic that they are not deliberative and should not participate in politics. “They are a public institution at the service of the nation, not of a party or an ideology as has been happening.” The Police, warns Petro, will go to the Ministry of the Interior.

The proposals for the bases, the bulk of the Forces, are music to their ears.

Collect criticism of the military career. He promises citadels so that they can live with dignity, unlike what is happening today, which prevails for officers and non-commissioned officers have other conditions. No more transfers away from the family, and change the “inhumane” health service, plagued by criticism. It promises hospitals of the stature of the Military in Bogotá, nurseries and schools for minors, priority access to the Sena, free public university and forgivable credits in the Icetex.

Retired job assignment plan with Inpec, in traffic management and private enterprise, a proposal that, with some sarcasm, states: “So that retired soldiers do not end up in terrorist, paramilitary or mercenary groups.”