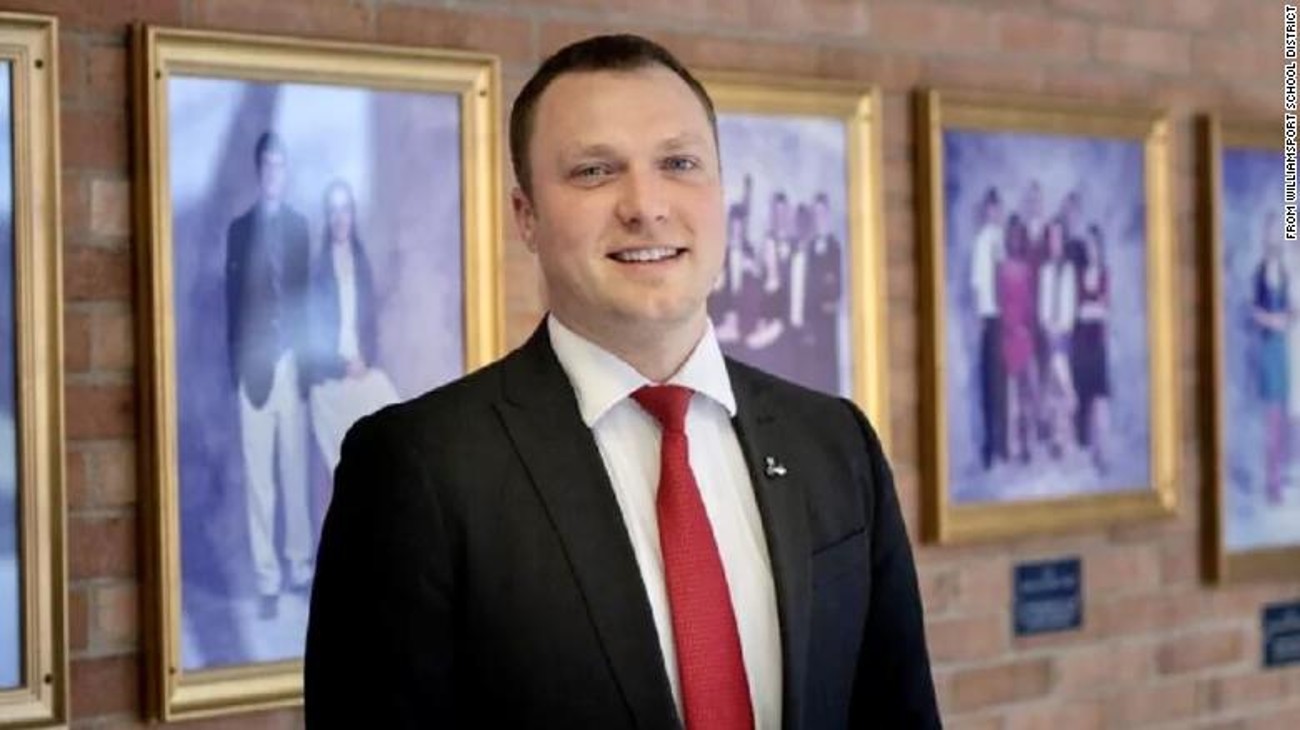 (CNN) — The principal of a high school in Pennsylvania has been charged with 30 counts of sexual intercourse and contact with a student, according to court documents filed Monday.

Roger Weaver Freed, 34, who served as principal at Williamsport Area High School, is accused of having a year-long sexual relationship with a student that continued after the young man graduated from high school and while he was attending college, according to court documents filed with a magistrate district judge’s office.

It is unclear at this time if Freed has retained an attorney. CNN tried to contact Freed but received no response.

The student told investigators that he approached Freed around 2015 after noticing that he was popular with students at the high school’s service center, according to the affidavit. At the time, the student was attending Williamsport Area Middle School, the document says.

Police say the student began to believe he could lean on Freed for emotional support after one of his family members died, the affidavit says. The student said he “trusted Freed ‘like an older brother,'” the document says.

Conversations within the institution turned into “numerous interactions after school” that began in 2015 and progressed through 2018, when the student graduated from high school, court documents said. The sexual relationship continued through April 2022, the affidavit said.

The student told police that Freed offered to take him to various places for “one-on-one conversations.” He added that he and the principal were “‘brothers,’ and could talk about anything,” especially the student’s sexuality, the document said.

In 2017, the student and Freed discussed the advancement of their relationship sexually one night while driving through Williamsport, the affidavit said.

After driving to a parking lot, Freed said to the student, “Do you promise not to tell anyone?” and “I could lose my job over this,” as he massaged the student’s shoulders, the affidavit said.

After the first alleged sexual encounter, the student told investigators that Freed “stressed the importance of not telling anyone and that their relationship was private,” according to the document.

The student said he felt “overwhelmingly guilty about the sexual encounter,” according to the affidavit. The two continued to have sex “4-5 times a week, always at night, for the next two years of high school,” the document says.

The student told police that he continued an emotional and sexual relationship with Freed for the rest of his senior year in high school and college, detailing multiple sexual encounters, the affidavit said.

CNN attempted to contact the Williamsport Area School District but received no response.