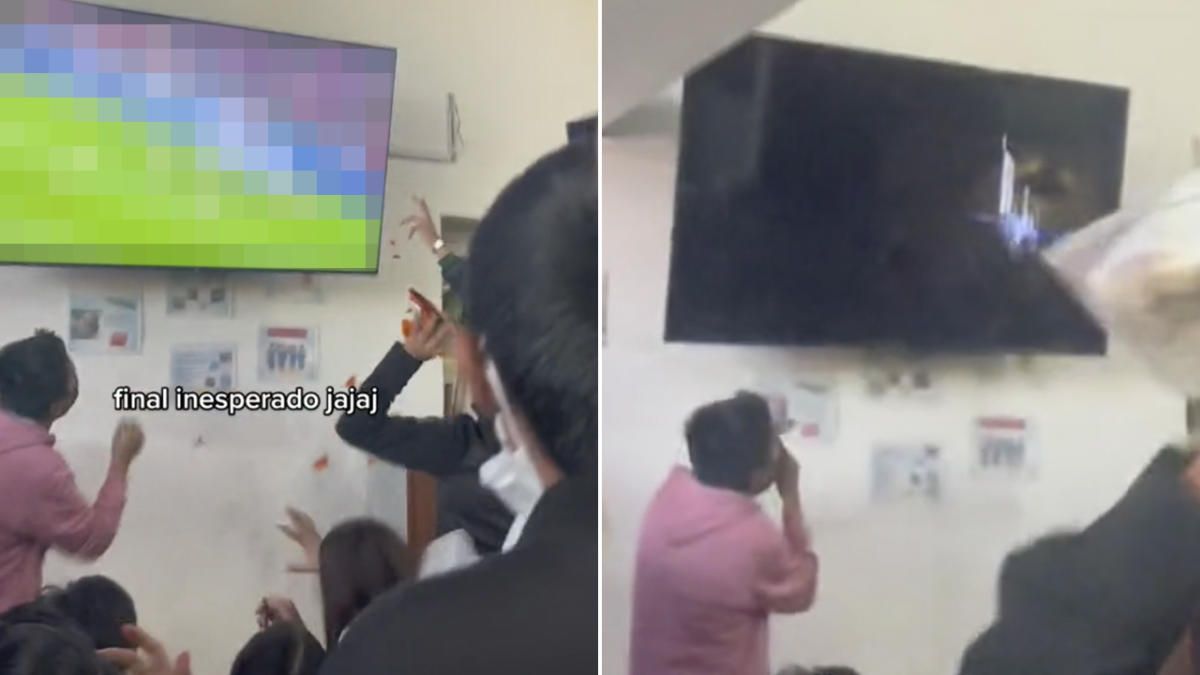 A TikTok user shared a video of the moment when some young people they ruined a tv screen, after celebrating the save from a penalty kick that the Mexican goalkeeper Guillermo Ochoa did in the match between Mexico and Poland, during the Soccer World Cup, Qatar 2022.

The recording shows the group of young people nervously watching the moment when the Polish player Robert Lewandowski puts the ball in the penalty spot, while some chant the name of the Mexican goalkeeper.

After Ochoa parried the opponent’s shot, the youths shouted for joy and they started throwing cans and bottles of waterone of them hit the screen and did not get any worse, however a second object hit the electronic device and it immediately stopped working.

When they were disconnected from the rest of the transmission, some of the boys lamented: “no ma$%!, what did you do!”, while others began to laugh at what happened. The publication does not specify in which area of ​​the country the incident occurred, however it can be seen that it was inside a business called American Coffee Break.

The final score of the match was 0-0, so both teams added a point, and their next matches, Mexico against Argentina and Poland against Saudi Arabia, will be decisive to qualify for the round of 16.