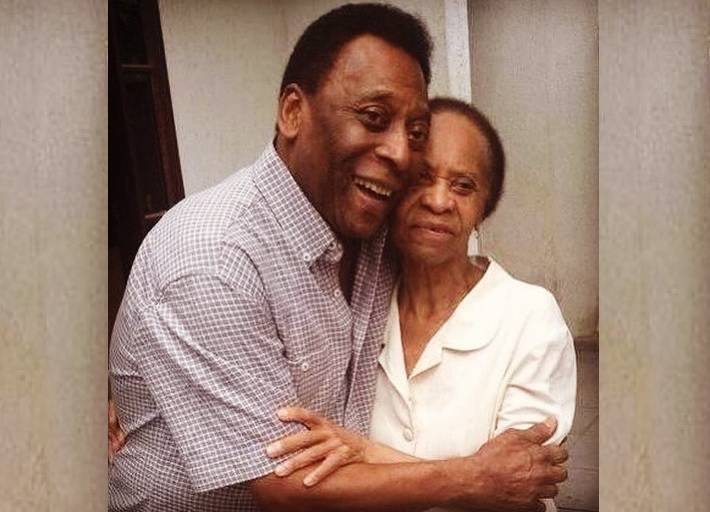 Celeste Arantes fulfilled 100 years in November, requires medical attention for his daily care and lives “in his world”as revealed by Maria Lúcia do Nascimento, sister of Brazilian star Pelé, who died on Thursday in Sao Paulo.

Maria Lucia spoke for ESPN Brazil on the state of health of his mother, who is still unaware of the events that occurred in the last hoursalthough he knew in advance that his son, dicoas he was known in the family, was hospitalized.

‘A King does not die’: selected from Brazil world champion in 1970 pay tribute to Pelé

“She does not know, we talk, but she doesn’t know. she’s fine but He’s in his own little world. She doesn’t know, or rather, she knows and sometimes I tell him let’s pray for him. Sometimes he opens his eyes… but he doesn’t realize”, said Maria Lucia.

His last hospital visit to his brother was on December 21. “He himself was already feeling it too. he was very calm, we talked a little. But I could see what she was feeling, he already knew he was leaving. He is very religious, he said: ‘it is in God’s hands’. And I said: ‘that’s right, he knows the moment’ ”, he commented.

On the death of Pelé, her sister expressed how “difficult” it is for the family. We know that we are not eternal, but This news that he is leaving us tightens our hearts a lot. It is very difficult, but God is the one who knows, it is in his hands, he knows when we have to leave,” he said.

Doña Celeste turned 100 years old on November 20, when Pelé dedicated a birthday message to him, days before being admitted due to kidney problems and respiratory failure, which after complications in a hospital in Sao Paulo, led to the death of ‘O Rei’. (D)

Previous How to use a cell phone as a Wi-Fi signal repeater
Next How to know if you have the good girl syndrome: learn to identify it