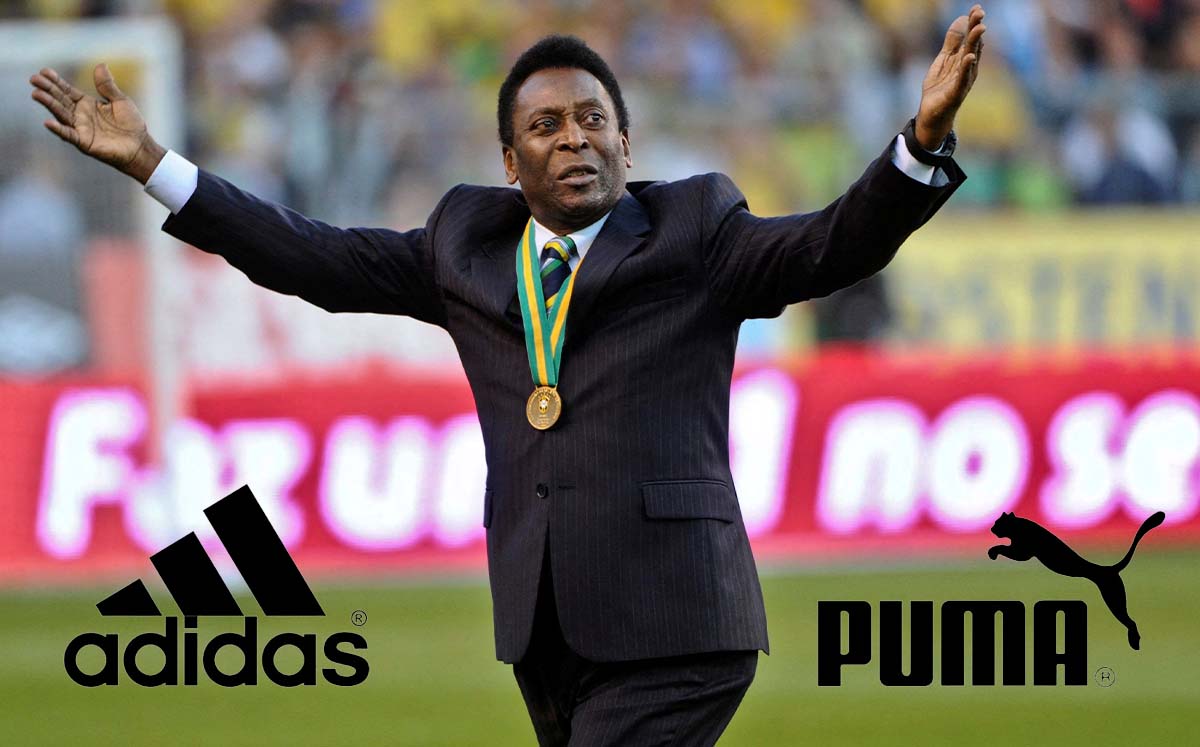 The last days of 2022 marked the goodbye of the greatest footballer in history. Pelé died on December 29but the legend will continue for eternity with what he did on the field, as the only winner of three World Cups and also thanks to wonderful stories and anecdotes around a character who transcended sport.

The story is shared by sports marketing specialist Joe Pompliano, who recalls the battle between adidas and Pumatwo of the largest sports brands on the planet, in the Edson Arantes do Nascimento’s last World Cupthe breaking of a “truce” and the bribed Mexican cameraman in the Quarterfinals.

The first thing you should know is that these two companies are “of the same blood”, since each was founded by one of the Dassler brothers. The two began their business careers together in 1924 with a sports shoe manufacturing company called Dassler Brotherswhich at that time was the only one in Germany.

The business grew exponentially when Adolf Dassler patented studs on the soles of shoes. Both he and his brother Rudolf Dassler managed to convince the athlete Jesse Owens to wear them at the 1936 Berlin Olympic Games, in which he was a multi-medalist and is remembered for the contempt that Adolf Hitler had for him for being black.

The brothers’ relationship broke down in 1943, when Rudolf accused Adolf of having handed him over to American soldiers for being a Nazi sympathizer. At that time the “blood war” broke out, which as a result threw that Adolf Dassler, who was affectionately called Adi, created adidas, while Rudolf Dassler founded Puma.

Enemied to the death the Dassler brothers refused to do business together, although only one person was able to sit them down to talk in a “peace pact”. That athlete was Pelé, whom both brands wanted to sponsor for their last World Cup in 1970.

Towards the end of the 60s, the first sports sponsorships were seen. Puma and adidas wanted Pelé as an ambassadorbut aware that an irrational bidding war could lead to bankruptcy, both companies agreed to the so-called “Pele Pact” under which, supposedly, no one would sponsor it. 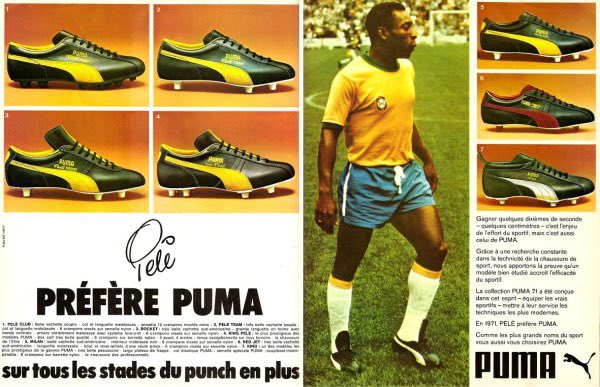 The agreement was “broken” by Puma, in what experts classify as one of the smartest marketing moves. Before the match between Brazil and Peru in the Quarterfinals, Puma offered Pele $120,000 from that time. The condition was that, minutes before the initial whistle, he asked the referee for a few seconds to fasten his shoes.

Edson followed the agreement to the letter. At that moment, the television camera made a focus on Pele lacing up his Puma sneakers. The world, in a subtle way, found out that the Brazilian star carried that brand.

The most curious thing about the story is that -according to Pompliano’s account-, Puma bribed the Mexican cameraman to zoom in on Pelé. Just in that year 1970, the German brand broke its historical sales records.

8) As Pele approached midfield to tie his shoes, cameras zoomed in, and millions of people realized all at once:

Pelé was a Puma athlete.

To ensure they got a close-up, Puma even paid the cameraman. pic.twitter.com/W2Z5oOVdO8

Tags adidas vs. puma Pele died Pele stories What brand did Pele wear as a footballer?