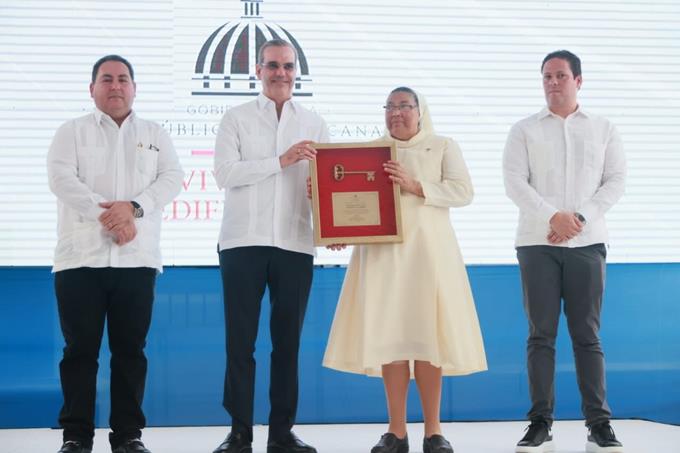 Starting at eight o’clock next Monday morning, the Padre Billini Teaching Hospital will open its doors to the community for the first time in four years. The information was offered during the celebration of the formal delivery ceremony of the health center, which was headed by the President of the Republic, Luis Abinader.

He indicated that the hospital belongs to the SNS and therefore will assist any person seeking medical assistance, without discrimination.

“And as a characteristic, service is provided to all those users who come to the institution to seek health services, without any type of social or economic discrimination or religious belief or any type of preferences,” Lama said.

According to statements by the Minister of Housing and Buildings, Carlos Bonilla, the remodeling of the hospital had an investment of 2,175 million pesoswhich served to renovate all its infrastructure, extended over some 10,470 meters.

“Father Billini Hospital It has been a protagonist and an active part of the history of all Dominicans. With its remodeling and modernization we are not only contributing to the health of this entire community of neighbors, but we are also preserving a historical and patrimonial legacy of our nation. Our central government is focused on maintaining the firm commitment to provide Dominicans with first-class health services and this hospital keeps the word of the government, ”said Minister Carlos Bonilla during his intervention.

Waiting for the volunteer oath

Not all were good testimonies, because at the end of the act and while the authorities toured the hospital facilities, the president of the Dominican Medical College (CMD), Rufino Senén Caba, stated that he was “suspicious” that the Hospital’s volunteers were not sworn in today.

“We certainly expected that volunteering would be sworn in today… we are expectant because they have deceived us so much and just yesterday, in a meeting we had with the vice president (Raquel Peña), they told us that today they were going to be sworn in and It wasn’t like that,” Caba exclaimed to the media.

This meeting referred to by Caba was held at the end of July, where The Government promised to reformulate the people who would make up the members of the Board of Directors of Hospital Volunteers. This group is in charge of directing and managing the health center.

It is unknown who are all the members that make up the volunteers, who It was made up of Dr. Amado Alejandro Báez, who was going to be its president and resigned. after the protests of the Dominican Medical Association and the union’s agreement with the government.

Senén Caba indicated that some of its members would remain as part of it.