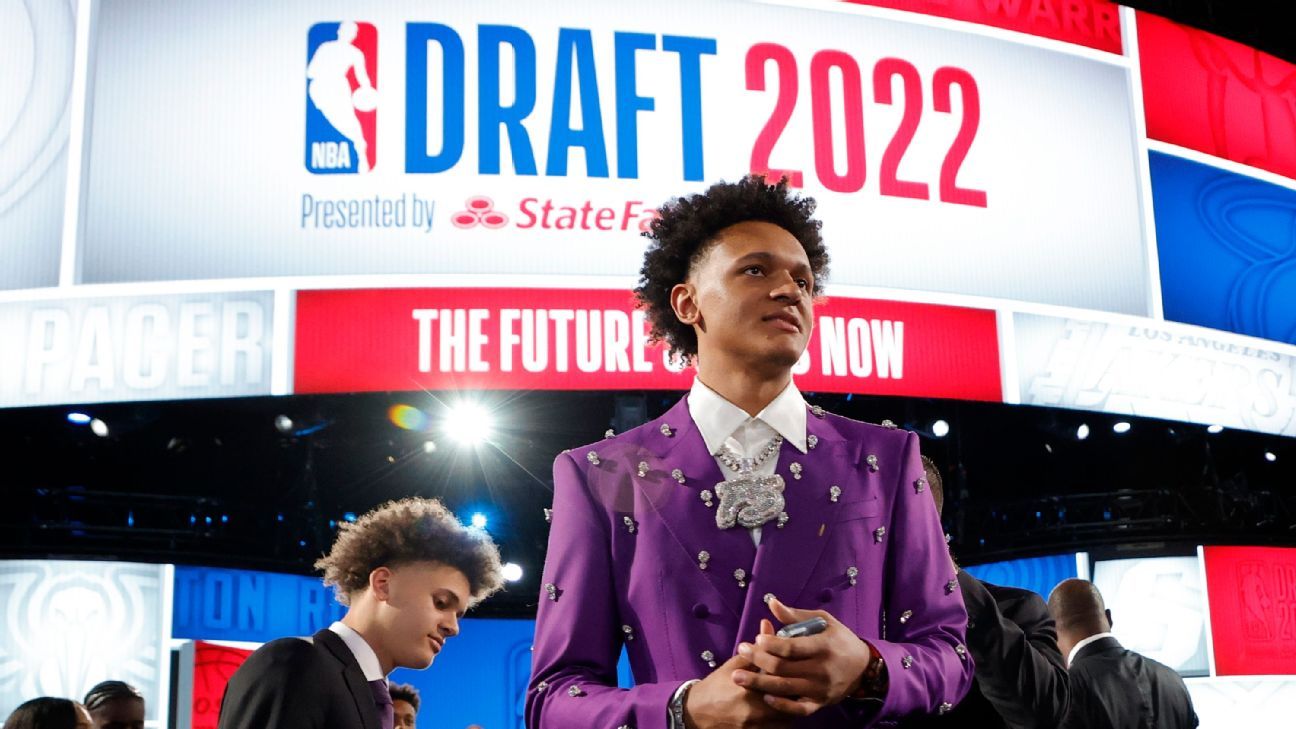 Taking place in the arena of the Brooklyn Nets, the Barclays Center, Adam Silver, commissioner of the NBA, began with the 2022 NBA Draft in which the Orlando Magic was the first franchise to make his choice.

After a brief speech that congratulated the current NBA monarchs, the Golden State Warriors, and spoke of the post-pandemic challenges facing the Association, Silver explained the ‘mechanics’ of the Dratf, in which each franchise had five minutes to make their choice.

The first pick in the 2022 NBA Draft was Duke forward Paolo Banchero, who becomes the fourth player from that university to reach No. 1 overall, joining Elton Brand, Kyrie Irving and Zion Williamson.

The Oklahoma City Thunder had pick 2 and chose Chet Holmgren, a forward from Gonzaga.

Pick number three went to the Houston Rockets, who went with Jabari Smith Jr. from Auburn. His father, Jabari Smith Sr., was selected 45th overall (second round) by the Kings in the 2000 Draft.

Forward Keegan Murray of Iowa was the fourth overall pick and went to the Sacramento Kings.

The Detroit Pistons had the fifth overall pick in the 2022 Draft and opted for shooting guard Jaden Ivey, a Purdue graduate. Ivey is the institution’s best-drafted player since Glenn Robinson in 1994, who was first overall.

The Indiana Pacers were the sixth pick and their decision went to Arizona’s Bennedict Mathurin. Mathurin is the second Arizona player in the past 25 seasons to lead the team in points, rebounds and assists for one or more games in the same season (Luke Walton did it in 2001-02).

Shooting guard Shaedon Sharpe, a former Kentucky, was the seventh overall pick. The Canadian will play for the Portland Trail Blazers. Sharpe is the second youngest Canadian ever to be drafted into the Top 10 behind RJ Barrett.

The New Orleans Pelicans, who a couple of seasons ago had Zion Williamson the No. 1 overall pick, were the eighth pick for the 2022 Draft and considered Ignite’s Dyson Daniels in the G League to be their best option.

With pick 9, the San Antonio Spurs selected Baylor forward Jeremy Sochan. With this choice, it is the second consecutive draft that Baylor has a player in the top 10 (Davion Mitchell in 2021).

Rounding out the Top 10 picks was Wisconsin shooting guard Johnny Davis, who will play for the Washington Wizards.