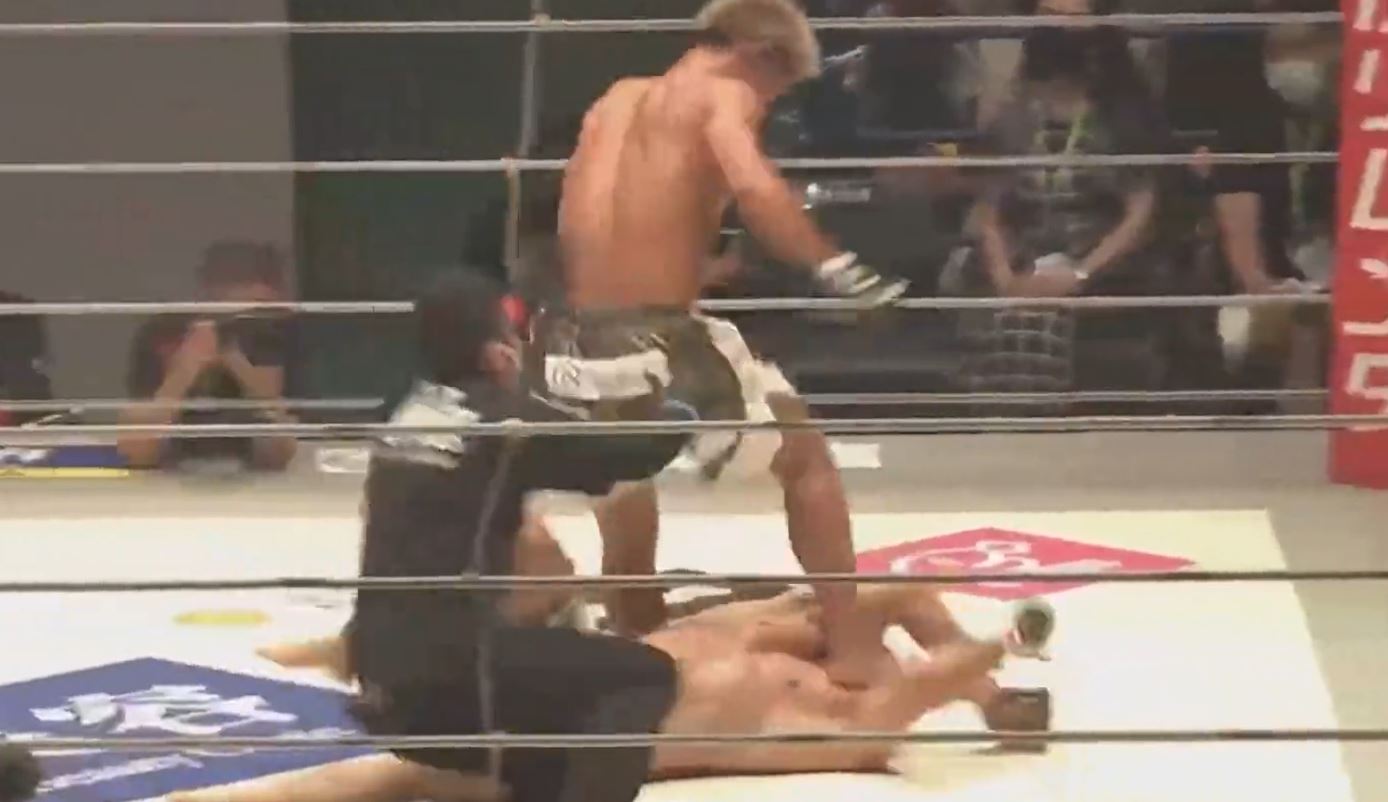 The Japanese fighter was singled out on social networks for unsportsmanlike conduct, after he sent his rival to the canvas with a strong right hand and kicked him in the face on the ground.

The action was part of the fighting at the Rizin 37 event, in the Saitama arena in Japan, where the expeller of the UFC won just one and a half rounds to declare himself the winner of the match.

However, the action of finishing off De Souza on the ground went viral and Internet users launched strong criticism, because his attitude as a fighter could have caused serious consequences for his rival.

The combat referee tried to stop Daichi Abe’s blow, but he did not manage to arrive in time and hit the face of De Souza, who had collapsed after receiving the punch.

The Infobae site took some of the comments from fans of mixed martial arts fights, where strong criticism is thrown at both the fighter and the organization of the event for showing the video of the fight.

“Any true fight fan is mad at this. That kick was extra unnecessary”, Said another user after seeing the images shared by the largest mixed martial arts company in Asia.

“That soccer kick is definitely out of character. The boy should be ashamed”, pointed out a third when watching the replay in slow motion from another angle that Rizin posted on his Twitter account.

The MMA fighter Daichi Abe was criticized in networks for kicking his rival Marcos Yoshio de Souza in the face when he lay almost defenseless on the floor as a result of a blow that had left him on the canvas.

Did he do well or was he rude?pic.twitter.com/tGdSH8ML2n

According to the Infobae Abe publication, who went through three of the main mixed martial arts companies, had a record of 1 victory and two losses in the UFC (2017 to 2018) and two falls in the One Championship (2018-2019). Now, with this second win in a row at Rizin, he has 11 wins and five losses on his record.