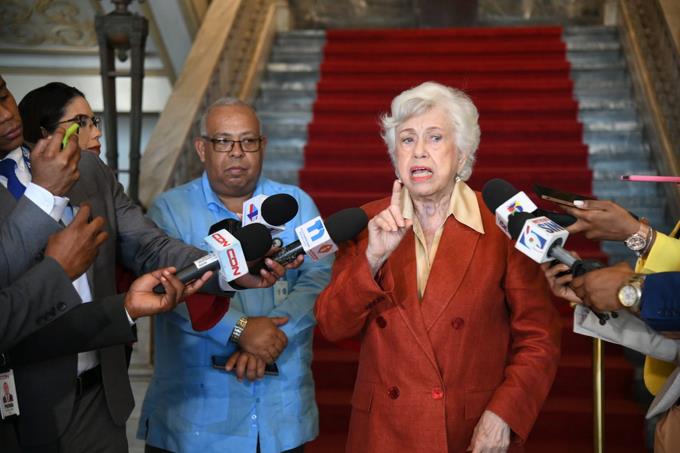 The Director of Government Ethics of the Executive Branch, Milagros Ortiz Boschsaid that “this is not the time to discuss conflictive issues” in society, as is the case of the bills that are pending in the National Congress that would limit the actions of the media in search of “protecting the right to privacy ”.

“I believe that there are times in which to bring up conflicting issues, I don’t see the point in that, I tell him calmly and more so when there is time to socialize it. You can talk with journalists, with media directors, with the College of Journalists there are mechanisms to talk about that,” said Ortiz Bosch.

The former vice president gave the example that President Luis Abinader is a “man who listens” and has discussed the problems with the various sectors.

In the Senate, a bill was approved that regulates the exercise of the right to privacy, honor, good name and self-image, which was an initiative presented by the senator for Bahoruco, Melania Salvador, of the Modern Revolutionary Party (PRM) that would allow legislators to express opinions that “violate the fundamental rights to privacy, honor and good name”, without facing legal consequences.

The recitals of this piece of legislation indicate that the essential role of the State in protecting the rights of individuals, and that fundamental rights are established in article 44 of the Constitution.

Likewise, it indicates the need to define “clearly” what the aforementioned rights consist of and how they can be compensated.

Also, the The Executive Branch issued a cybercrime bill that places limits on freedom of expression.