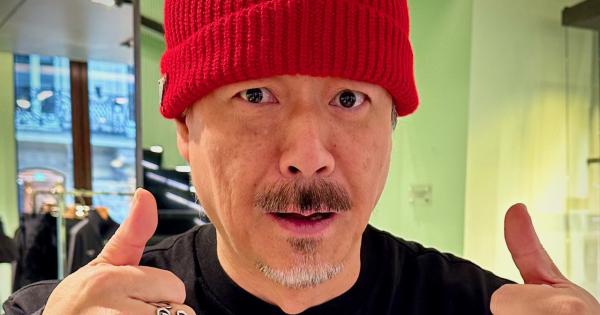 One more! Final Fantasy creator refuses to retire and is already working on a new game

Within the world of video games, few are the franchises that manage to transcend and ensure their continuity for many years, and equally few are the creatives who manage to stay in the middle and continue working into an advanced age. A clear example is the creator of final fantasy, Hironobu Sakaguchi, who scared his fans months ago when he announced that he planned to stop developing video games; but fortunately the creator will continue and has just revealed the first details of his new game.

Hironobu Sakaguchi, after leaving Square Enix, continued in the industry developing various games at his Mistwalker studio. The most recent, fantasizedrew attention not only for its proposal, but also because it could be the last one created mainly by Sakaguchi.

However, in mid-2022, Sakaguchi calmed down his fans by anticipating that he would not retire yet, but instead already had a few interesting ideas in mind, and best of all, he had already received some offers to make them come true.

What new game is Hironobu Sakaguchi working on?

Since then, the creative had not commented on it, but on the occasion of the end of the year, he shared an interesting message with the Japanese magazine Famitsu (via Gematsu), in which he reaffirms that he is already working on a new game: “I thought I was going to retire [risas]but I decided to make another try.”

Sakaguchi confessed that he has already started writing the scenario for “an as yet unannounced new game.” Naturally, he didn’t share many details about it, but he did anticipate that it will be a “dark fantasy” project.

In case you missed it: Sakaguchi: Playing video games is something I do without sleep.

The above, however, is something interesting, because although Sakaguchi is known for his fantasy games, none of his latest projects are dark fantasy. The most recent, for example, told the adventure of a character in an alternate world and included RPG elements that he mixed with a fantasy and science fiction theme.

That being said, it will be interesting to see what its premise and art style will be. Let’s remember that fantasize it was distinguished by having 3D models of the characters exploring a real environment created from models or miniature dioramas.

Hironobu Sakaguchi is 60 years old, but also a great vitality

As we have told you, Sakaguchi is a renowned creator of video games, but he also plays them passionately. In fact, he’s in love with her. Final Fantasy XIV even though he’s been playing it for 1 year. Let’s remember that his first days with the game were so intense that he practically finished it along with all the expansions to date in just 1 month.

Sakaguchi just turned 60, making him one of the longest-lived game developers still active in the industry and as a lead project manager. As a comparison we tell you that Masahiro Sakurai (Kirby, Super Smash Bros.) is 52 years old and is already thinking of retiring (in fact, he considers himself semi-retired); On the other hand, the creator of resident EvilShinji Mikami, is 57 years old and, although he believes that the creativity of a developer reaches its peak at the age of 30, he does not rule out directing one last game.

Unfortunately, we’ll have to be patient to learn more about Sakaguchi’s new game, which, judging by the early stage of development it’s in, may not be ready until 2024.

What do you expect from Sakaguchi’s new project? Are you interested in it? Tell us in the comments.

You can find more news related to Hironobu Sakaguchi if you visit this page.

Stay informed with us, at LEVEL UP.

Previous Haley Lu Richardson: “It is very difficult not to laugh with Jennifer Coolidge” | One of the protagonists of “The White Lotus” on HBO
Next This Xiaomi beast collapses so you can start the year off right