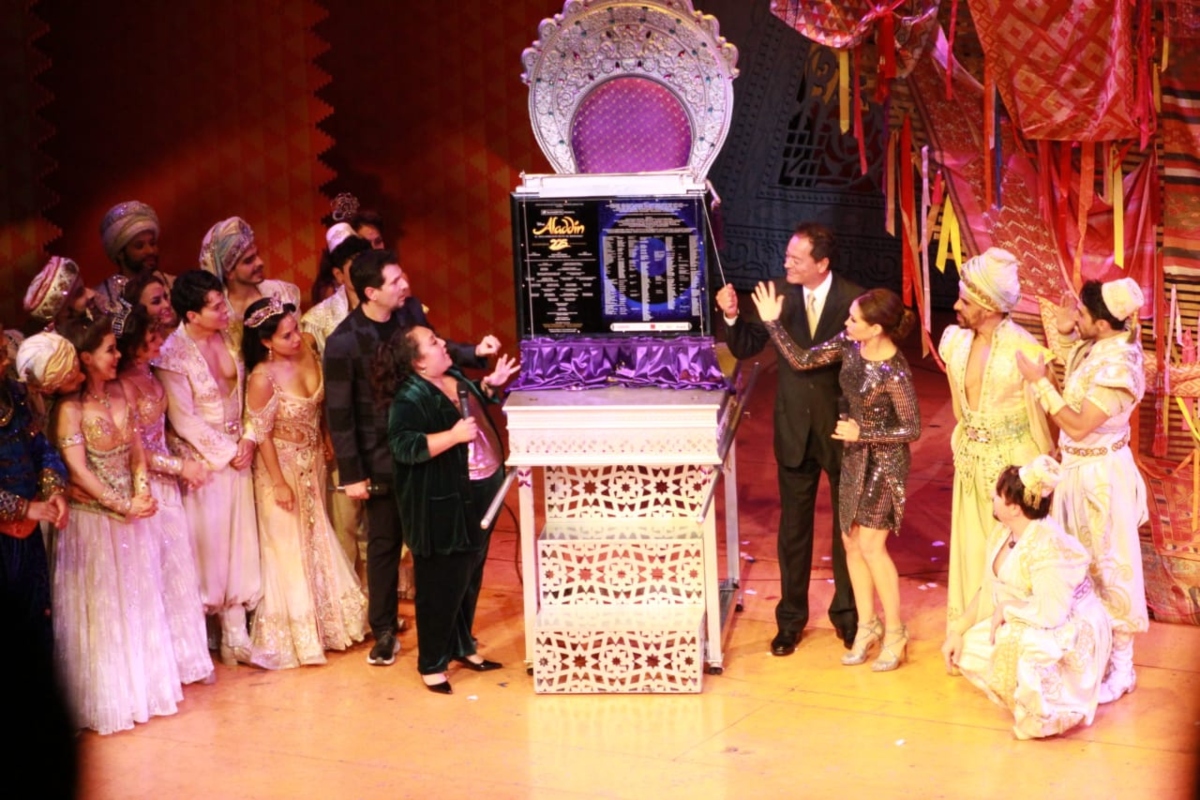 The giant of spectacular events in Mexico, OCESA organized a great ceremony to celebrate his 25 years of bringing the works of Broadway to Mexico, after the musical Aladdin, offered its function 225.

During the ceremony they were Roberto Blandon, Alan Estrada, Michelle Rodriguez Y Bianca Moroccanall of them came together to sponsor the plaque for the musical inspired by the story of the One thousand and One Nights.

“25 years are easy to say because time flies by, but today we celebrate the fact that OCESA has always brought the best quality theater to Mexico, and I feel very fortunate to be part of the beginning of this great story that will surely continue to be written. for many more years”, declared Blandón, who was the first actor to play the Beast of Beauty and Beast, in his first staging in 1997.

For her part, Bianca Marroquín alluded to the emotion generated by being able to be on stage to celebrate, and added that: «I am very grateful to be able to dedicate myself to what I like, to live from it, because all the effort from a very young age Finally, he had a great compensation, which is to show you and those who always supported you that you made it.

However, the celebration did not stop with the unveiling of the Aladdin plaque, as one dedicated to the quarter century that OCESA has been making musicals was also shown, and was accompanied by a video showing small fragments of each of the plays they have staged, such as: Jesus Christ Superstar, Les Miserables, I Can’t Get Up Today, If They Let Us, Peter Pan, Beauty and The Beast, Mary Poppins, The Lion King and others.

Also, the assistance of other collaborators among the public who were part of the great night was recognized, and as if that were not enough, four 25-year plaques were delivered to four very important people behind the scenes, who have worked in each and every one of the functions. , like Isaac Saúl, who has been director of the live orchestra since the first show in 1997 until the 225th show of Aladdin.