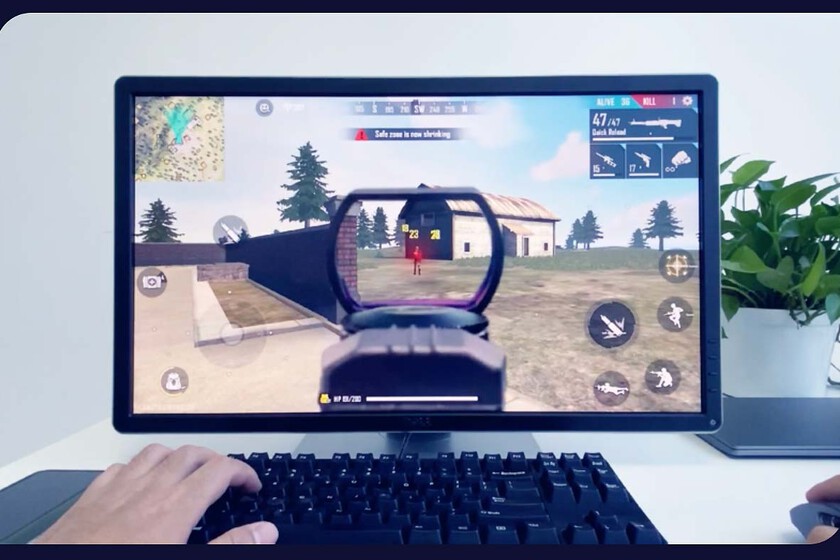 NoxPlayer, the Android emulator for the computer with which to start your favorite apps and games

Opening Android apps and games on a computer is not possible directly, at least if you don’t have Windows 11. Although it is not difficult with programs like NoxPlayer: this excellent Android emulator allows you to load your favorite apps on the big screen while still using your computer for other tasks. You can even play with all the power of said computer.

Mobile apps are designed to run on the phone screen, but they should not stay there: having a game on the computer can make it much easier to use, it also allows greater execution power. Right at this point is where NoxPlayer, one of our favorite Android emulators, aims to stand out: it’s perfect if you want what you like most about the phone on your PC or Mac.

Simple to use and very powerful 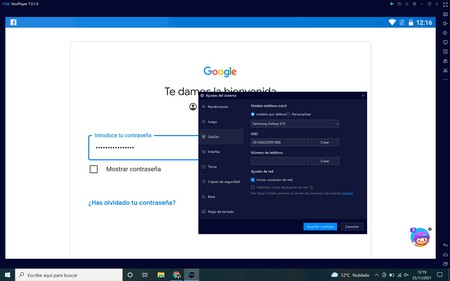 The computer adds certain advantages of its own to those of any telephone. The screen is undoubtedly larger, the processor offers more power and even the storage is usually of greater capacity; what allows install many more games than on the phone, for example, a perfect detail if you want to accumulate a large library to have access to any game at the click of a button.

NoxPlayer is an Android emulator for Mac and also for PC that includes everything you need as standard to work on your computer as if it were a phone or tablet with the Google operating system. Includes Android versions 5.7 and 9, supports 64-bit architecture, offers a multitude of settings added to those of the system and is designed to run games with the highest possible performance.

The emulator is fully translated into Spanish, this is a great advantage. Having Android 9 offers great compatibility with current games and apps, a quality that Nox is updating with great frequency.

The operation is as expected, at least according to our tests (on a Windows computer, we did have problems starting NoxPlayer on a Mac with M1)): the emulator starts smoothly, it offers no impediment to start Android applications, includes the Play Store as standard (this enables the download of purchased applications, for example), offers Google services and allows advanced options for “gamers”; as the creation of macros to facilitate repetitive tasks or Multi-Instances to have several sessions of the same game open at the same time. 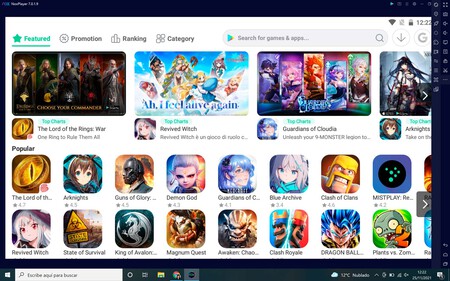 NoxPlayer offers its own app and game store, although it includes the Play Store and Google services

NoxPlayer is an excellent way to run Android applications on your computer, either on a PC or on a Mac. It’s free and can be downloaded from the emulator’s own page. As cons, they are the fact that Android 9 begins to be something old, the number of pre-installed applications that comes standard, to do something heavy suggesting certain apps and the large amount of resources that it consumes.