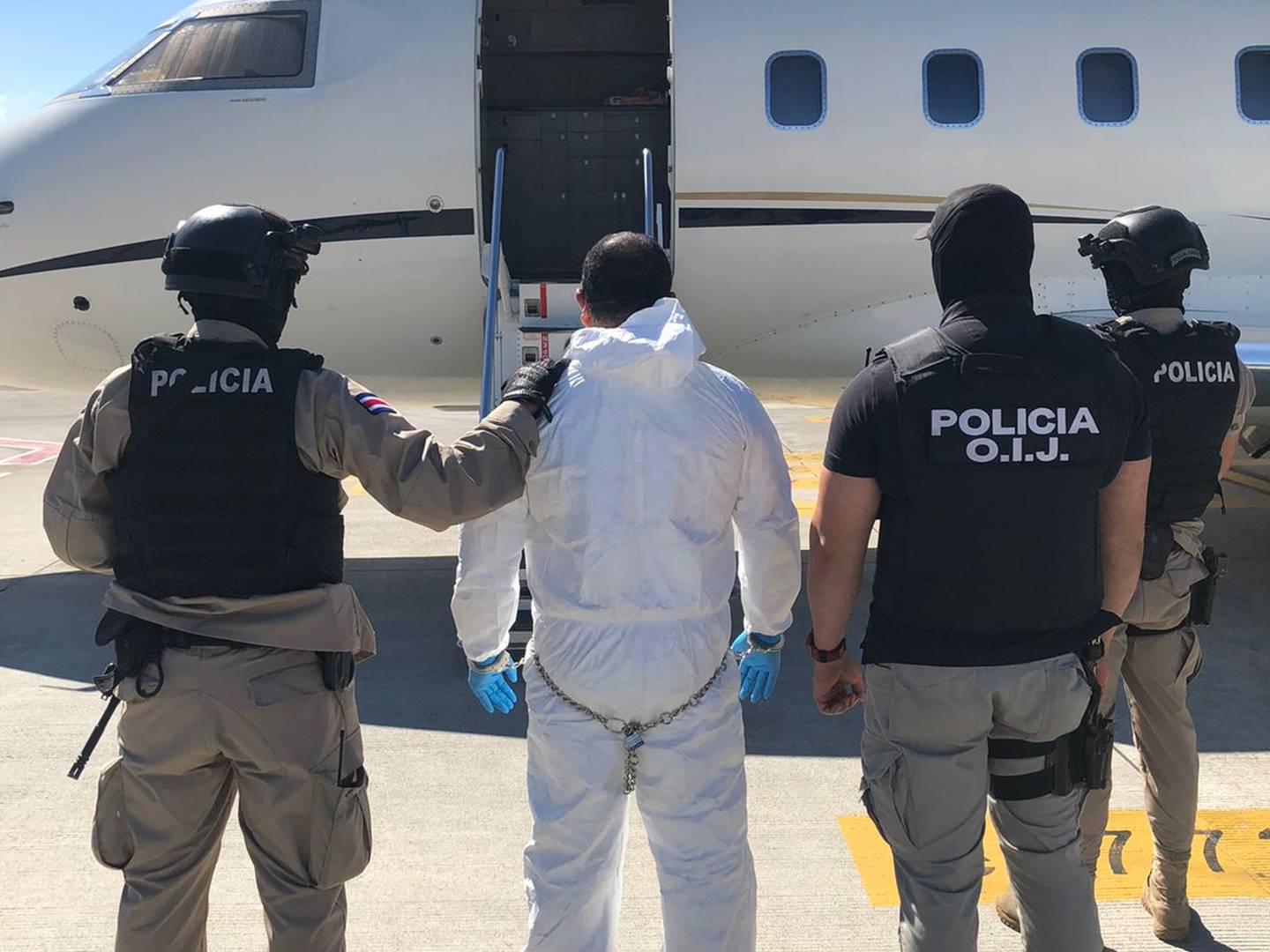 Nostradamus, a Colombian narco who lived in hiding for three years in Escazú, extradited to the United States.

An individual of Colombian nationality, identified as Piero Antonio Lubo Barros, 52, alias Nostradamus, who lived in hiding for three years using a false identity in various places in the canton of Escazú, in San José, was extradited this Monday to the United States. where he is required as a suspect in the crime of drug trafficking, reported the Judicial Investigation Agency (OIJ).

Lubo Barros was detained by agents of the Interpol-OIJ National Central Office on January 23 when he was in a well-known shopping center in Escazú. The authorities did not detail what type of activity this person was engaged in on Costa Rican soil. The OIJ only specified that he used another identity.

According to court documents, the United States Attorney’s Office between September 2017 and until 2019, Piero Antonio Lubo Barros and another individual Gerardo Gómez-Lubo, alias Francisco Niño, were part of a transnational criminal organization that transported cocaine directly from Colombia to the United States. to the cities of Texas, California, Fort Lauderdale and Miami, Florida.

“In April 2018, the Prosecutor’s Office filed an indictment in the Middle District of Florida in which it accuses Gerardo Gómez-Lubo and his accomplice, Piero Antonio Lubo-Barros, of conspiracy to distribute cocaine. Gómez-Lubo was arrested on September 1, 2019, upon arriving at the Tocumen International Airport, in Panama, at the request of the United States. The latter requested his extradition, which Panama granted on February 4, 2021, through a Presidential Executive Order. In January 2021, Piero Antonio Lubo-Barros was arrested in Costa Rica at the request of the United States, living under a false identity, ”says a press report from the Attorney General’s Office for the Middle District of Florida, issued on March 4, 2021.

At the same time, Lubo Barros has another file in Medellín, opened in 2007 for transferring small amounts of cocaine to the United States. There he is pointed out as the leader of a group that used human couriers to get drugs out of the country.

Previous Sofía Aragón is hospitalized for a SERIOUS pneumonia: PHOTOS
Next Chiliz (CHZ) wins 170% after launching NFT coinage in the middle of matches