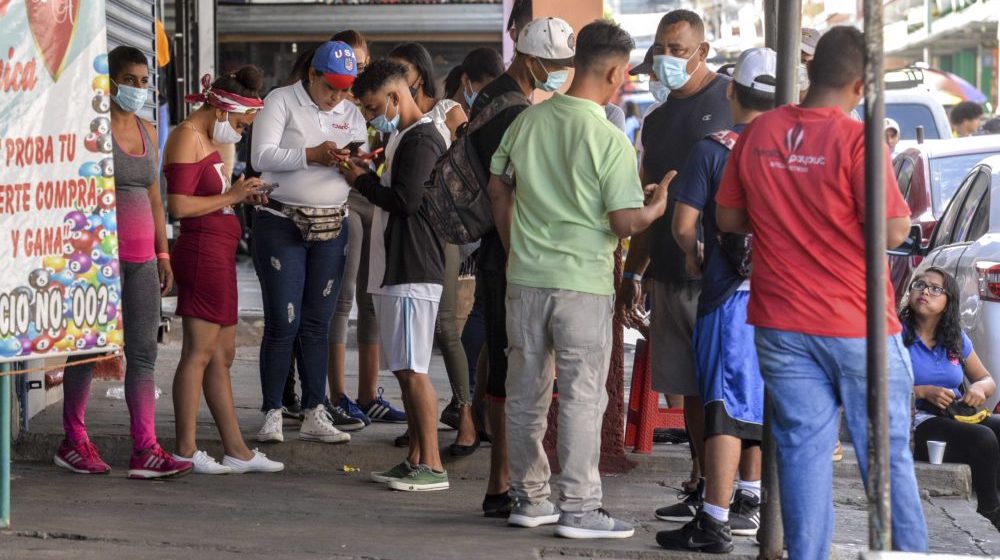 Nicaragua, business route for Cubans or escape valve for the regime?

The communiqué of Ministry of the Interior of Nicaragua, which on November 22 announced the free visa for all Cubans who want to travel to this country, caused a avalanche of citizens in front of the offices of the airline Copa Airlines, located in the Miramar Business Center, Havana, in search of flight reservations to the Central American country.

An employee consulted at the Copa Airlines offices confirmed to DIARIO DE CUBA that the turnout of hundreds of people in search of flight reservations to Nicaragua is unprecedented, “and it is very likely that the situation will behave in a similar way during the next weeks, because demand is greater than the availability of direct flights in the short or medium term“added the source, with more than five years of work in those offices.

Images of crowds at the Miramar Business Center. On the afternoon of this Thursday – the fifth anniversary of Fidel Castro’s death – most of the offices were closed and there was a clear deployment of political police officers. Two security employees from the Business Center prevented a correspondent from the EFE agency from filming at the scene, DIARIO DE CUBA confirmed.

Havanan Verónica Montoya, who last Wednesday spent nearly five hours in the queue trying unsuccessfully to secure a flight reservation, affirmed that the majority of Cubans – after the announcement of what many agreed to qualify as “another escape valve” implemented bilaterally between the regimes of Cuba and Nicaragua– is it so “desperate to leave a country that grows more hostile for anyone”.

“I did not hear among the dozens that we were more than five people say that they want to take the first plane for any business plan that involves returning to Cuba to try to prosper with a particular business. That would be misleading. After July 11, this government demonstrated that it will pass over not only to opponents or people of human rights, it is willing to support itself at any cost, even by imprisoning children and adolescents, “Montoya lashed out.

Of those in the queue, only half a dozen responded that the option of free visa to Nicaragua it was a blessing to their businesses, whether as mules or private business owners.

The Nicaraguan decision comes amid a heated and unprecedented environment on the island after the July 11 protests and convocation of the Civic March for Change in Cuba for November 15.

The Nicaraguan Ministry of the Interior said in the press release signed by its vice minister, Luis Cañas, that the exempt Cuban citizens from applying for a visa to enter the country is due to “the number of requests from Cuban citizen brothers with relatives in Nicaragua and in order to promote commercial exchange, tourism and humanitarian family relations.”

Nevertheless, many Cubans believe that the decision of the Daniel Ortega regime actually responds to an agreement with his Cuban ally for provide an escape valve to relieve tension on the island. In that case, In the coming months a new Cuban migration crisis could occur, who use Nicaragua as a bridge to try to reach the United States..

Father of three minors and a teenager, Santiago Collazo, a resident of Matanzas, could not manage an affordable flight reservation at the Copa Airlines agency.

“I am not going to give up, as if I have to camp for three months here in Havana, but I do not return to Matanzas without a plane ticket to Nicaragua or to any country do not ask for a visa, “said Collazo, who ran a private cafeteria until six months ago.

“Everything that I was offering had to be obtained in the MLC (Freely Convertible Currency) stores and, for altering the prices to be able to at least recover the investment, they imposed two fines of 8,000 pesos in a month and a half,” he said.

“The situation in Cuba – I confess that for the first time I recognize it – has no turning back and I refuse to let my children grow up here. Yes, I’m going to Nicaragua to try to establish any business, but not to return to Cuba, but to get my children and wife out. It’s already too much, you can’t even give a like on social networks or comment on anything other than what they say Granma wave Round table“Collazo criticized, referring to a neighbor of his who was questioned by the Cárdenas political police for commenting on content related to 15N.

Besides the tense situation on the island after the events of 11J and 15N -with a increased intimidation, violent police repression and excessive tax demands against protesters peaceful—, Cuba is going through the worst time in decades, with a shortage of food, medicine and other basic products that the economic ropes of the regime cannot solve.

“The only new thing here is the immense amount of Cubans who are shouting ‘save himself who can’ to catch a plane, because the government’s repression increased due to the protests. On other occasions, Panama and Nicaragua caused the stampede of the Cubans, “said Rosa del Carmen Toledo, a graduate in Accounting.

“In 2018, Panama allowed Cuban self-employed workers to catch a breath of air, when for $ 20 they granted a Tourist Card for a 30 day stay. My husband worked on the left in a private restaurant and the owner suggested that he go to Panama, so he arranged a license for him. That’s how he became a mule and we were able to start a separate business, buying clothes and shoes, “Toledo recalled.

“The truth is that we did very well, but everything came to a standstill with the pandemic. We hoped to start over when the borders opened, but the repression here is against everyone, whether you are counterrevolutionary or not, whatever age you are. Not for all the money in the world do we stay in Cuba. The plan is to leave the four of us: him, our two children and I, “he added.

Under Decree 613 of 2018, the Panamanian National Migration Service facilitated, in order to promote shopping tourism for Cuban citizens, the so-called Tourism Card for private workers who had a self-employed card or certificate of creators (artisans), and who had previously traveled to Panama or a third country. That same year, Panama approved, through Executive Decree 611, to increase multiple-entry visas for a term of five years to Cuban citizens and citizens of four other countries.

Thousands of Cubans then took advantage of that opportunity to travel to the Central American country to buy merchandise and then resell it on the island.

“But Obtaining a flight reservation for Nicaragua is not going to be easy.l. I believed, when I was three blocks from the Business Center, that it was another demonstration. I prayed that it was not the queue to book flights on Copa Airlines, but the Orishas did not listen to me, “said Edwin Zaldívar, a worker in Internal Trade for 20 years and who lives in San Luis, Pinar del Río.

“All of Cuba fleeing to Nicaragua, which has never been a country that offers much prosperity, and there the political thing is not very good either. But I am going to any place in the world that distances me from the madness that Cuba is experiencing by a capricious government, “added Zaldívar.

“Since the mess of 11J I have not heard a single Cuban enthusiastic about the Revolution nor with continuity, and those people up there don’t give their arm to twist. Nor have I heard anyone say that they go on a mule to return to Cuba. Yes, there are many saying that they are going up, for Yuma, “he said.

“If there are no reservations in the next two weeks, I will sell the motor and complete for a passage with scale, which are very expensive, more than 2,500 dollars, but something I assure you, anything is going to be better than this country. It serves me up to the North Pole, “concluded Zaldívar.

Previous Offers a reward of $ 341,000 to whoever returns their safe with almost $ 3 million in cryptocurrencies
Next Expert predicts that the iPhone will become obsolete and reveals what will replace it and when