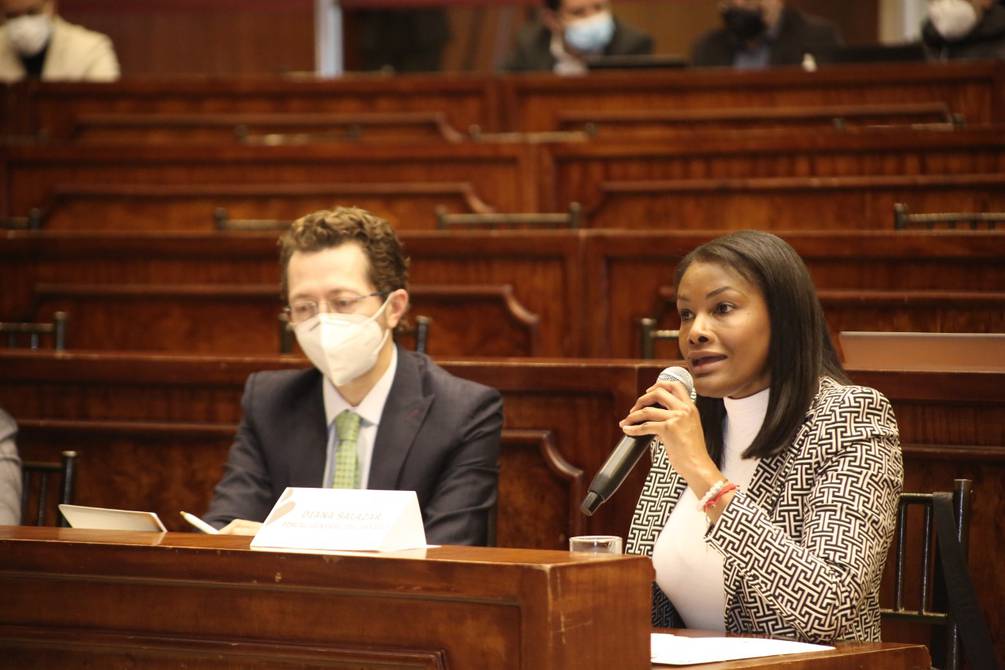 At least five cases of money laundering were leveraged in the Sucre system. They all had the same modus operandi.

Behind the Extradition of Álex Saab, considered a front man of President Nicolás Maduro, of Venezuela, from Cape Verde to the United States, in Ecuador the Investigative, judicial and even administrative processes about the money laundering network through the Unitary System of Regional Compensation (Sucre), created in 2009 by the Governments of Ecuador, Venezuela, Bolivia and Cuba

The appearances that took place this week before the Audit Commission, chaired by Assemblyman Fernando Villavicencio, They were key to having details of how the money laundering process would have worked through the Sucre system. Additionally, as mentioned the manager of the Central Bank, Guillermo Avellán, is already thinking of making a denunciation of the Sucre constitution treaty to bury the initiative definitively.

Finally, last Friday the key appearance of the prosecutor Diana Salazar was given, who assured that the central banks of each country had the responsibility and the instruments to verify compliance with the law in the process of Sucre transactions and avoid criminal behavior. At the same time, he celebrated that information is sought from the main authorities of that entity. That could be a new door of judicial investigation on the Sucre issue.

In any case, the great absentees to the appearances have been Andrés Arauz, former Director General Banking of the BCE, former President Rafael Correa and former Minister of Social Affairs Doris Soliz.

In the light of count made by Diana Salazar, it is now known that at least five cases of laundering of money were generated through the Unitary System of Regional Compensation (Sucre) in Ecuador. They involved companies Foglocons, Pifo Gardens, Escatell (Espinosa Castellanos), Copera and Banco Territorial.

The five cases present characteristics and Similar behaviors, which draw the laundering scheme: they were companies that exported to Venezuela and received transfers from that country, related to the Foglocons company.

Once the transfers as a result of the payment of the exports arrived, those money already delivered by the ECB to accounts of Foglocons or companies in Ecuador, went immediately abroad, to tax havens or in checks that were made effective and therefore diluted in the economy. This gave the funds that came from Venezuela an appearance of legality, Salazar explains.

The exported products were varied, from prefabricated buildings, agricultural machinery, calcium carbonate, potatoes, although the country stood out in none of these products. The value of exports was 125% more than the real value. In many cases it is presumed that the certificates of origin of the exported products were false. In all cases, the export values ​​did not coincide between the Senae (Ecuador’s Customs Service) and the Central Bank.

Also in companies there was a connection of third parties as names. Those people who represented the companies related to Foglocons did not have the profile to run the companies.

Of these five cases, three have sentences for money laundering. One more, that of the Territorial Bank is awaiting a preparatory hearing to be held on December 8 next. While Foglocons obtained an annulment in 2014 and then a dismissal in 2016.

Precisely these actions were criticized this week by the Prosecutor’s Office. It is not explained how Judge Madeleine Pinoargote and later Judge Lorena Jaramillo were able to rule in favor of the partners of Foglocons. They were Luis Eduardo Sánchez Yánez and Álvaro Pulido. According to the prosecutor, this company between September 2012 and March 2013 moved $ 159 million through the Sucre system. In this case there were fictitious exports of building materials and prefabricated panels for houses. In this case it was achieved freeze some $ 56 million that were in the Amazon and Austro banks, but they were finally released in an opaque way.

Another example is that of the company Espinosa & Castellanos Comercializadora Internacional Cía. Ltda. (Escastell) that I would have received $ 27.8 million of the Sucre compensation system for sales of vegetables and agricultural machines to Venezuela, between November 2011 and May 2013. The authorities detected falsification of invoices and surcharges. As an example, they exported a corn sheller at $ 410,200, when it really cost $ 2,473. In this case, there was a sentence of four years.

Coopera, for its part, would have carried out 84 unusual and unjustified transactions for $ 35.2 million, between October 2012 and May 2013, to the accounts of 12 “paper” companies throughout Sucre. In this case, a sentence was also obtained.

The dissimilar results of justice put other judges under the microscope as well. In the Foglocons case, Salazar said that Currently Gabriel Manzur, who was part of the Court that supported the dismissal, is a fugitive for alleged illicit enrichment. Silvana Valladares is also being investigated in connection with a transfer to Manzur. Valladares was a defender of Foglocons.