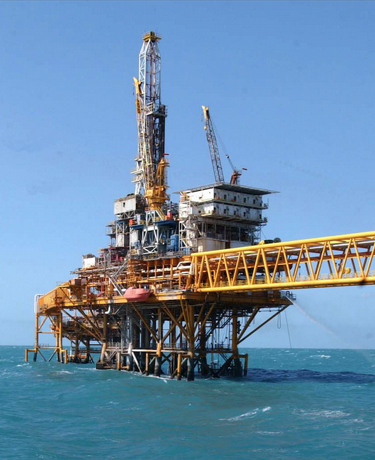 Oil prices recovered at the close of the day yesterday after a fall, due to fears of a possible entry of Russian troops into Ukraine.

In London, a barrel of Brent from the North Sea for January delivery closed slightly higher from 0.27% to 82.87 dollars, after losing up to 1.18% in the session.

This information, served by the international agency AFP, refers that according to Bloomberg, the US government made known among several European leaders its concern about the sending of Russian troops to the border with Ukraine, which could presage a major military operation.

Ukraine has been locked in a deadly war with pro-Moscow separatists in the east since 2014, when Russia seized the Crimean peninsula.

OPEC down
Earlier, the Organization of the Petroleum Exporting Countries (OPEC) had revised down its growth forecasts in world demand for crude oil in 2021, due to the slowdown in the economic recovery during the third quarter in China and India.

In its monthly report, OPEC estimates that global demand will increase by 5.7 million barrels per day (mbd) throughout 2021, less than the forecast in October (5.82 mbd) and September (5.96 mbd). Thus, world oil consumption would reach 96.4 mbd in 2021, according to OPEC.

“These revisions are mainly due to a lower-than-expected demand from China and India in the third quarter of 2021,” explains the organization.

China’s GDP grew 4.9% during the third quarter, against 7.9% in the second. In October, the International Monetary Fund (IMF) revised down its expansion forecasts for that country, the engine of world growth, setting it at 8% during the year (-0.1%).

OPEC, for its part, maintained its forecast for global demand growth for 2022, with an increase of 4.2 mbd.

Regarding its production, the cartel estimates that it reached 27.3 mbd in October, that is, a rise of 217,000 barrels per day compared to September.

Prices in DR
The nervousness generated by the possibility of a new crisis in Ukraine in the international prices of a barrel of oil, could be reflected in an increase this week in fuels. Last week, the Ministry of Industry, Commerce and MSMEs (MICM) decided to keep the prices of all fuels unchanged until today when it will announce the rates that will govern sales for next week.

The week from October 30 to November 5, premium gasoline rose RD $ 3.00, optimal diesel RD $ 2.50 and other fuels maintained their price.

KNOW MORE
552 million.
The MICM authorities stated that to keep fuel costs unchanged from November 6 to 12, the Government would assume some RD $ 552 million.