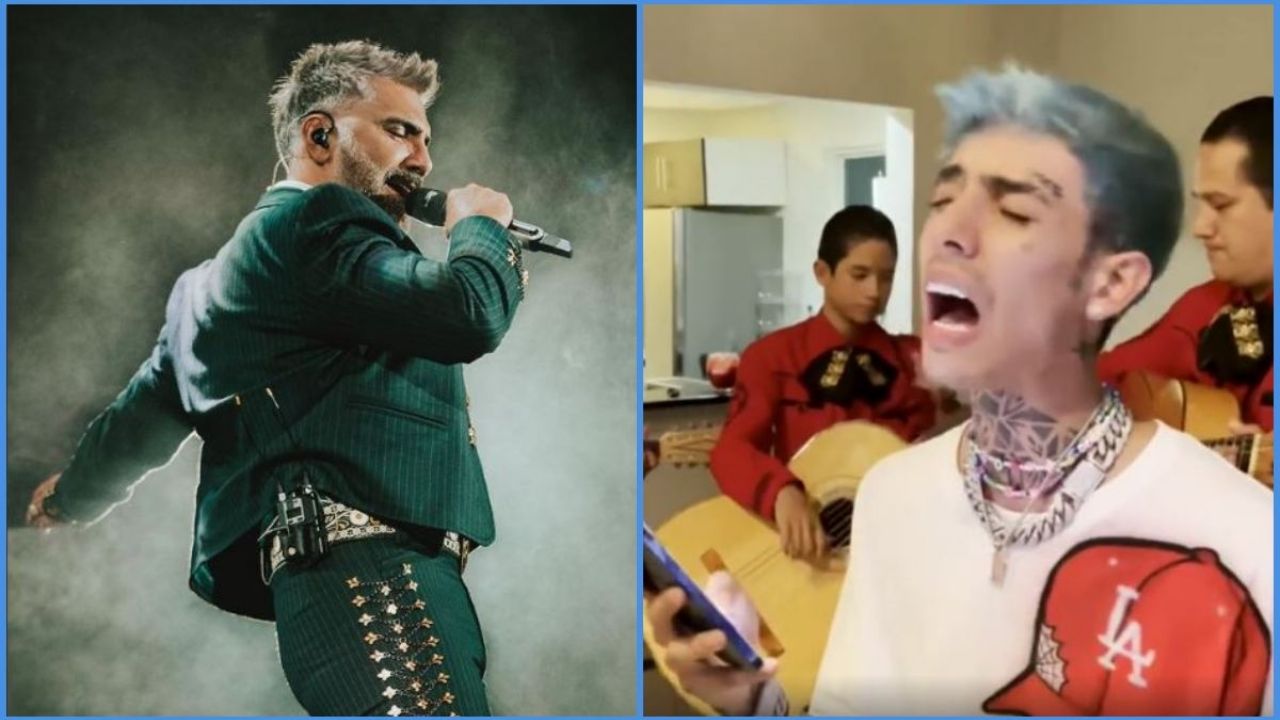 Born in Hermosillo, Sonora and successful youth representative of regional Mexican music in Mexico and the United States, Nathanael Cano, He took the spotlight of his followers on social networks, for carrying out a respectful ‘imitation’ of another ‘monster’ of Mexican regional and ranchera music, we refer to ‘Potrillo’ Alejandro Fernández.

This song is part of the album ‘Open heart ‘ of the Jalisco interpreter, the album was released in 2004, achieving enormous success among the fans of ‘Potrillo’; It should be noted that the song is the work of another great musician and singer-songwriter, we refer to Leonel Garcia, a member of ‘Sin Bandera’, who in that year gave his composition to the voice of the son of ‘Charro de Huentitán‘, Vicente Fernandez.

Criticism rains him for and against

Cano offered a very heartfelt performance that was applauded by his followers, but also received harsh criticism for ‘destroying’ García’s song and performed by Alexander.

Criticisms of his work focused on pointing out that the song was ‘shouted’ rather than sung, while his followers applauded his work and pointed out that Nathanael was in ‘romantic’ mode, so he decided pay homage to one of the greatest representatives of the vernacular music in Mexico and the world.

The video ‘posted’ on Instagram He has so far achieved more than 450 thousand views, hundreds of comments (most of them favorable) and dozens of ‘hearts’ for his work, which undoubtedly opened the door for comparisons, so here we leave you, both videos , that of Nathanael and that of Alejandro Fernandez so you can decide who is your favorite.

Natanel Cano, at the height of the greats: this is how Vicente Fernández and Joan Sebastian sang | VIDEOS