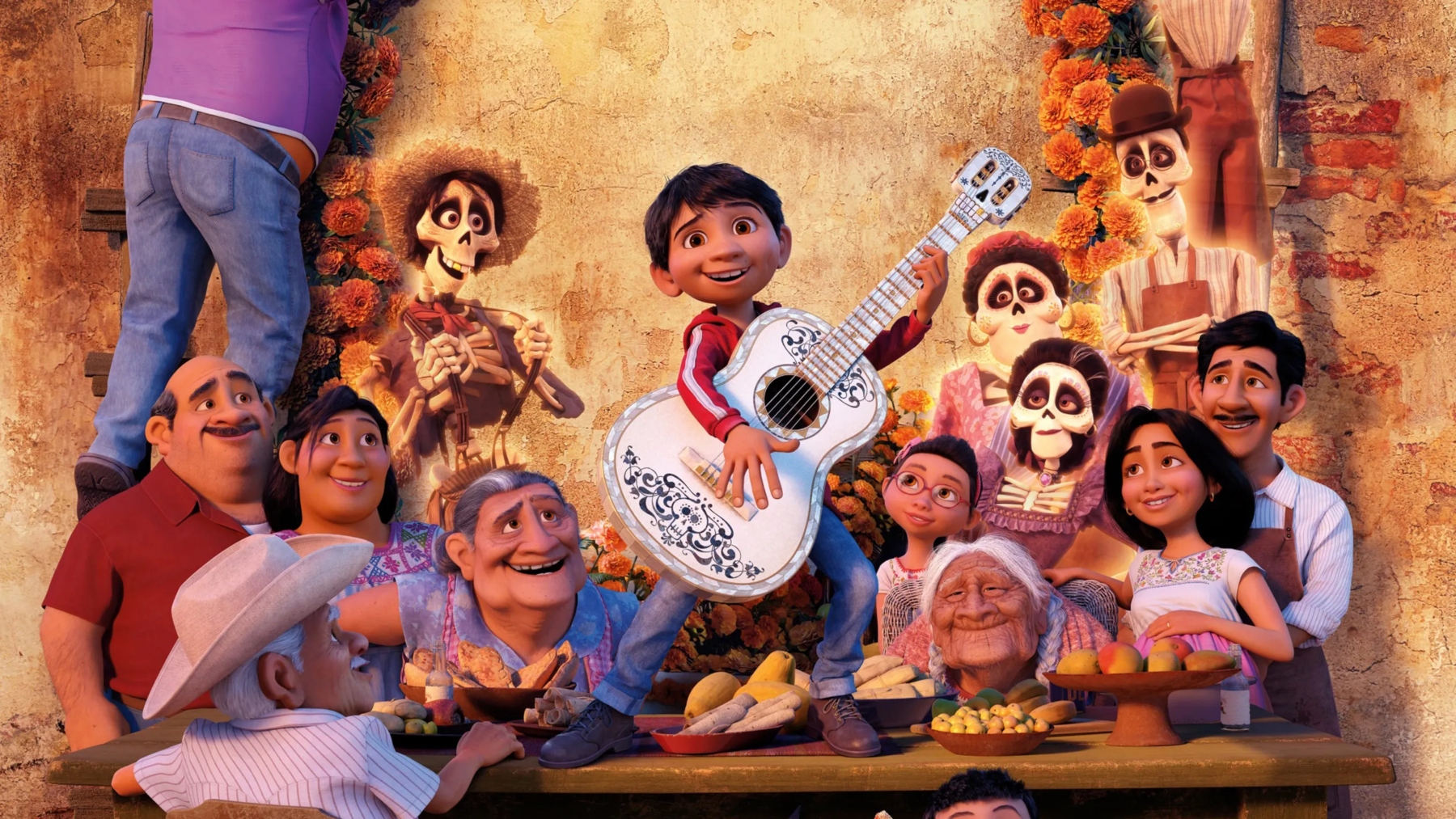 Movies to ‘marathon’ as a family on Halloween

This Halloween is not about Trick or Treating, it’s about the couch, the movie and the blanket. From classics that last over time and never fail, to newcomers to the platforms of streaming. We make a selection of thereal image and animation argofilms that must see at least once in family life on the scariest night of the year. And so that there are no surprises, or rather, night scares and nightmares, we ranked them from ‘least to most scary’ Well, although most movies are +3, some can keep the smallest of the house awake at night…

Pixar’s film reveals the World of the Dead, one of the most important festivities in Mexico to remember all loved ones who are no longer here. Colourful, fantastic and with a beautiful message. Your little one will discover that having a family is like having a treasure to take care of, and you will be overwhelmed with emotion.

We are not talking about the 2016 film in which Chris Hemsworth appeared, nor the one that was released last year, directed by Jason Raitman. We refer to the original Ghostbusters from 1984. Fun and entertaining for children and adults alike.

Platform: The classics on Amazon Prime Video and HBO Max, and the animated one on Netflix.

The character can be scary, but the movie is not scary

This is one of the most charismatic characters that Tim Burton has given us and, therefore, the film that cannot be missed this (or any Halloween) Halloween. Fantasy, drama, comedy and a sweeping retro touch. Eduardo Manostijeras is the Frankenstein of those of us who went to the EGB and that every child should know.

We continue with a classic of Tim Burton’s Halloween movies. Indeed, If you are a fan of the filmmaker, you cannot miss the exhibition ‘Tim Burton El Laberinto’, in Madrid, which mixes exhibition, immersive game and cinematographic set. The only thing is that it is not recommended for children under 14 years of age.

Bitelchus tells the story of a ghost couple who discover that their newlyweds’ house has been sold. The song ‘Banana Boat’… will make you dance!

David Casademunt, the director of ‘El Páramo’ (a horror film starring Inma Cuesta) recognized that to recreate his ‘monster’ he was inspired by ET, a character that terrified him as a child. And it is that, ET either falls in love or scares … However, the story of Steven Spielberg is the most tender. It narrates the friendship between a boy and an alien who is abandoned on Earth.

Platform: On all platforms

They make you think about death

“A man puts an engagement ring on a dead woman’s finger as a joke. What the poor mortal does not know is that the dead woman will claim her rights as her fiancee », this is how Tim Burton himself summed up his animated film at its premiere in 2005.

The underworld, the world of the dead, limbo… a dark and magical style that far from being scary is something incomprehensible for the little ones who will ask you a thousand and one questions.

The owner of a huge mansion hires a ghost expert to kick out those who live there. Casper is a young and tender soul who has to deal with his uncles Whip, Tufo and Gordy. The names say it all: laughs are guaranteed.

The bad ones (which are now good) of the usual tales

Maleficent isn’t the baddie from Sleeping Beauty, she’s actually a fairy with a pure heart and amazing black wings… Protect and guard Aurora and it teaches us that true love is not that of a prince charming… (and we can read until here to avoid spoilers). There are two installments, the first is a little less scary and is already one of the classic movies to watch on Halloween.

The villain of 101 Dalmatians is overwhelming. Emma Stone takes us to the origins of this character who, in reality, is not cruel. A very moving story aesthetic and with a luxury costume design, by Jenny Beavan, twice winner of the Oscar for Best Costume Design for ‘The King’s Speech’ and ‘Mad Max: Fury Road’.

Movies with scenes that will make you ‘close your eyes’

It is an ideal cult movie to watch on Halloween, based on the novel by Neil Gaiman. Fantasy and nightmare… the story focuses on an eleven-year-old girl who, walking through the wall of her house, finds herself with the dream version of her life and with more permissive parents. However, all is not gold that glitters…

Both the first and second parts, which have just been released on Disney+, are the most entertaining movies to watch on Halloween. The Sanderson sisters (and witches) are as evil as they are charming.

With the unmistakable aesthetics of Tim Burton, the film is dreamlike as well as terrifying. Based on the homonymous novel by Ransom Riggs (2011), it tells the story of a boy who, after a terrible tragedy, follows clues that lead him to an orphanage run by Miss Peregrine (Eva Green) who, Like the children who live in his home, he has extraordinary.

Just released on Netflix, it’s one of the latest perfect Halloween movies. It stars Charlize Theron and Kerry Washington. The first plays a teacher of villains and the second trains future heroes. The length is based on the best seller by Soman Chainani.

Previous Assassin’s Creed 2: This is the remake that a fan imagines in Unreal Engine 5
Next Gotham Knights is updated on computers to improve its performance