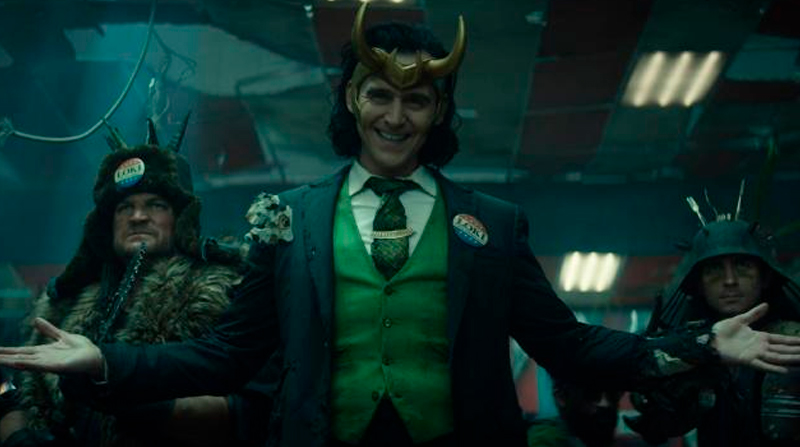 Movies and series that will be released in 2023

Loki returns with his charisma and dangerous charm in a Disney Plus series. Photo: Disney Plus

At this time, balance sheets and projections are the daily bread. 2022 has been the scene of a tense relationship between the cinemas and the platformsalthough in some cases they have been the best allies. Netflixthe favorite for years, had to draw up a plan of own production and innovate their content to stay, capture their audience and compete with monsters like Disney+, Star+, HBO Max, Prime Video, Apple TV, Paramount+ or new platforms for the Latin American public, such as ViX (Televisa and Univision).

From the return of Grease, through That 70s Show, to Scooby-Doo, the streaming will have an air of nostalgia in 2023 thanks to the premiere of prequels, aftermath and the arrival of expected finals of some iconic series. The entertainment has found in nostalgia the key to commercial success when it comes to telling stories.

Proof of this has been the number of series set in the past, as is the case with the global phenomenon from ‘stranger things‘, which revives the 1980s; the new stories derived from the films of the saga ‘stars Wars‘ (The Mandalorian or Andor), or the revival of ‘karate Kid‘in the series’Cobra Kai‘. The formula is repeated in the most anticipated releases of next year.

The series are ratified as the greatest attraction of the platform. Among the massive production that has prepared Netflix the fourth season will arriveyou‘, a thriller that has conquered its audience.

A couple of spin-offs will be the most anticipated of the year: ‘Queen Charlotte‘: a story of the Bridgertons and Berlin, one of the most popular characters from the hugely successful ‘Home of paper‘, will have its original production.

Speaking of ‘The Bridgertons‘, its season number 3 will be seen; ‘The Witcher‘, with Henry Cavill, will end in 2023 in its third cycle; ‘Black Mirror’ returns against all odds with its sixth part; ‘Snowpiercer’ will tell its season 4, and closing its story as one of the great series of recent years appears ‘The Crown‘, inspired by the experiences of the British crown.

As to films there are heavyweights in the direction Y performance. will be released ‘Luther’inspired by the series with Idris’Elba‘; ‘Heart of Stone‘ (with Gal Gadot); The snow society, from Spanish Juan Antonio Bayona (the same as ‘The Orphanage’, ‘The Impossible’ and ‘A Monster Comes to See Me’); rebel moonthe new of zack snyderdirector of 300 and ‘The Justice League‘; ‘The Wonderful Story of Henry Sugar‘, from director Wes Anderson, director of Fantastic Mr. Fox, ‘The big hotel budapest‘ Y ‘Moonrise Kingdom‘, Y ‘Teacher‘, the biopic of the legendary conductor Leonard Bernstein starring and directed by Bradley Cooper.

The Cinematic Universe from Marvel mid-year will include the second part of ‘Loki’ and the premiere of ‘Threw out‘, a string derived from ‘hawkeye‘ (2021) in which the origin of the superheroine Maya Lopez. Other premieres of the year are ‘Gina Yei‘, which will arrive on January 11, and ‘mila’in it multiverse, the 25th of the same month. The series of ‘Peter Pan ‘Y ‘Wendy Y Win or Lose’ They will also debut on a date to be confirmed.

The fourth stage of the series ‘High School Musical‘, inspired by the famous musical, will be another of the expected titles of 2023; beside ‘Star Wars: Young Jedi Adventures‘ (animated series), ‘The muppets’ and the second season of ‘Mayhem Doogie kamealoha‘, MD
Among the local productions of Disney+ Standing out for next year are ‘CHUECO’, ‘Freeks’, ‘Viaje al centro de la Tierra’ and a new season of ‘El club de los graves’, starring Carlos Vives.

Previous Meet your goal of exercising more with these tips | Videos | Univision 14 San Francisco KDTV
Next Do you know the key points of the new Al Mazrah map of Warzone 2.0?