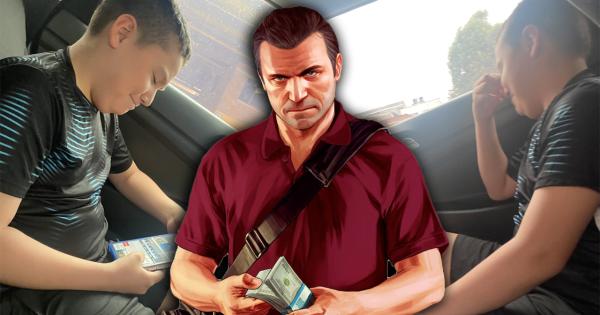 Mother gives GTA V to her 11-year-old son; she finds out what the game is about and returns it

It is undeniable that children and young people make up an important segment of the market that consumes video games. That said, there are titles that are only suitable for adults due to their adult and violent content. Thus, a mother caused a debate on social networks by returning the gift that she gave her son during the Christmas weekend.

Upon learning of the content, mother returns the Grand Theft Auto V that she gave to her son

Through a publication on Twitter, the user María (@camilahuertasgu) revealed that her 11-year-old brother was given a copy of Grand Theft Auto V for PlayStation 4. However, he indicates that his mother found out about the content of the video game and decided to return it to the store.

In the photographs that were shared on social networks, we see that the minor is remarkably disappointed at having to return the video game that was already in his possession. However, he knew how to empathize with his mother and understood the situation, according to the sister in response to a netizen who commented on the publication.

They bought the gta for my brother and we are going to return it because my mom read what it was about hahahahahahahsjsjs pic.twitter.com/mz8Eei2LNA

Total. The mistake was my mom’s… well we are human. I also did not agree that they changed it after having delivered it. The important thing is that my brother understood and I empathize with my mom for not having read it before.😊

They changed it for this one hahahaha pic.twitter.com/VUlhXjpQMA

Luckily, the 11-year-old boy was not left empty-handed after this incident. Maria revealed that they changed the Grand Theft Auto V for a copy of Crash Bandicoot N. Sane Trilogythe acclaimed collection that includes 3 remastered titles from the franchise.

Related Video: Check Out Those Prices! Will inflation kill off gaming?

No doubt many people reacted to this unique story and took the opportunity to share their opinion. As expected, some Internet users criticized her mother for withdrawing the gift from her son, as they affirm that they should have taught her to differentiate fiction from reality.

In case you missed it: Do video games generate violence? 10-year study says no

Although they recognized that they played titles like GTA: San Andreas and similar in their childhood, other Internet users agreed with the child’s mother and assured that children should try titles that show content suitable for their ages.

“As a child I would have called you an exaggeration, but now as an adult I think it was the right thing to do. Besides, there are many games that do not look childish and are still suitable for children of 11 years. For the next one, investigate the classification, that’s what it is for ”, argued a person.

“When I worked at Blockbuster, I prevented a child from buying a gta because I explained to his mother what the rating letters in video games were about. they took a LEGO and the boy hated me with all his soul.” a user commented.

Find out: 8-year-old boy asks for a job at a restaurant to buy an Xbox; They didn’t give him a job, but there is a happy ending

But tell us, what do you think of this story? Do you think the mother acted in the best way? What would you have done in her place? Let us read you in the comments.

You will find more news related to the gaming industry if you click here.