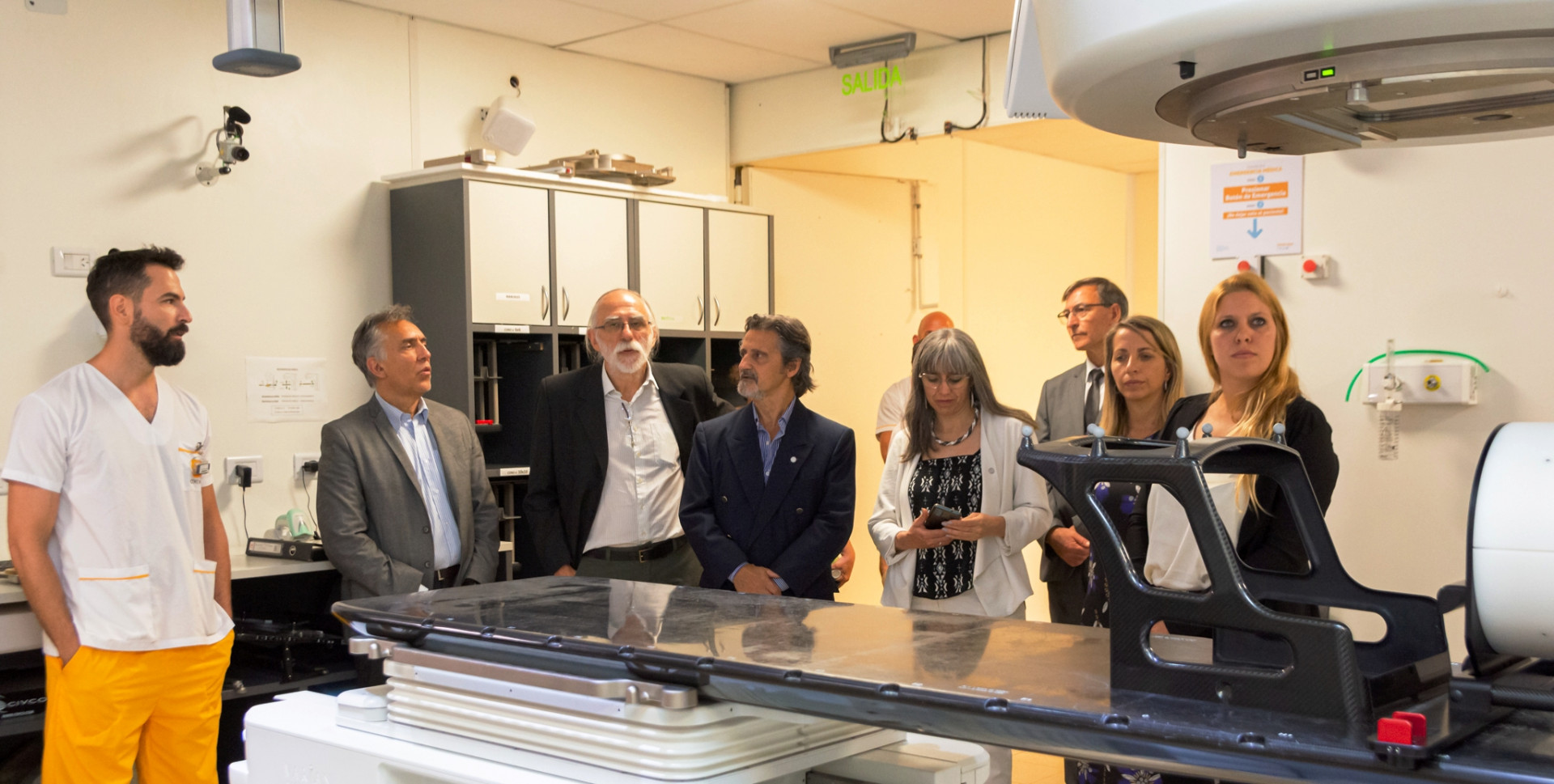 More than 100,000 patients have already been treated at the Entre Ríos Nuclear Medicine Center

“The presence of nuclear medicine centers close to people who need treatment, especially cancer, is a huge change in terms of quality of life. Because in this way they have the possibility of receiving emotional support from their families and they do not need to be away during the treatments,” said the president of the National Atomic Energy Commission, Adriana Serquis, during the institutional act.

The act had been scheduled for December 20 and coincided with the celebration throughout the country of the triumph in the Soccer World Cup. The analogy that can be made is that this is also a winning team that works for the health of the people of Entre Ríos. A task carried out by CEMENER, together with the Institute of Social Work of the Province of Entre Ríos (IOSPER), the government of the province and the University.

CEMENER was created in 2015 by the National Atomic Energy Commission, the province of Entre Ríos and IOSPER. It has been operating since 2015 in the town of Oro Verde, near the provincial capital, Paraná. It is mainly dedicated to the diagnosis, treatment and professional assistance in oncological, cardiac and neurological diseases.

CEMENER recently began a new stage with the aim of expanding its services through community access to highly complex diagnostic equipment. For this, it is developing a program that allows it to increase the number of patients attended through the implementation of new practices that maximize the use of installed capacity.

“Treatments include radiotherapy and diagnostic imaging. The possibility of having a nuclear medicine diagnosis improves the precision to detect any type of disease, such as heart diseases”, said Serquis. “This means that the services provided by CEMENER through the use of radioisotopes improve the quality of life of the population,” he explained.

The implementation of these new practices will require strengthening the care aspect and scientific research. CEMENER dedicates more than 5% of its annual expenses to scholarships, courses, registration for congresses, rotations in other institutions, etc., as part of its updating and training program for professional and auxiliary personnel.

As part of this growth strategy, the entity is working on the development of a Women’s Center, with the objective that patients can undergo all gynecological check-ups in a single day in the same place.

Most of CEMENER’s patients are found within the province of Entre Ríos, but they also come from other parts of the country since its services are national in scope.

It has state-of-the-art technology ‒acquired with funds from the National State‒ that includes the following equipment:
– 2 Truebeam linear accelerators, the first to be installed in our country; technology that integrates radiotherapy and image-guided radiosurgery in minimally invasive treatments.
– 1 SPECT/CT (single photon emission computed tomography combined with an X-ray tomograph), one of the most advanced technologies in general use, since it allows the use of conventional radiopharmaceuticals. – 1 PET/CT (positron emission tomography combined with an X-ray tomograph), equipment that allows obtaining 2D, 3D and 4D anatomical and functional images to provide more precise diagnoses and in a non-invasive manner.
– 1 nuclear magnetic resonator, which provides high-precision morphological images that achieve excellent results in early detection and identification of tumors, therapy planning (including surgery) and treatment control.
– 1 brachytherapy equipment for the placement of encapsulated radioactive sources (seeds) within the proximity of a tumor (mainly in the prostate and cervix).

The day hospital includes cancer clinics and chemotherapy boxes, specially designed to offer comfort to patients during their treatment. A pharmacy operates in an integrated way for the delivery of medicines.

Through the Foundation, community access to diagnostic, therapy, assistance, research and teaching services is facilitated through the use of highly complex nuclear technologies applied to health. The Board of Directors of the entity is made up of representatives of each of the signatory entities.

In the case of the CNEA, the institutional contribution facilitates the link with the network of nuclear medicine centers. This allows CEMENER to have support in teaching and research through the organization and coordination of rotations or internships in other renowned centers, such as the FUESMEN in Mendoza and the FCDN in the Autonomous City of Buenos Aires.

Previous The one from Argentina was put on, now he says yes to direct the Mexican National Team
Next 14 Couples of Marvel actors in real life