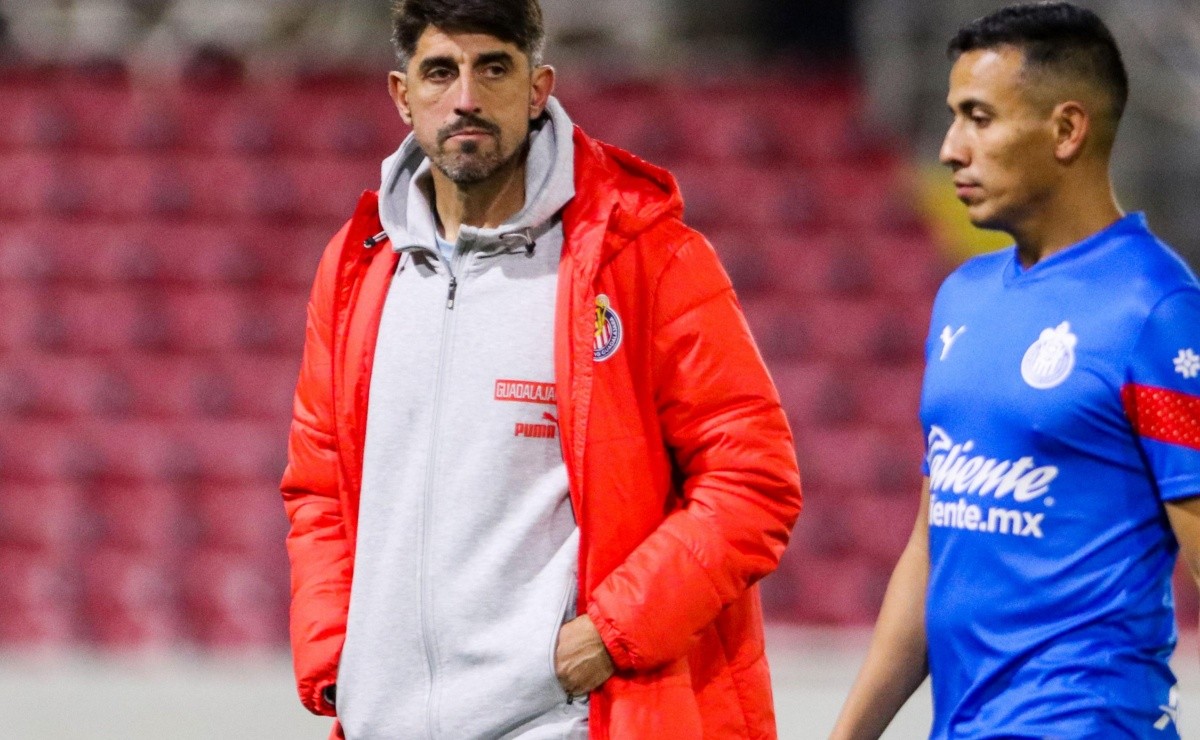 More reinforcements? Chivas does not rule out the arrival of a defender for the Clausura 2023 before the possible departure of Antonio Briseño

The Chivas de Guadalajara board of directors is working on the preparation of the stellar squad for the Clausura 2023 and does not rule out going for a defender in this transfer market before the possible departure of Antonio Briseño.

The Chivas de Guadalajara sports board, headed by Fernando Hierro, works on the preparation of the rojiblanco star squad for the 2023 Closing Tournament of Liga MX and does not rule out going for a central defender in this pass market against the possible departure of Antonio Briseño after his remarkable performance in the pre-season Sky Cup matches.

The main squad of Rebaño Sagrado, under the command of coach Veljko Paunovic, trains on Monday at the facilities of the sports city of Verde Valleto refine the details of his next presentation against Atlas on the last date of Group B of the Sky Cup and continue with the preparations for the extensive preseason, to the debut against Rayados de Monterrey at the BBVA Stadium, corresponding to Matchday 1 of the Clausura 2023.

Paunovic, along with his international coaching staff, carried out an in-depth evaluation of the current rojiblanco squad and approved the confirmed departures of Josecarlos Van Rankin (Necaxa) and Jesús Ricardo Angulo (León), the latter to allow reinforcement with the attacker Víctor Guzmán. Waiting to make the departure of the fold of others official, such as: the goalkeeper José Antonio Rodríguez (Necaxa) and striker Ángel Zaldívar, coveted by Atlético de San Luis and Tijuana in this market.

León Iturbide, a stellar journalist for Rebaño Pasión, appeared on his personal account on the social network Twitter to warn of a current dilemma within the Verde Valle offices, stating that “In Chivas, going for a defender is analyzedbut there is a possibility that they will stay that way because Paunovic is pleased with Pollo Briseño, thanks to his delivery, commitment and level that he is demonstrating in preseason. It will be decided in the next few days“.

Veljko Paunovic’s coaching staff, according to the information provided by our collaborator, would be in front of a great dilemma with the sports director Fernando Hierro before the possible departure of defender Antonio Briseño in this transfer marketdue to the probable negotiation with Tijuana for the center-back Víctor Guzmán that will include Ángel Zaldívar. Although the Serbian tactician would prefer to keep the experienced defenderafter his remarkable performance in this preseason.