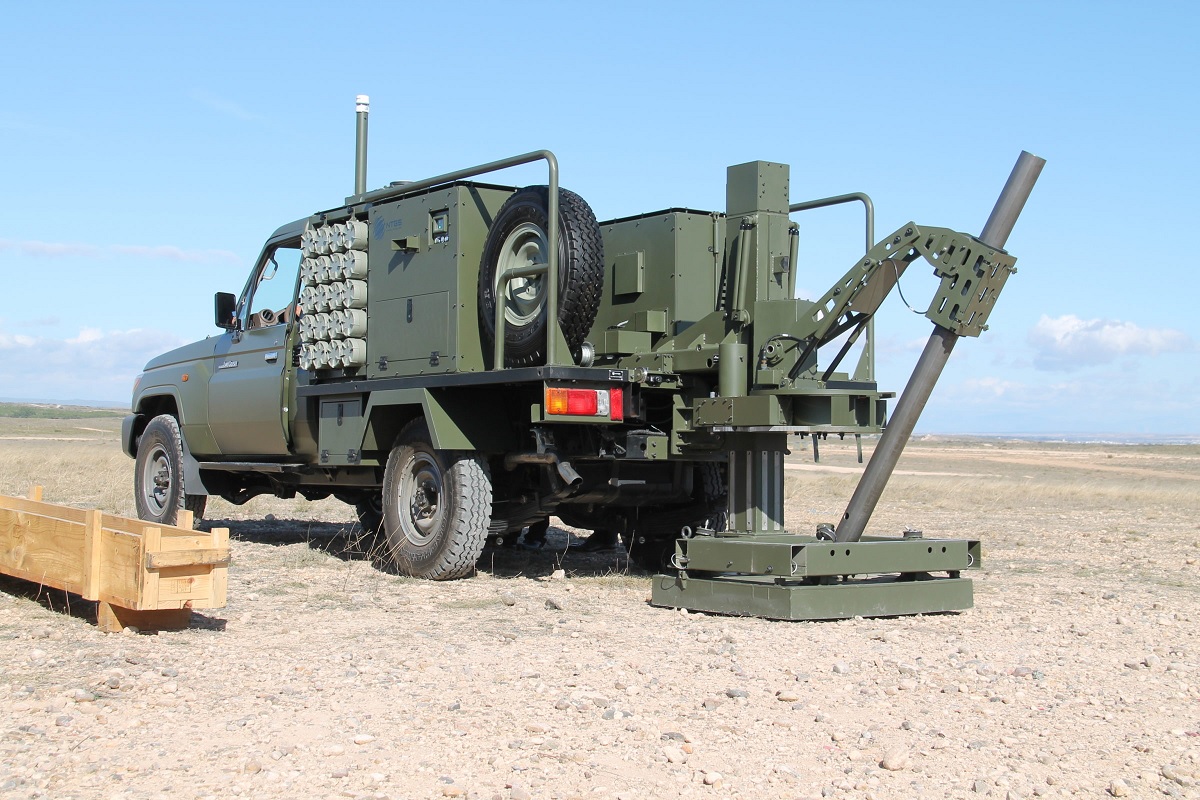 Recent conflicts in Europe and the Middle East have once again validated the need for highly mobile fire support assets capable of getting into action in the shortest possible time. This is demanded by the increasingly recurrent presence of surveillance and detection systems such as unmanned aerial vehicles, counter-battery radars and other multi-sensor means.

In order to offer a mobile and fast operating platform, the New Technologies Global System company developed the Scorpion modular mortar carrier system. Conceived primarily for first response units, the Scorpion was designed to equip light/medium 4×4 vehicles with an 81 or 120mm mortar mounted on a pneumatic deploy and retract system, which allows you to fire with the gun on the ground. , being able to carry out a rapid sequence of shots and leave the position in less than 30 seconds.

To take full advantage of the capabilities of the mobile system, Scorpion is associated with a digital fire control unit that allows it to make the necessary ballistic calculations once the vehicle has taken position. GPS units and a weather station provide all the necessary data for projectile trajectories, while the communication unit allows linking with other elements on the ground, such as drones or scouting units, which will update and provide additional information. on the status of the targets to be destroyed.

The fire control unit can be operated from a computer screen and keyboard inside the 4×4’s cab, or from outside the 4×4 via a hardened tablet, eliminating the need for mortarmen to be constantly exposed in around the piece, only for recharging it. The unfolding and retracting of the plate and the tube is carried out by means of a pneumatic system, thus allowing that the recoil is not absorbed by the suspension of the vehicle but by the ground.

Once the Scorpion’s deployment system is actuated, and the plate sits on the ground, the tube still has freedom of movement of around 120 degrees. Depending on the type of mortar, the carrier vehicle can be configured to carry up to 72 81mm or 40 120mm shells. The ammunition containers were placed on the sides of the vehicle, facilitating access for the mortarmen. The maximum range is between 6,500 and 8,000 meters, depending on the mortar model.

As we mentioned, the Scorpion can be mounted on two-ton 4×4 vehicles, from Land Cruiser VDJ79 trucks, through URO VAMTAC all-terrain vehicles or armored vehicles. In the latter case, we have the Ukrainian BARS-8MMK system as an example, for which the BARS-8 4×4 armored wheeled vehicle has been used. Based on the Dodge Ram 4X4 pickup chassis, the BARS-8 has a gross weight of 10,000 kg and a payload capacity of 2,000 kg. Its armor offers protection of level 2 STANAG 4569 (light weapons or artillery splinters). Accommodates three crew members and 60 120mm shells.

Total: 3250 kg (not including tube and ammunition).

You may be interested: Gallery – The Paratrooper Artillery Group 4 in the SALINAS XI exercise

Previous take the strategy classic by the face
Next Fragile will be important in Death Stranding 2, confirms Hideo Kojima