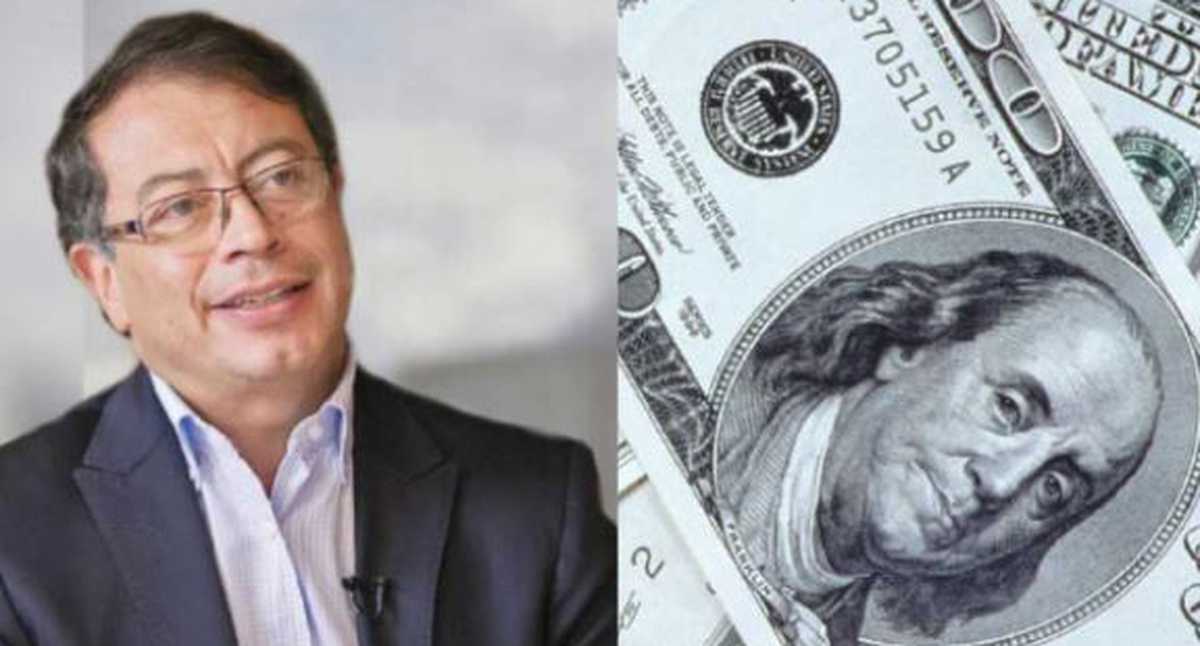 The price of the dollar in the country has had some changes in recent days, due to the uncertainty generated by the presidential elections in Colombia, in which Gustavo Petro emerged victorious.

After the results of the elections, information began to circulate in which they assured that the currency had suffered a strong rebound due to the victory of the Cordovan. It was even possible to spread an image of an exchange house that was selling it for 5,000 pesos.

Given this controversy, José Manuel Restrepo, current Minister of Finance of Colombia, had to clarify this issue and assured, in dialogue with Caracol Radio, that the markets are closed during the weekend.

“Today the markets, both in the United States and in Colombia, they are closed. A photo of a bureau de change at an airport in the country does not represent anything”, the official specified.

Although he did not provide further details, the head of the portfolio explained that only until this Tuesday will the true changes in the price of the dollar be known after the elections, which broke voting records.

“We have to be clear and act truthfully. We will only know, suddenly, around 6:00 in the afternoon (today) some Next Day operations, where we will surely know the behavior of the exchange rate”initially stated.

Then the minister reiterated that “In no way, a photo of a bureau de change at an airport, represents the international market. This is not at all representative in Colombia and in the world.”

Restrepo finally took advantage of the interview with that station to state that they are ready to start the respective junction with the cabinet of the elected president, Gustavo Petro, as soon as possible.

According to the indicators of the Colombian Stock Exchange, The US currency registered a small fall last Friday and will start the week slightly above 3,900 pesos, since it will be quoted at 3,905 pesos.

Similarly, the entity He pointed out that the Market Representative Rate (TRM) for the opening of the session on Tuesday, June 21, will be 3,905 pesos. However, variants could occur in the early hours of the day.

How much can the dollar rise after Petro’s triumph?

The election of Gustavo Petro, Colombia’s first centre-left president, has generated quite a bit of nervousness in different sectors of the international and national economy.

This concern stems, above all, from his ideas on fronts such as oil exploration, pensions, the independence of the Bank of the Republic and the massive delivery of subsidies.

Julio César Romero, an economist at Corficolombiana, assured that it is most likely that the US currency will grow about 10% this Tuesday, compared to the level it had last Friday, which would imply an approximate value of 4,300 pesos.

Likewise, Alejandro Reyes, BBVA Research’s chief economist for Colombia, assured that the price of the dollar will stabilize in the country after the first announcements of the elected president, as is happening in Chile.

“Petro and his campaign they have migrated towards a more concerted discourse with the center and frame it in a ‘responsible’ change, which becomes a potential incentive for the investor”, concluded Reyes in WEEK.