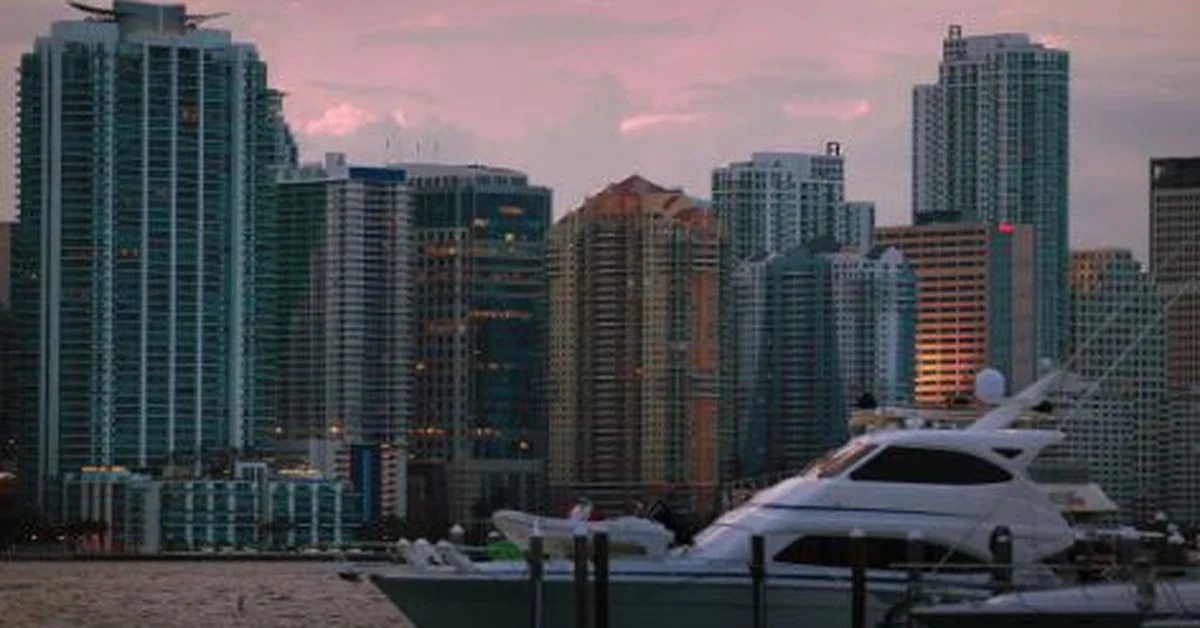 Photo provided by Prestige Realty Group showing the One Thousand Museum building, the only building designed in Miami by the famous Anglo-Iraqi architect Zaha Hadid, where the singer Nicky Jam bought a luxurious apartment for 6 million dollars. EFE/Prestige Realty Group

Another month, Another record for US single-family home rentals, up 14% year-over-year in Aprill, marking the 13th period of unprecedented annual earnings.

Supply shortages and a strong job market are driving up prices, according to CoreLogic, a property data provider.

“We expect single-family rental growth to continue to increase at a rapid pace through 2022″ said Molly Boesel, chief economist at CoreLogic, in a statement.

Among the large metropolitan areas monitored by the company, Miami posted the biggest gain: almost 41%. That’s about seven times the growth rate of 5.6% in April 2021 in the city. Meanwhile, East Coast metro areas, including New York City, Philadelphia and Washington, DC, saw some of the lowest increases.

On the other hand, Sales of existing homes in the United States fell to their lowest level in two years in May, while prices rose to a record level – surpassing the $400,000 mark for the first time.while mortgage rates rose, driving first-time buyers out of the market.

Despite a fourth straight monthly drop in sales and declining affordability, the National Association of Realtors (NAR) reported on Tuesday, the housing market remains quite hot as properties remained on the market. for a record 16 days last month.

“The market is far from weak,” said Conrad DeQuadros, chief economic adviser at Brean Capital in New York. “The full impact of monetary tightening is likely to take some time to manifest”.

Existing home sales fell 3.4% to a seasonally adjusted annual rate of 5.41 million units last month, the lowest level since June 2020, when sales were recovering from the slump caused by lockdowns. of COVID-19. Sales increased in the Northeast, but decreased in the Midwest, West and South.

The economists surveyed by Reuters they had forecast that sales would decline at a rate of 5.40 million units. Home resales, which account for the bulk of US home sales, fell 8.6% year over year.

May sales were mostly closings on contracts signed a month or two ago, before mortgage rates started to accelerate amid rising inflation expectations and aggressive interest rate hikes from the Federal Reserve. .

The 30-year fixed-rate mortgage rose 55 basis points last week to a 13-1/2-year average of 5.78%according to data from mortgage finance agency Freddie Mac. This is the biggest rise in a week since 1987. The rate has risen more than 250 basis points since January.

The report added to data on home starts, building permits and homebuilder sentiment to suggest the market was losing speed under the weight of higher borrowing costs.

File image of a single-family home with a for sale sign in Encinitas, California, USA. May 22, 2013. REUTERS/Mike Blake/File

A separate report from the Chicago Fed on Tuesday showed its National Activity Index fell to a reading of 0.01 in May from 0.40 in April.which he said “suggests that economic growth slowed in May.”

A value of zero for the monthly index has been associated with the national economy expanding at its historical rate of growth. Fears of a recession have been on the rise following the Federal Reserve’s decision last week to raise its interest rate by three-quarters of a percentage point, its biggest hike since 1994.

The Fed has increased its interest rate one-day benchmark at 150 basis points since March.

The real estate market is the most sensitive sector to interest rates. Its slowdown could help housing supply and demand come back into alignment and push prices down.

With demand cooling, monthly supply is likely to continue to improve. The Government reported last week that the houses completed in May increased to the highest level since 2007while the number of homes pending construction was close to all-time highs.

At the pace of May sales, it would take 2.6 months to deplete the current inventory of existing homes, up from 2.5 months a year ago. A supply of six to seven months is considered a healthy balance between supply and demand. 88% of homes sold in May were on the market for less than a month.

With home ownership out of reach for many people, rents are rising. The NAR said this trend was attracting more Wall Street investors to the market.alienating first-time buyers.

(With information from Bloomberg and Reuters)

Morgan Stanley CEO said there is a 50% chance the US will fall into recession
The price of gasoline in the United States reached a new record
Inflation in the United States rose to 8.6% annually in May: it is the largest increase in 40 years
After the release of the inflation data in the US, Wall Street closed in negative and ended another week in the red